USD/CAD holds a narrow range following the failed attempt to test the December-low (1.3160), but recent price action raises the risk for a further decline in the exchange as a bear-flag appears to be taking shape. 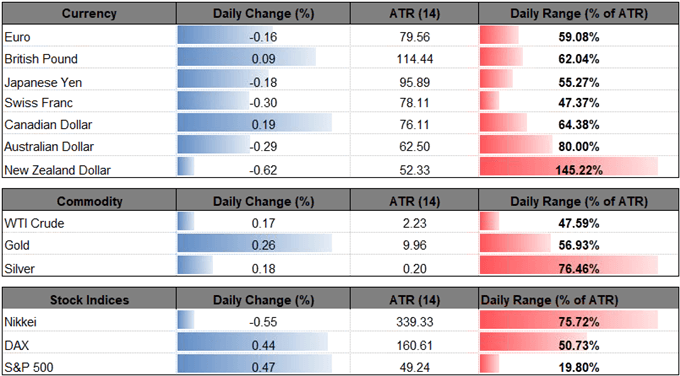 The recent rebound in USD/CAD appears to be sputtering as a growing number of Federal Reserve officials adopt a less-hawkish outlook for monetary policy, and it seems as though the central bank will endorse a wait-and-see approach at the next interest rate decision on January 30 especially as the government shutdown dampens the outlook for the U.S. economy.

Recent comments from Kansas City Fed President Esther George suggest the central bank will stay on hold throughout the first-quarter of the year as the 2019-voting member on the Federal Open Market Committee (FOMC) warns that ‘it might be a good time to pause our interest rate normalization, study the incoming evidence and data, and verify our current location.’ 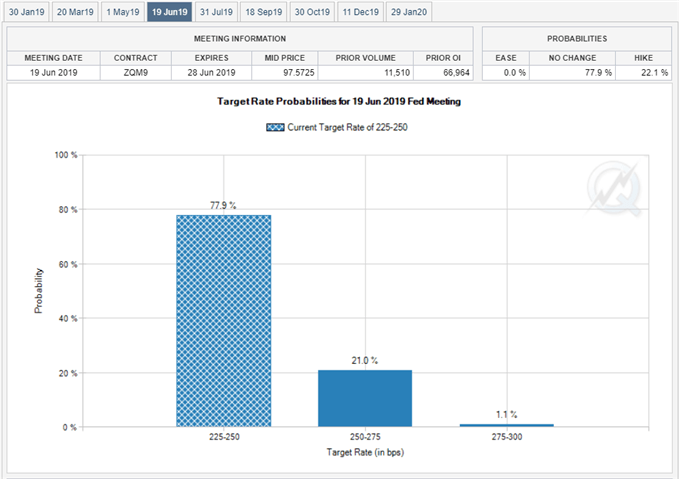 Moreover, Dallas Fed President Robert Kaplan appears to be joining his colleagues, stating that it could be a ‘matter of months, not weeks’ before the FOMC adjusts policy, and the material change in Fed rhetoric may continue to sap the appeal of the U.S. dollar as market participants scale back bets for an imminent rate-hike. In turn, Fed Fund Futures may continue to show limited bets for higher borrowing-costs, but it remains to be seen if the FOMC will scale back the $50B/month in quantitative tightening (QT) asChairman Jerome Powell sees the balance sheet to returning to a ‘more normal level.’

With that said, USD/CAD may continue to retrace the decline from the 2017-high (1.3793) as the Fed gradually moves towards a less-accommodative stance, but the recent pickup in market volatility appears to be spurring a shift in retail interest as traders flip net-long for the first time since September. 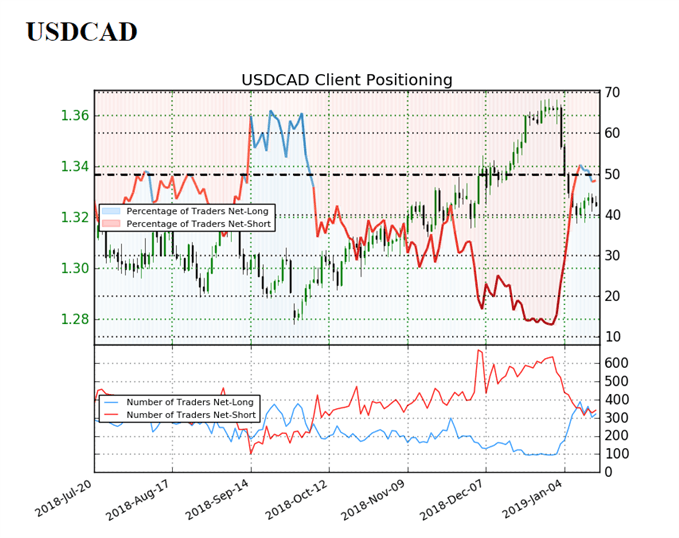 Market participation seems to be waning ahead of Canada’s Consumer Price Index (CPI), with the updates anticipated to show the headline reading for inflation holding steady at 1.7% per annum in December, but the recent accumulation in net-long interest foreshadows a broader shift in market behavior even though price and the Relative Strength Index (RSI) snap the bullish formations carried over from late-2018.

With that said, the USD/CAD correction from the December-high (1.3665) may continue to materialize before the broader trend takes hold, with the downside targets still on the radar as a bear-flag appears to be taking shape. Sign up and join DailyFX Currency Analyst David Song LIVE for an opportunity to discuss potential trade setups. 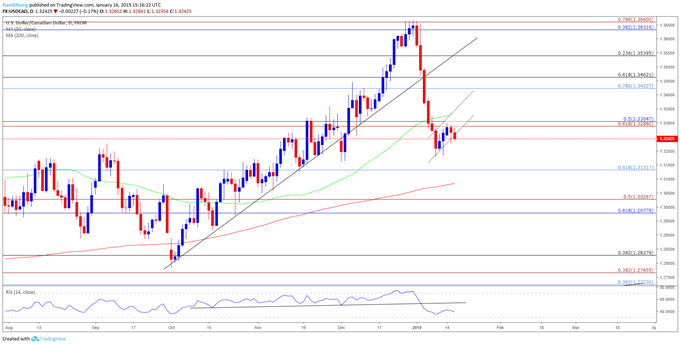