USD/CAD snaps the bearish sequence from earlier this month despite the uncertainty surrounding U.S. fiscal policy, and the failed attempt to test the December-low (1.3160) appears to be spurring a shift in retail interest even as a bear-flag formation starts to take shape. 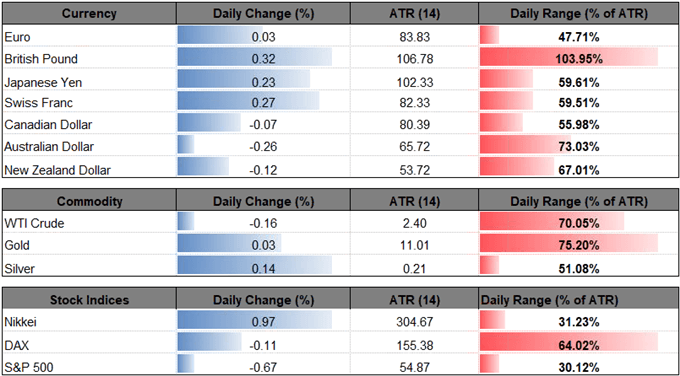 USD/CAD pares the decline following the Bank of Canada (BoC) interest rate decision as market participants mull the fresh comments coming out of the Federal Reserve, and the it seems as though the central bank will continue to project a longer-run interest rate of 2.75% to 3.00% even as the U.S. government shutdown drags on the economic outlook.

At the same time, it remains to be seen if the Federal Open Market Committee (FOMC) will scale back the $50B/month in quantitative tightening (QT) as Chairman Jerome Powell still expects the balance sheet to return to a ‘more normal level,’ and the less-accommodative stance may keep USD/CAD afloat in 2019 as the central bank achieves its dual mandate for full-employment and price stability.

With that said, the broader outlook for USD/CAD remains constructive as the exchange rate continues to retrace the decline from the 2017-high (1.3793), but the recent pickup in market volatility appears to be spurring a shift in retail interest as traders flip net-long for the first time since September. 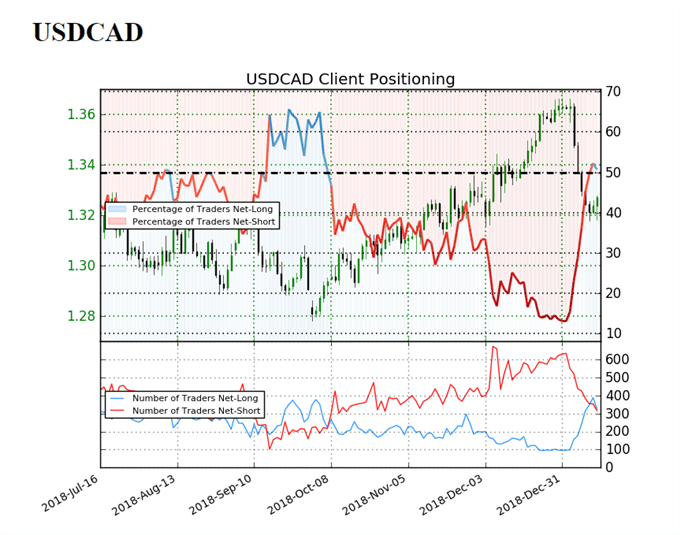 The decline in net-short position points to profit-taking behavior in light of the decline in the exchange rate, but the sharp accumulation in net-long interest warns of a shift in market behavior even though price and the Relative Strength Index (RSI) snap the bullish formations carried over from late-2018.

In turn, USD/CAD may extend the correction from the December-high (1.3665) before the broader trend takes hold, with the downside targets on the radar for the coming days as a bear-flag appears to be taking shape. Sign up and join DailyFX Currency Analyst David Song LIVE for an opportunity to discuss potential trade setups. 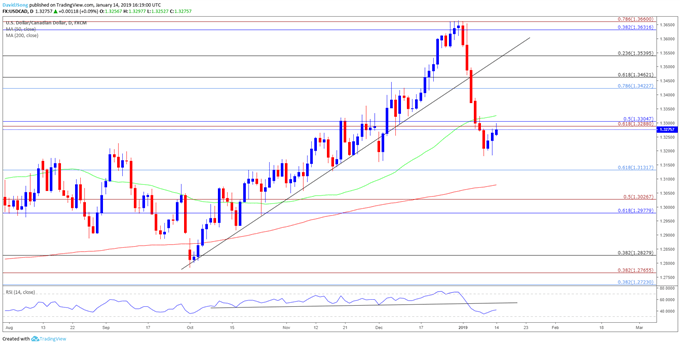