AUD/USD pulls back from the monthly-high (0.7335) as data prints coming out of China, Australia’s largest trading partner, rattle the economic outlook for the Asia/Pacific region, but the rebound from the flash-crash low (0.6745) may continue to materialize over the near-term as the pickup in volatility spurs a shift in retail sentiment. 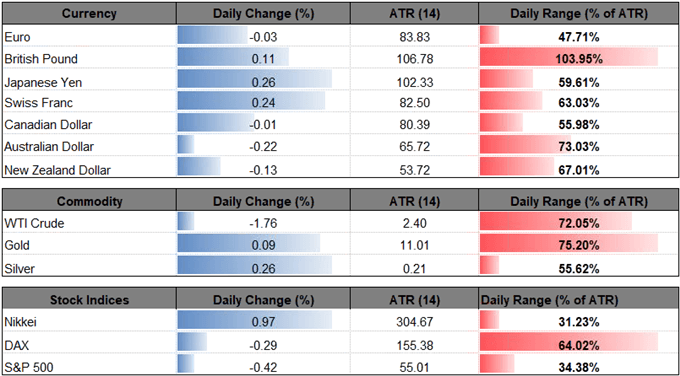 AUD/USD struggles to hold its ground as updates to China’s Balance of Payments (BoP) show imports contracting 7.6% per annum in December, with exports narrowing 4.4% during the same period to mark the worst reading since 2016.

The weakening outlook for global trade may become a growing concern for the Reserve Bank of Australia (RBA) as ‘bilateral US–China trade had contracted following the increase in import tariffs between the two countries,’ and the central bank is likely to reiterate that ‘there was no strong case for a near-term adjustment’ at the next meeting on February 5 amid the lingering threat of a trade war.

In turn, the RBA may continue to tame bets for an imminent rate-hike as ‘members noted that it had continued to be difficult to gauge the underlying momentum in the Chinese economy,’ and it seems as though Governor Philip Lowe & Co. are bracing for a further depreciation in the local currency as ‘diverging central bank policy paths and economic outlooks had seen bond yields in the United States rise.’

Higher U.S. interest rates paired with the $50B/month in quantitative tightening (QT) encourages a long-term bearish outlook for AUD/USD especially as Chairman Jerome Powell sees the balance sheet returning to a ‘more normal level,’ but the recent appreciation in AUD/USD has triggered a change in retail interest, with traders still attempting to fade the advance following the currency market flash crash. 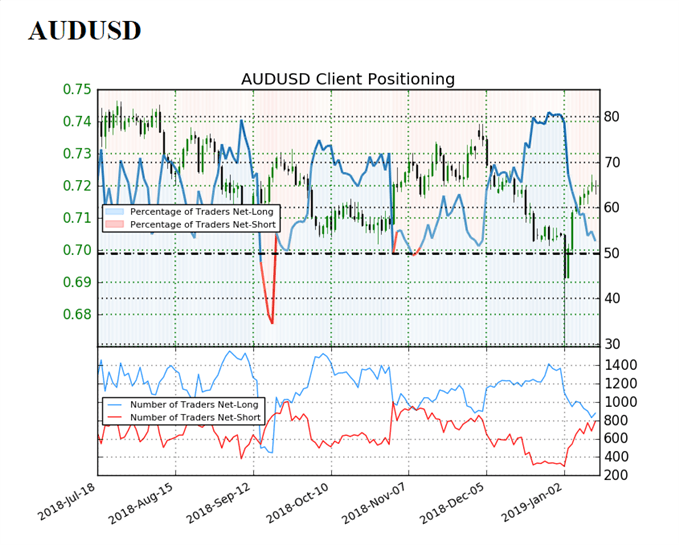 The decline in net-long interest persists, which appears to be driven by profit-taking behavior as AUD/USD sits near the monthly-high (0.7235), but the ongoing expansion in net-short exposure suggests a broader shift in retail sentiment is taking shape even as price and the Relative Strength Index (RSI) break out of the bearish formations carried over from the previous month. It seems as though the currency market flash crash has spurred a fear of missing out amid the sharp swings in major exchange rates, but the opening range for 2019 raises the risk for a larger correction in AUD/USD especially if the retail crowd flips net-short for the first time since December. Sign up and join DailyFX Currency Analyst David Song LIVE for an opportunity to discuss potential trade setups. 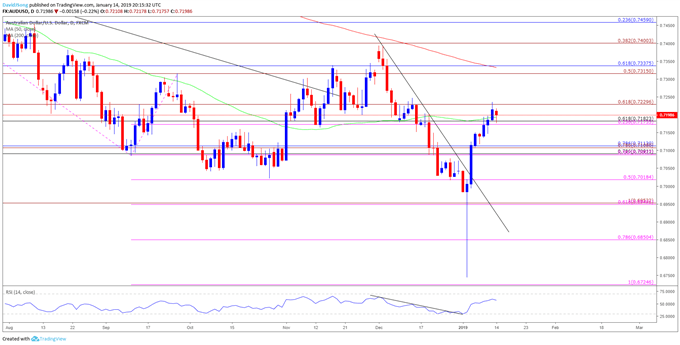