Oil prices trade near the monthly-high despite signs of waning demand, and efforts by the Organization of the Petroleum Exporting Countries (OPEC) to stabilize the energy market may generate a larger correction in crude as it breaks out of the downward trend from late-2018. 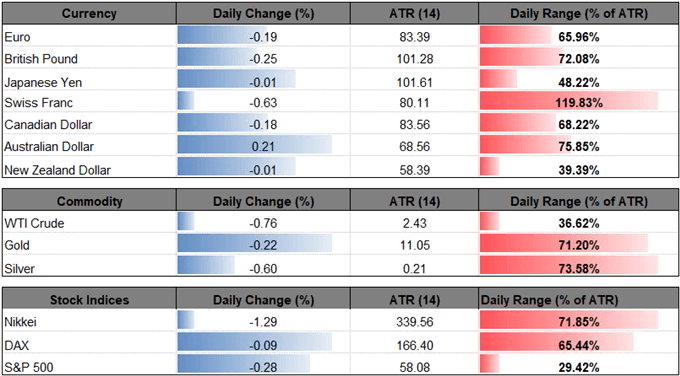 It seems as though OPEC and its allies will curb production throughout 2019 as Saudi Energy Minister Khalid Al-Falih insists that he ‘would not rule out calling for further action of some kind,’ and the group may continue to talk up oil prices ahead of the 176th meeting in April as Russia Minister of Energy, Alexander Novak ¸ endorses a price range of $55-65bbl.

Fresh updates from the U.S. Energy Information Administration (EIA) may bring OPEC and its allies a bit of relief despite the less-than-expected decline in oil inventories as weekly field production of crude holds steady at 11,700K for the third consecutive week. In turn, the current environment may encourage a larger correction in crude oil as non-OPEC output remains stagnant, and the rebound in energy prices appear to be fueling the near-term shift in retail interest as net-long interest continues to get washed out. 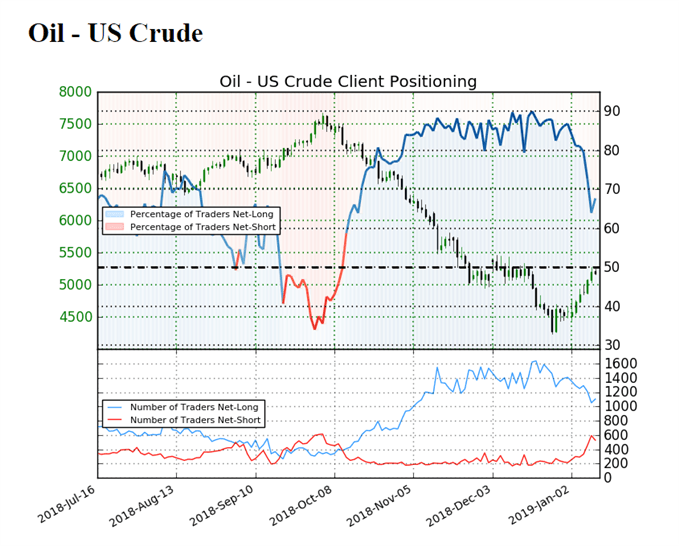 The IG Client Sentiment Report shows67.7% of traders are still net-long crude compared to 83.1% during the last week of December, with the ratio of traders long to short at 2.09 to 1. Keep in mind, traders have been net-long since October 11 when oil traded near the $71.00 mark even though price remains 28.2% lower since then.The number of traders net-long is 9.9% lower than yesterday and 27.4% lower from last week, while the number of traders net-short is 17.1% higher than yesterday and 149.8% higher from last week.

The decline in net-long position points to profit-taking behavior in light of the recent rebound, but the sharp accumulation in short-interest warns of a broader shift in market behavior even though oil prices have broken out of the downward trend carried over from late-2018. At the same time, recent developments in the Relative Strength Index (RSI) instill a constructive outlook for crude as the oscillator bounces back from oversold territory and carves a bullish formation. Sign up and join DailyFX Currency Analyst David Song LIVE for an opportunity to discuss potential trade setups. 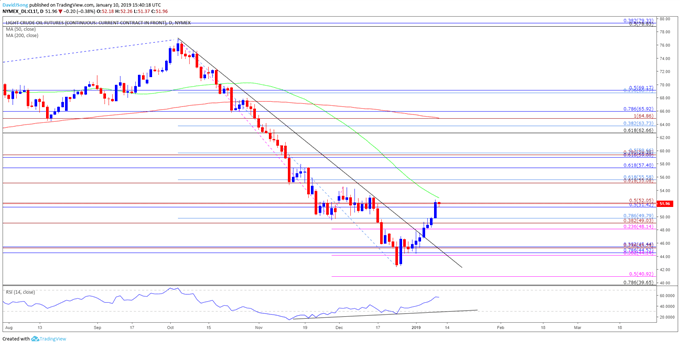