USD/JPY Weakness to Persist as RSI Pushes Into Oversold Territory

USD/JPY bounces back from the monthly-low (110.27), with U.S. Treasury yields displaying a similar behavior, but recent developments in the Relative Strength Index (RSI) raises the risk for a further depreciation in the exchange rate as the oscillator sits in oversold territory.

USD/JPY Weakness to Persist as RSI Pushes Into Oversold Territory

USD/JPY appears to be catching a bid as U.S. President Donald Trump tweets that the Federal Reserve doesn’t ‘have a feel for the Market, they don’t understand necessary Trade Wars or Strong Dollars,’ and the administration may take additional steps to shore up market sentiment as Treasury Secretary Steven Mnuchin holds a series of calls with the CEOs of the nation’s six largest banks. 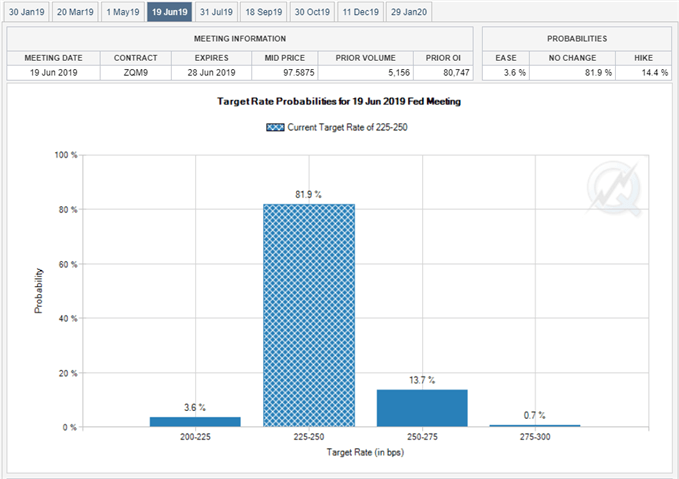 However, the current environment may keep USD/JPY under pressure even though the Federal Reserve maintains a hawkish forward-guidance for monetary policy as the ongoing government shutdown poses a risk to the economic outlook. If the stalemate in Congress carries into 2019, the Federal Open Market Committee (FOMC) may ultimately adopt a more cautious tone at the next interest rate decision on January 30, and Chairman Jerome Powell & Co. may largely endorse a wait-and-see approach over the coming months especially as Fed Fund Futures show the benchmark interest rate on hold throughout the first half of the year.

It seems as though market participants are becoming more risk adverse as the outlook for the global economy becomes clouded with increased uncertainty, and the ongoing adjustment in U.S. trade policy may push the FOMC to conclude the hiking-cycle ahead of schedule as officials ‘see growth moderating ahead.’ With that said, USD/JPY remains vulnerable as it fails to preserve the opening range for December, with the downside targets still on the radar as the pickup in volatility fuels the recent shift in retail interest. 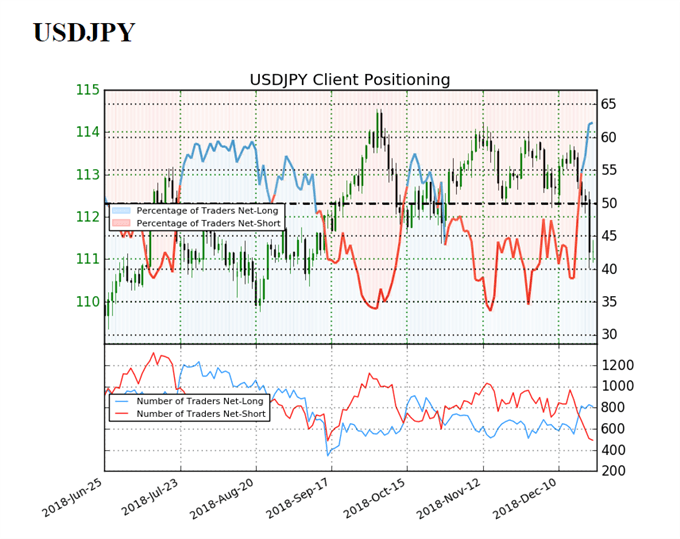 The decline in net-short position is indicative of profit-taking behavior as USD/JPY trades near the monthly lows, but the widening tilt in retail interest offers a contrarian view to crowd sentiment, with the series of failed attempt totest the 2018-high (114.55) warning of a larger correction. Moreover, recent developments in Relative Strength Index (RSI) suggests the bearish momentum is gathering pace as the oscillator breaks below 30 and pushes into oversold territory for the first time since February. Sign up and join DailyFX Currency Analyst David Song LIVE for an opportunity to discuss potential trade setups. 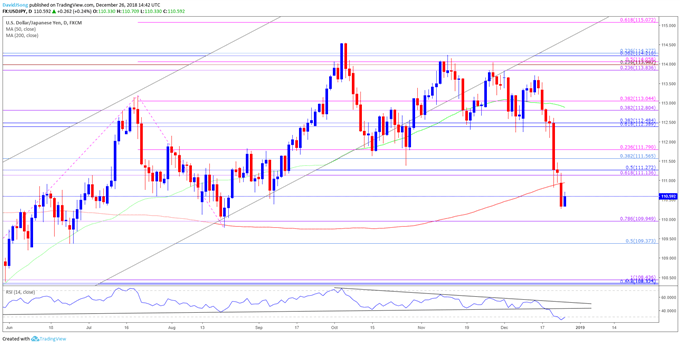