USD/JPY remains under pressure even as the Federal Reserve delivers a 25bp rate-hike at its last meeting for 2018, and the pickup in volatility fuels a shift in retail sentiment, with recent price action raising the risk for a further decline in the exchange rate as it extends the series of lower highs & lows from earlier this week. 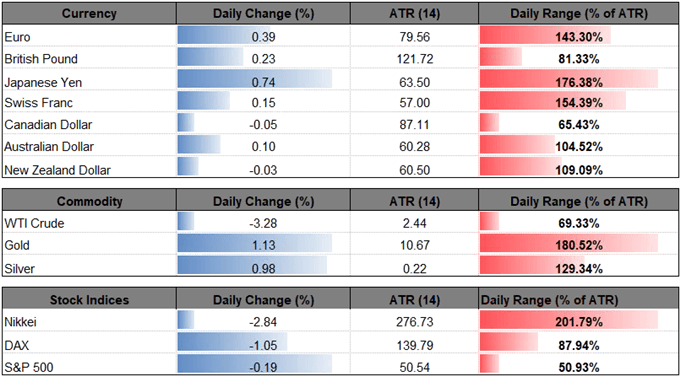 Fresh remarks from the Federal Open Market Committee (FOMC) suggest the central bank has no intentions of abandoning the hawkish forward-guidance for monetary policy as ‘it is more likely that the economy will grow in a way that will call for two interest rate increases over the course of next year.’

In turn, Chairman Jerome Powell & Co. may continue to prepare U.S. households and businesses for higher borrowing-costs as ‘the projections of Committee participants released today show growth continuing at healthy levels, the unemployment rate falling a bit further next year, and inflation remaining near 2 percent,’ but it appears as though the Fed is approaching the end of the hiking-cycle as officials ‘see growth moderating ahead.’ 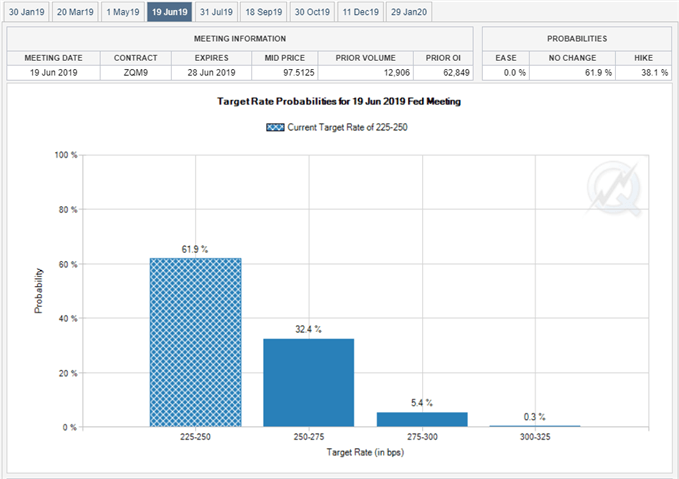 Even though the updated projections from Chairman Powell & Co. suggest the central bank will continue to normalize monetary policy in 2019, Fed Fund Futures reflect expectations for a wait-and-see approach as the FOMC is anticipated to stay on hold throughout the first-half of the year. As a result, USD/JPY appears to tracking the decline in U.S. Treasury yields as both of instruments slip to fresh monthly lows, and failure to preserve the opening range for December keeps the downside targets for the dollar-yen exchange rate especially as the pickup in volatility fuels the recent shift in retail sentiment. 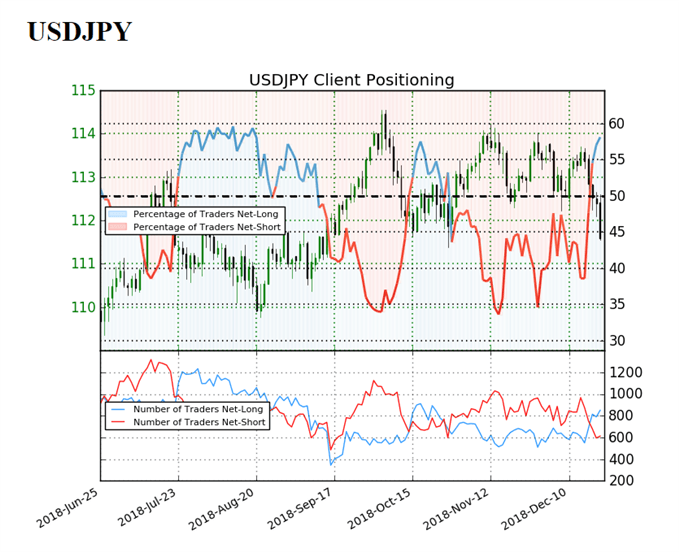 The drop in net-short position is indicative of profit-taking behavior as USD/JPY slips to fresh monthly lows, but the persistent rise in net-long interest offers a contrarian view to crowd sentiment as the series of failed attempt totest the 2018-high (114.55) warns of a larger correction. At the same time, developments in Relative Strength Index (RSI) warrants attention as the oscillator snaps the upward trend from earlier this year, with a break below 30 raising the risk for a further decline in USD/JPY as the bearish momentum gathers pace. Sign up and join DailyFX Currency Analyst David Song LIVE for an opportunity to discuss potential trade setups. 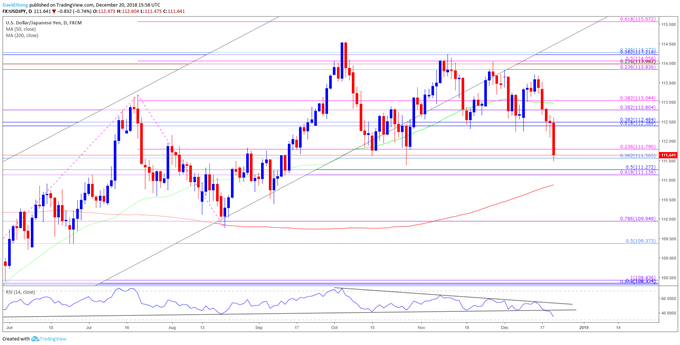 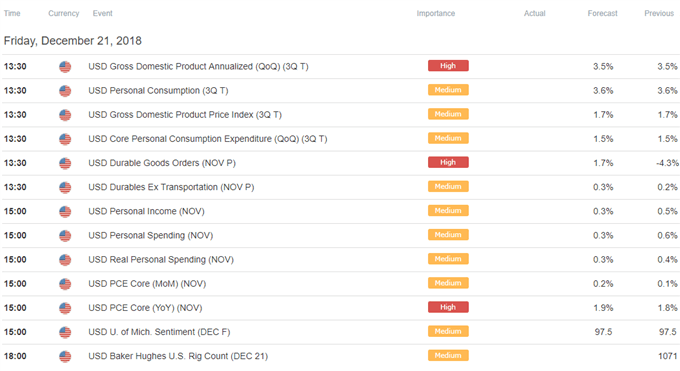