Gold pares the weakness from the previous week as the Federal Reserve comes under increased pressure to keep the benchmark interest rate on hold, with prices for bullion eyeing the monthly-high ($1251) as the Relative Strength Index (RSI) clings to the bullish formation carried over from the previous month. 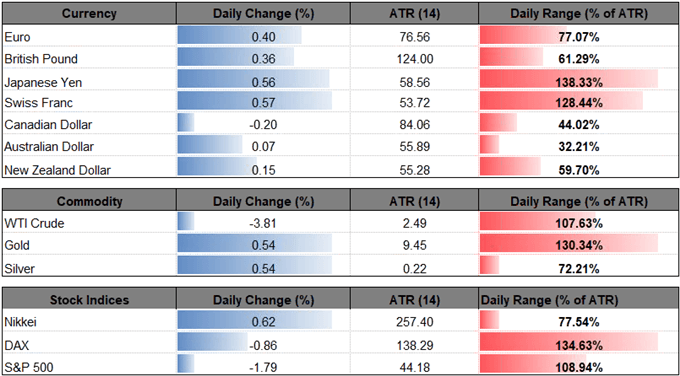 There appears to be growing interest surrounding the Federal Open Market Committee (FOMC) interest rate decision on December 19 as White House trade adviser Peter Navarro argues that the central bank should sit on the sidelines ‘because the economy is growing without inflation,’ and there appears to be a shift in market expectations as Fed officials adopt a less-hawkish tone ahead of their last meeting for 2018. 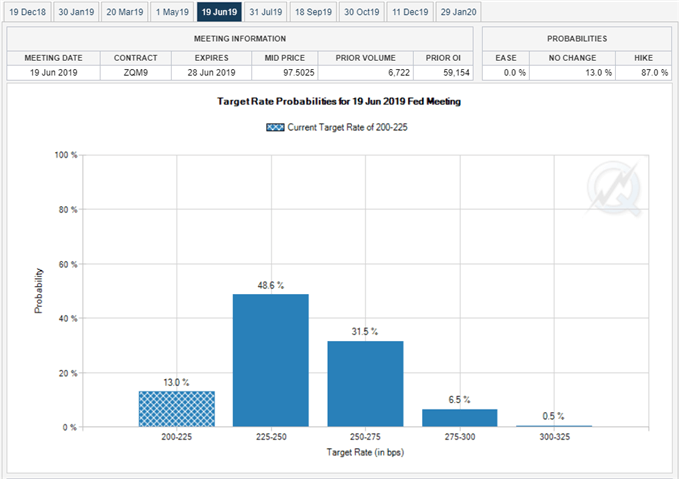 Even though the FOMC appears to be on track to deliver a 25bp rate-hike later this week, Fed Fund Futures now show the central bank on hold throughout the first-half of near year, with the committee already expected to keep the benchmark interest rate at 2.25% to 2.50% in June 2019.

Recent remarks from Chairman Jerome Powell & Co. suggest the central will continue to drop the hawkish tone as household face subdued wage growth paired with cost-push inflation emerging from the shift in the U.S. trade policy, and it remains to be seen if Fed officials will continue to forecast a longer-run interest rate of 2.75% to 3.00% as ‘contacts in many Districts indicated that input costs had risen and that increased tariffs were raising costs.’ With that said, diminishing bets for an higher borrowing-costs may keep gold prices afloat, but sentiment surrounding bullion remains skewed as the retail crowd continues to bet on a larger correction. 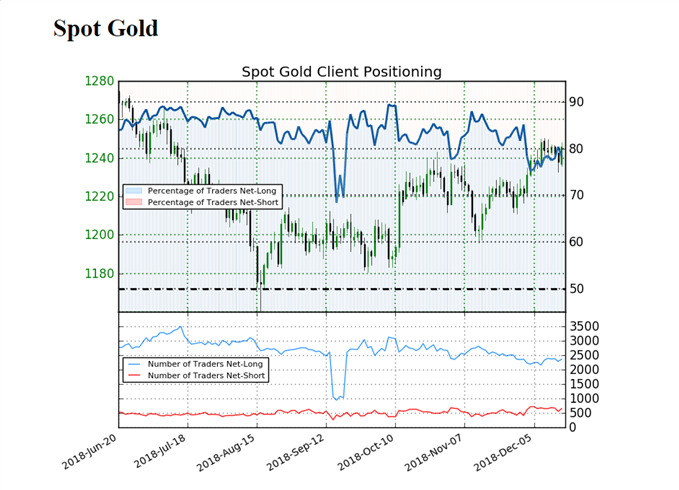 Despite signs of limited participation, the ongoing tilt in retail interest undermines the recent advance in bullion as it offers a contrarian view to crowd sentiment. However, the near-term outlook for gold remains supportive as the precious metal continues to track the upward trending channel from August, with the Relative Strength Index (RSI) clinging to the bullish formation from earlier this year, but a series of failed attempts to test the monthly-high ($1251) may generate a larger pullback as the bullish momentum appears to be abating. Sign up and join DailyFX Currency Analyst David Song LIVE for an opportunity to discuss potential trade setups. 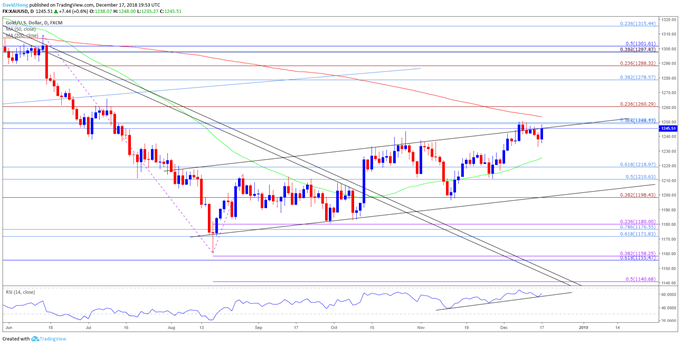