Gold remains bid following the U.S. Non-Farm Payrolls (NFP) report, with the precious metal still tracking the upward trending channel carried over from August, but the recent strength appears to be sputtering as the Relative Strength Index (RSI) flops ahead of overbought territory. 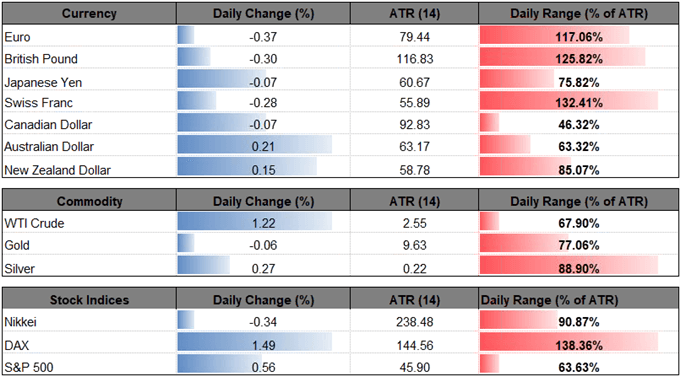 The mood surrounding the U.S. economy appears to be changing as updates to the NFP report warn of slowing job growth, and Federal Reserve officials may adopt a less-hawkish tone ahead of 2019 as Chairman Jerome Powell insists that

It seems as though the Federal Open Market Committee (FOMC) is approaching the end of the hiking-cycle as the federal funds rate is ‘just below the broad range of estimates of the level that would be neutral for the economy,’ and waning expectations for above-neutral rates may heighten the appeal of bullion especially as the Atlanta Fed GDPNow model forecasts the growth rate to increase 2.4% in the fourth quarter of 2018 versus 2.7% on December 6.

With that said, the FOMC may come under increased pressure to deliver a dovish rate-hike on December 19, and Chairman Powell & Co. may endorse a more neutral forward-guidance for monetary policy as Fed officials show a greater willingness to tolerate above-target inflation over the policy horizon. In turn, diminishing bets for an extended hiking-cycle may keep gold prices afloat, but sentiment surrounding bullion remains skewed as the retail crowd continues to bet on a larger correction. 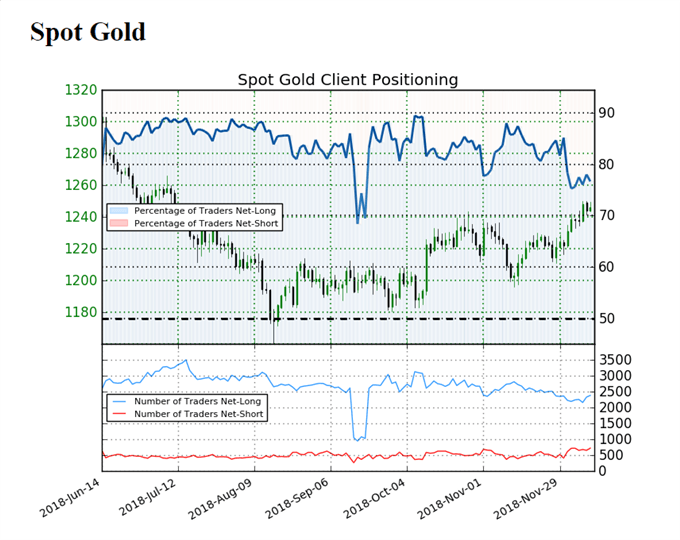 Despite the pickup in market participation, the ongoing tilt in retail interest undermines the recent advance in bullion as it offers a contrarian view to crowd sentiment. Keep in mind, the near-term outlook for gold remains supportive as the precious metal continues to track the upward trending channel from August, but the advance from the November-low ($1196) appears to be sputtering as the Relative Strength Index (RSI) flattens out and appears to have flopped ahead of overbought territory. Sign up and join DailyFX Currency Analyst David Song LIVE for an opportunity to discuss potential trade setups. 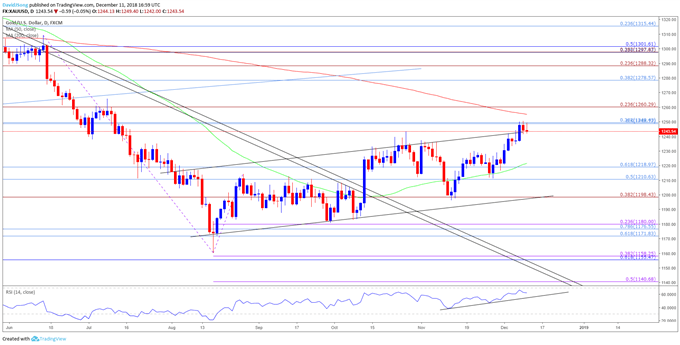