USD/JPY is back under pressure even as the U.S and China agree on a trade truce, and the advance from the October-low (111.38) may continue to unravel amid the string of failed attempt to test the 2018-high (114.55). 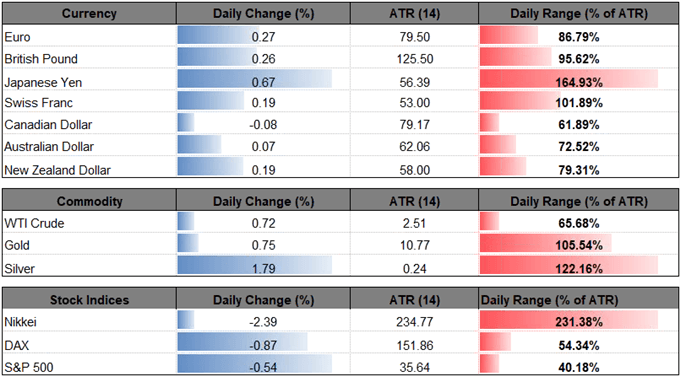 Even though the Federal Open Market Committee (FOMC) is widely expected to deliver at 25bp rate-hike at its last meeting for 2018, USD/JPY may continue to consolidate ahead of the decision on December 19 as Fed officials appear to be softening the hawkish outlook for monetary policy. 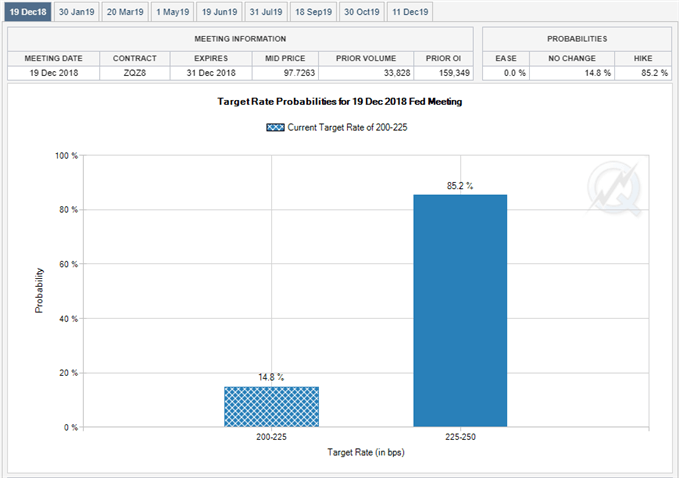 Fresh comments from Fed Vice-Chairman Richard Clarida suggest the central bank is in no rush to extend the hiking-cycle as ‘we are in a world where central banks, including the Fed, are focused on keeping inflation away from disinflation,’ and it seems as though the FOMC is approaching the end of the normalization process as Fed Governor Randal Quarles notes the benchmark interest rate is approaching the lower bounds of the neutral-rate range.

Keep in mind, the testimony with Chairman Jerome Powell has been postponed amid a national Day of Mourning for former-President George H.W. Bush, but it appears as though Fed officials will continue to tame bets for above-neutral interest rates as the central bank head warns that ‘the benefits of this strong economy and sound financial system have not reached all Americans.’

With said, the U.S. dollar stands at risk of facing headwinds over the coming days as Fed officials tame bets for above-neutral interest rates, and the FOMC may deliver a dovish rate-hike later this month as ‘decisions on monetary policy will be designed to keep the economy on track in light of the changing outlook for jobs and inflation.’

With that said, the October range is in focus for USD/JPY as the exchange rate marks another failed attempt totest the 2018-high (114.55), with the Relative Strength Index (RSI) now at risk of flashing a bearish signal as the oscillator quickly approaches trendline support. Sign up and join DailyFX Currency Analyst David Song LIVE for an opportunity to discuss potential trade setups. 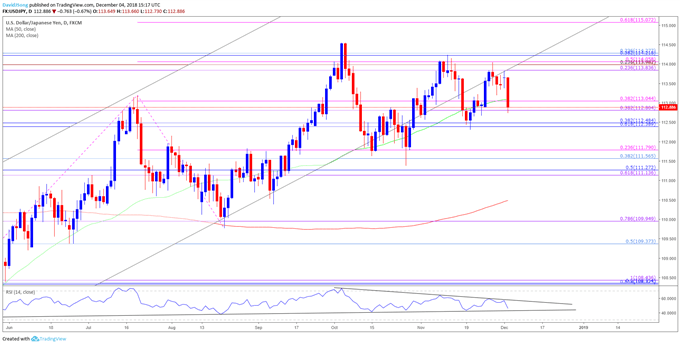 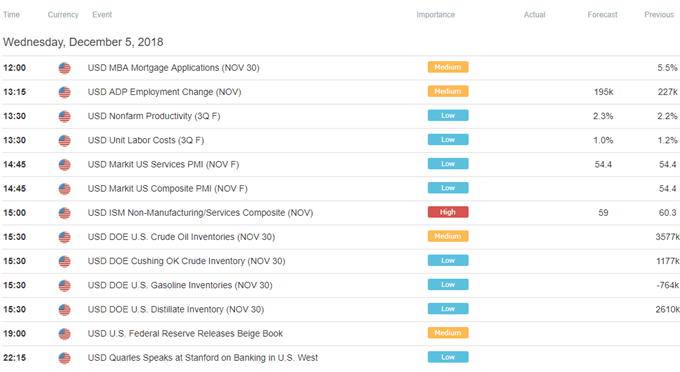