AUD/USD Rate Clings to Bullish Series Ahead of G20 Summit

AUD/USD carves a series of higher highs & lows ahead of the Group of 20 (G20) Summit as Fed Chairman Jerome Powell adopts a less-hawkish tone, but key developments coming out of the global economy may rattle the recent advance in the exchange rate as the U.S. and China, Australia’s largest trading partner, struggle to reach an agreement. 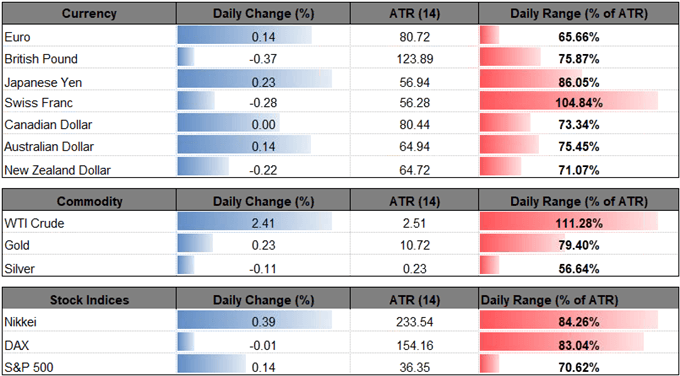 AUD/USD Rate Clings to Bullish Series Ahead of G20 Summit

Attention turns to the G20 Summit as White House economic advisor Larry Kudlow indicates that the Trump administration sees a ‘good possibility that a deal can be made,’ but failure to de-escalate the threat of a trade war may sap the appeal of the Australian dollar as it dampens the growth outlook for the Asia/Pacific region.

Even though China’s Purchasing Managers Index (PMI) for manufacturing is anticipated to hold steady at 50.2 in November, the gauge for service-based activity is expected to downtick to 53.8 from 53.9 the month prior, which would mark the lowest reading since September 2016. Signs of slower growth in the Asia/Pacific region is likely to keep the Reserve Bank of Australia (RBA) on the sidelines as ‘there was no strong case for a near-term adjustment in monetary policy,’ and the central bank may keep the official cash rate (OCR) at the record-low for most of 2019 as ‘members noted that the direction of international trade policy continued to be a significant risk to the global outlook.’ 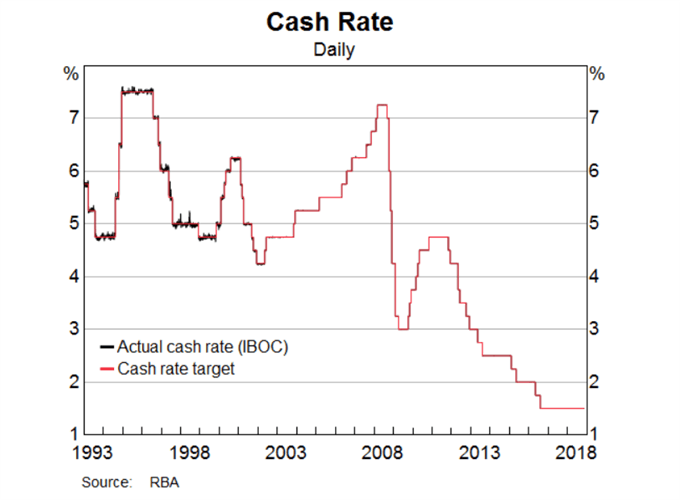 In turn, the RBA may merely attempt to buy more time at the next meeting on December 4, and the lack of interest to move away from the accommodative stance may continue to produce headwinds for the Australian dollar especially as the Federal Reserve is still expected to deliver a 25bp hike at its last interest rate decision for 2018.

At the same time, it seems as though Governor Philip Lowe & Co. are bracing for a further depreciation in AUD/USD as officials note that ‘changes in the expected paths of monetary policy over the preceding year had been reflected in changes to financial market pricing, most notably a broad-based appreciation of the US dollar,’ but there appears to be profit-taking behavior going into the end of the month as AUD/USD quickly pulls back from a fresh monthly-high (0.7344). 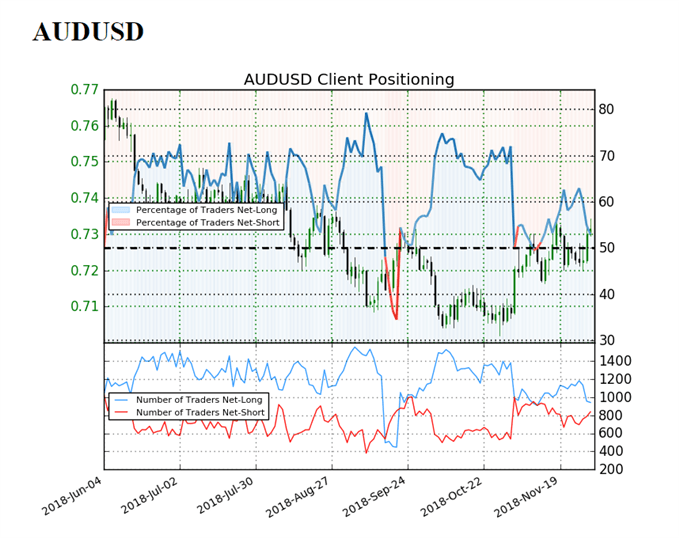 The IG Client Sentiment Report shows 52.9%of traders are net-long AUD/USD compared 58.5% last week, with the ratio of traders long to short at 1.12 to 1. Keep in mind, traders have been net-long since November 13 when AUD/USD traded near 0.7220, with price moving2.0% higher since then. Nevertheless, the number of traders net-long is 16.4% lower than yesterday and 18.1% lower from last week, while the number of traders net-short is 1.5% lower than yesterday and 5.0% higher from last week.

Profit-taking behavior may offer an explanation for the recent shuffle in retail position as AUD/USD quickly pulls back from a fresh monthly-high (0.7344), but a further pickup in net-shorts may highlight bets for range-bound conditions as the IG client sentiment index appears to be turning over.

With that said, the shift retail interest undermines the recent series of higher highs & lows in AUD/USD, and the exchange rate may consolidate ahead of the major central bank meetings on tap for December as traders appear to be booking their positions. Sign up and join DailyFX Currency Analyst David Song LIVE for an opportunity to discuss potential trade setups. 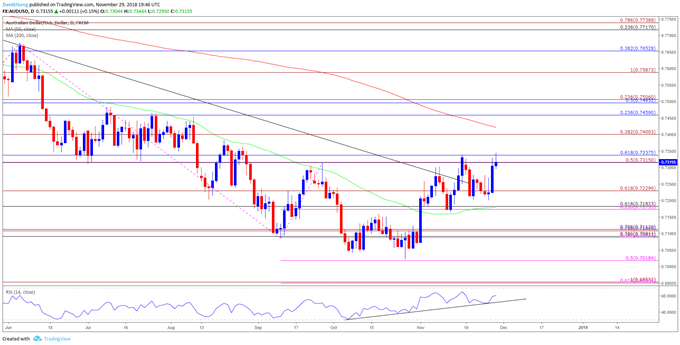