NZD/USD struggles to hold its ground ahead of the Reserve Bank of New Zealand’s (RBNZ) Financial Stability Report as updates to the Balance of Payments (BoP) shows a larger-than-expected trade deficit for October, and the advance from the monthly-low (0.6514) may continue to unravel over the coming days as the bullish momentum abates. 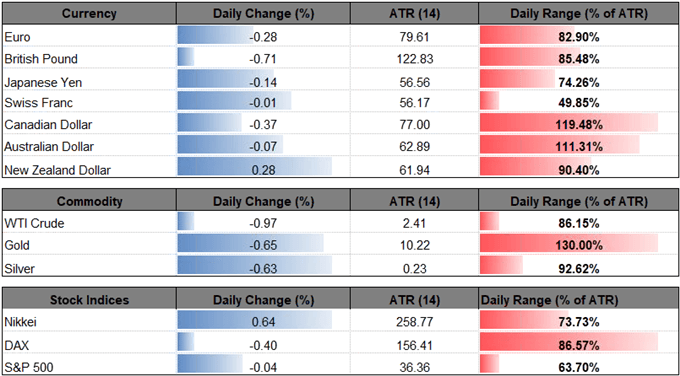 Even though New Zealand’s trade deficit narrowed to 1295M from a revised 1596M in September, the minor adjustment is likely to have little to no impact on the monetary policy outlook as the sharp slowdown in retail sales highlights the ongoing slack in the real economy.

As a result, the New Zealand Institute of Economic Research (NZIER) continues to see the RBNZ on hold until March 2020, with the group reducing its growth forecast as annual GDP is expected to average around 2.8% over the next five years.’ In turn, Governor Adrian Orr is likely to strike a dovish tone in front of lawmakers as the central bank head is scheduled to testify in front of the Finance & Expenditure Committee, and the RBNZ may continue to push a dovish forward-guidance for monetary policy at the next meeting on February 13 as ‘downside risks to the growth outlook remain.’ 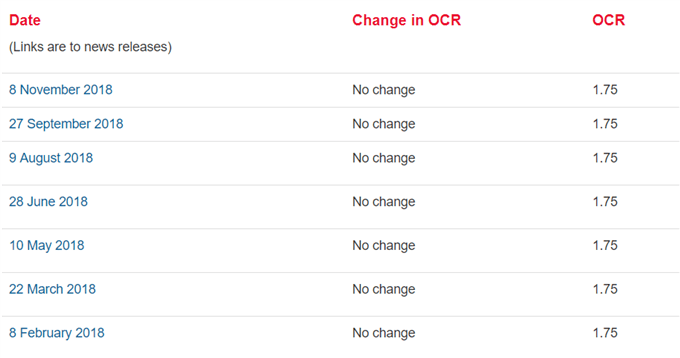 Indeed, the RBNZ appears to be in no rush to lift the official cash rate (OCR) off of the record-low as officials ‘expect to keep the OCR at this level through 2019 and into 2020,’ and the central bank may ultimately prepare New Zealand households and businesses for a weaker exchange rate as ‘implied expectations for the OCR based on market pricing have declined.’

With that said, dovish comments coming out of the RBNZ may drag on NZD/USD over the next 24-hours of trade, with the deviating paths for monetary policy casting a long-term bearish outlook for the exchange rate especially as the Federal Reserve is widely expected to deliver a 25bp rate-hike in December. Sign up and join DailyFX Currency Analyst David Song LIVE for an opportunity to discuss potential trade setups. 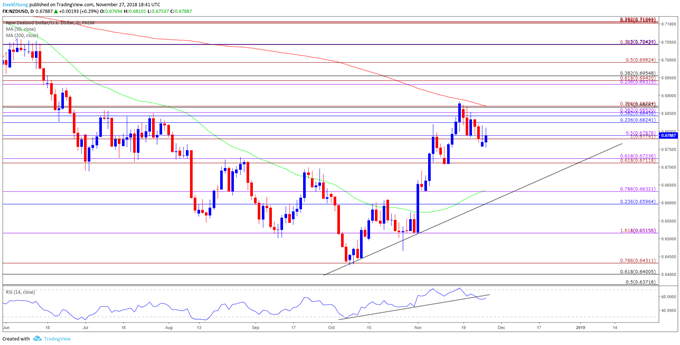