USD/JPY appears to be catching a bid as Federal Reserve officials are scheduled to speak ahead of the Group of 20 (G20) Summit, and a slew of hawkish comments may keep the exchange rate afloat as it snaps the recent series of lower highs & lows. 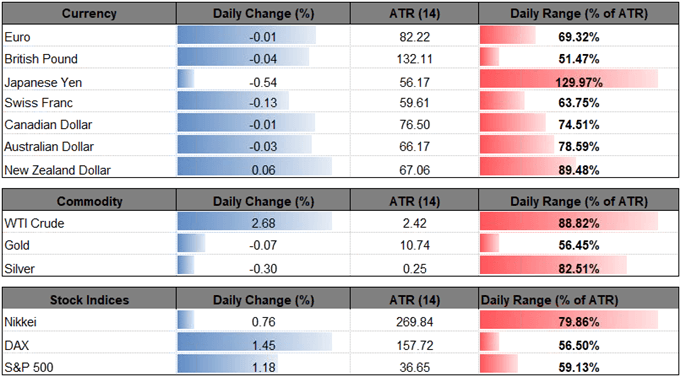 The fresh batch of Fed rhetoric may influence the near-term outlook for USD/JPY as Vice-Chairman Richard Clarida and Chairman Jerome Powell are both scheduled to speak ahead of the Federal Open Market Committee (FOMC) Minutes due out on November 29, and it seems as though the central bank will continue to convey a hawkish forward-guidance for monetary policy as ‘members expected that further gradual increases in the target range for the federal funds rate would be consistent with sustained expansion of economic activity, strong labor market conditions, and inflation near the Committee's symmetric 2 percent objective over the medium term.’ 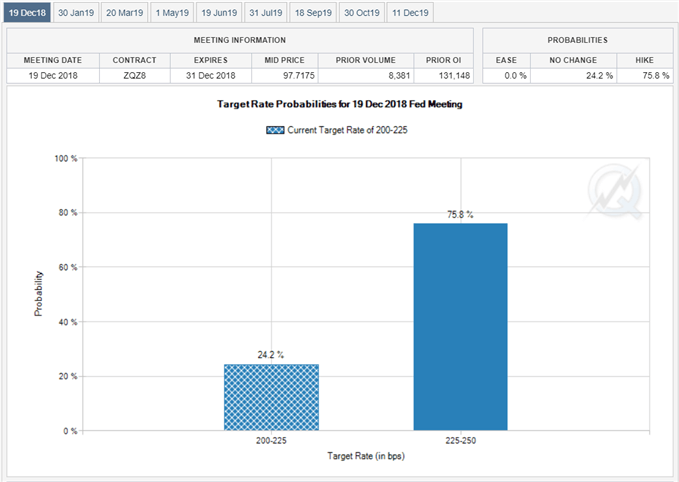 With Fed Fund Futures still highlighting bets for a 25bp rate-hike in December, market participants may put increased emphasis on the ongoing discussion of pushing the benchmark interest rate temporarily above neutral as ‘several participants reported that firms in their Districts that were facing higher input prices because of tariffs perceived that they had an increased ability to raise the prices of their products.’

Indications for an extended Fed hiking-cycle may generate another run at the 2018-high (114.55) as the central bank warns of higher inflation on the back of rising tariffs, with the deviating paths for monetary policy casting a long-term bullish outlook for USD/JPY as Bank of Japan (BoJ) remains reluctant to move away from the Quantitative/Qualitative Easing (QQE) Program with Yield-Curve Control.

However, it remains to be seen if the scheduled speeches along with the FOMC Minutes will prepare U.S. households and businesses for above-neutral interest rates as ‘risks to the economic outlook appear roughly balanced,’ and more of the same from Chairman Powell & Co. may rattle the advance from the November-low (112.31) as the Fed tames bets for above-neutral interest rates.

With that said, failure to preserve the monthly opening range leaves USD/JPY vulnerable to tracking the October range, but a batch of hawkish comments from Fed officials may keep the exchange rate afloat as it boosts bets for an extended hiking-cycle. Sign up and join DailyFX Currency Analyst David Song LIVE for an opportunity to discuss potential trade setups. 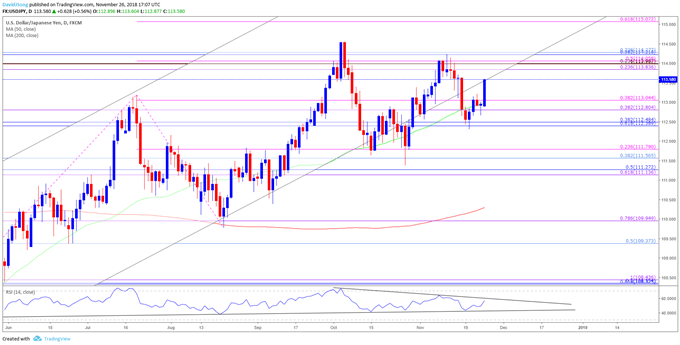 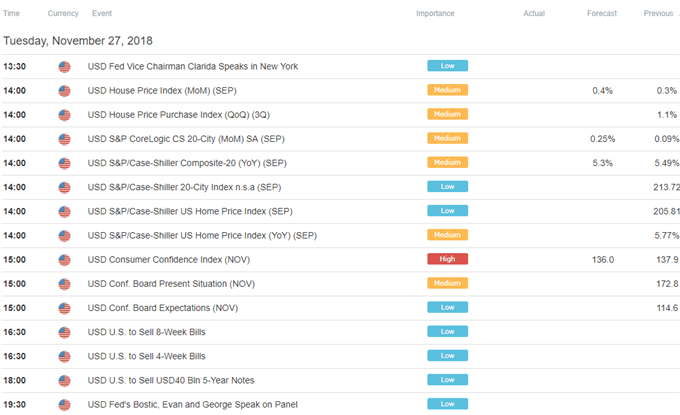