USD/JPY initiates a series of lower highs & lows after failing to test the 2018-high (114.55), but fresh comments from Federal Reserve officials may keep the dollar-yen exchange rate afloat as the central bank shows no indications of abandoning the hiking-cycle. 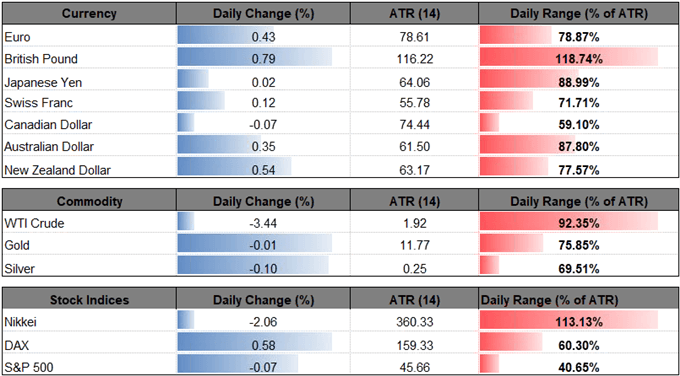 Recent price action warns of a larger USD/JPY pullback ahead of the next Federal Open Market Committee (FOMC) meeting in December as the advance from the October-low (112.44) starts to unravel, and there appears to be a renewed rout in market sentiment as China and the U.S. struggle to reach a trade agreement ahead of the Group of 20 (G20) Summit in Argentina.

The shift in U.S. trade policy may continue to sway financial markets as the European Union (EU) faces a similar fate, with European Commission President Jean-Claude Juncker noting that ‘that there will not be a new trade conflict over the summer months until the end of the year,’ and growing uncertainty surrounding the global economy may continue to drag on risk appetite as President Donald Trump tweets that the current arrangements are ‘not fair’ and ‘must change.’ 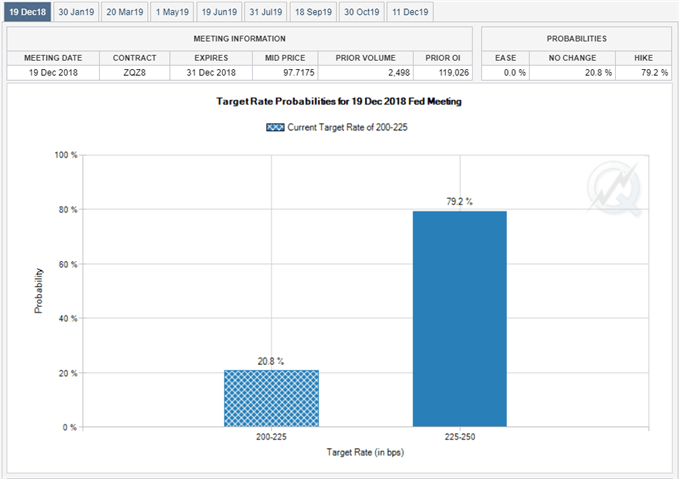 In response, the FOMC may have little choice but to further normalize monetary policy as higher tariffs amplify the risk for above-target inflation, and Chairman Jerome Powell & Co. may show a greater willingness to extend the hiking-cycle as ‘several participants reported that firms in their Districts that were facing higher input prices because of tariffs perceived that they had an increased ability to raise the prices of their products.’ With that said, Fed Fund Futures may continue to reflect expectations for a 25bp rate-hike in December, but theadvance from the October-low (112.44) has spurred a material shift in retail interest as traders continue to sell USD/JPY. 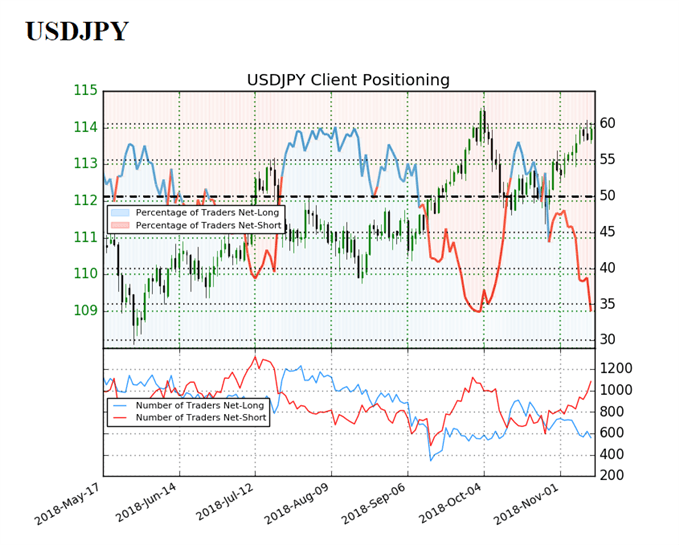 The IG Client Sentiment Report shows 34.0% of traders are now net-long USD/JPY compared to 42.0% last week with the ratio of traders short to long at 1.94 to 1. In fact, traders have remained net-short since November 2 when USD/JPY traded near 113.20 even though price has moved 0.7% higher since then. The number of traders net-long is 4.9% lower than yesterday and 27.7% lower from last week, while the number of traders net-short is 12.7% higher than yesterday and 26.6% higher from last week.

Recent price action may spur a further accumulation in net-short interest as USD/JPY initiates a bearish sequence, but the skew in retail position offers a contrarian view to crowd sentiment especially as the broader outlook for dollar-yen remains constructive. Keep in mind, the path of least resistance for USD/JPY remains tilted to the topside as both price and the Relative Strength Index (RSI) continues to track the upward trends from earlier this year, and the greenback may continue to benefit from the current environment especially as the Bank of Japan (BoJ) remains in no rush to move away from its Quantitative/Qualitative (QQE) Program with Yield-Curve Control. Sign up and join DailyFX Currency Analyst David Song LIVE for an opportunity to discuss potential trade setups. 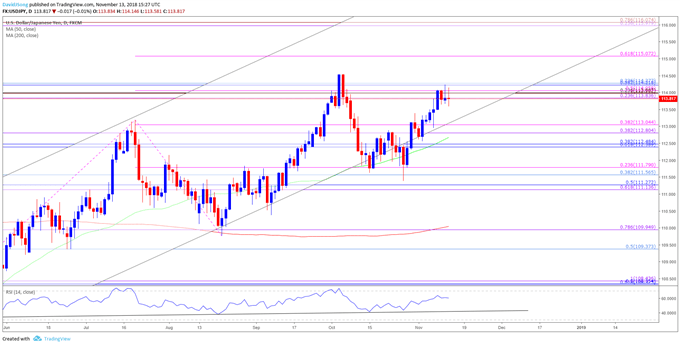