NZD/USD pares the decline following the Federal Reserve meeting amid renewed hopes for a U.S.-China trade deal, and recent price action raises the risk for a larger correction as the exchange rate snaps the series of lower highs & lows carried over from the previous week. 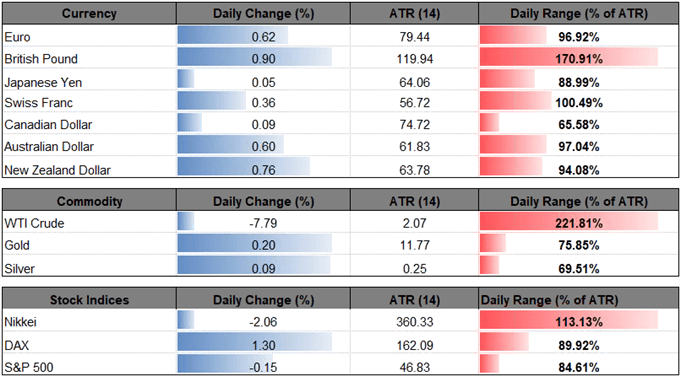 Comments coming out of the Trump Administration appears to be shaking up NZD/USD as White House economic adviser Larry Kudlow proclaims that the U.S. and China have resumed talks ‘at all levels,’ and indications of an impending agreement may heighten the appeal of the New Zealand dollar as it instills an improved outlook for the Asia/Pacific region.

As a result, NZD/USD may stage a larger correction ahead of the Group of 20 (G20) Summit slated for the end of the month as the exchange rate breaks out of the downward trend from earlier this year, but the diverging paths for monetary policy casts a long-term bearish outlook for kiwi-dollar as the Reserve Bank of New Zealand (RBNZ) remains in no rush to lift the official cash rate (OCR) off of the record-low. 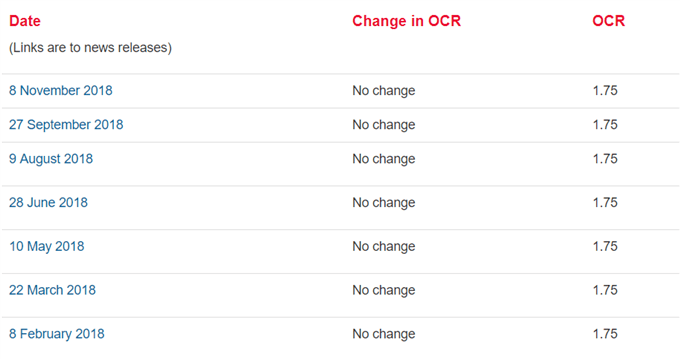 Keep in mind, the latest remarks from the RBNZ suggest the central bank will persistently strike a dovish forward-guidance as Governor Adrian Orr & Co. ‘expect to keep the OCR at this level through 2019 and into 2020,’ and the lack of urgency to normalize monetary policy may continue to drag on the local currency as officials note that ‘implied expectations for the OCR based on market pricing have declined.’

With that said, the broader outlook for NZD/USD remains mired by rising interest rates across the Pacific especially as the Chairman Jerome Powell & Co. start to show a greater willingness to extend the hiking-cycle, but recent price action raises the risk for a larger correction as the exchange rate snaps the series of lower highs & lows carried over from the previous week, while the Relative Strength Index (RSI) extends the bullish formation from the previous month. Sign up and join DailyFX Currency Analyst David Song LIVE for an opportunity to discuss potential trade setups. 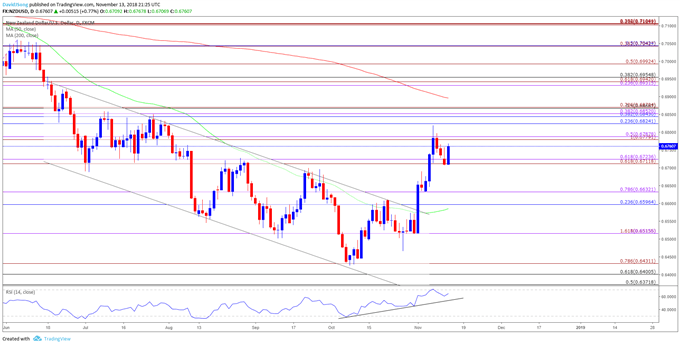