Crude remains under pressure as the United States grants waivers on the Iran sanctions in an effort to curb energy prices, and oil remains vulnerable ahead of the weekend as the Relative Strength Index (RSI) stubbornly sits in oversold territory for the first time since 2017. 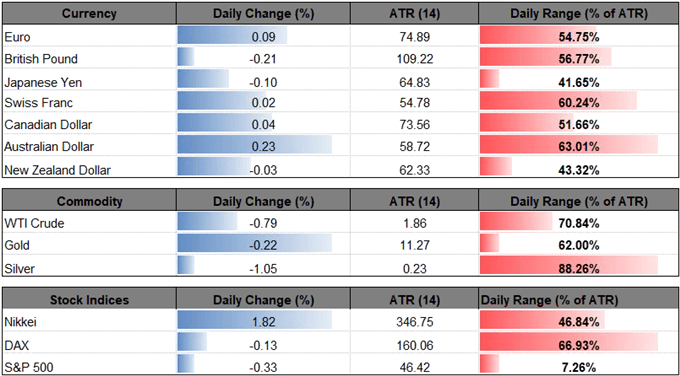 Recent comments from President Donald Trumpsuggest the U.S. will continue to push for lower oil prices even after the mid-term elections as updates from the Department of Energy (DoE) indicate a further slowdown in demand, with crude inventories jumping another 5783K in the week ending November 2.

In response, the Organization of the Petroleum Exporting Countries (OPEC) may stick to a ‘produce as much you can mode’ especially as the U.S. and China, the two largest consumers of oil, struggle to reach a trade agreement, and the pickup in volatility appears to be fueling a broader change in market behavior amid the ongoing shift in retail interest. 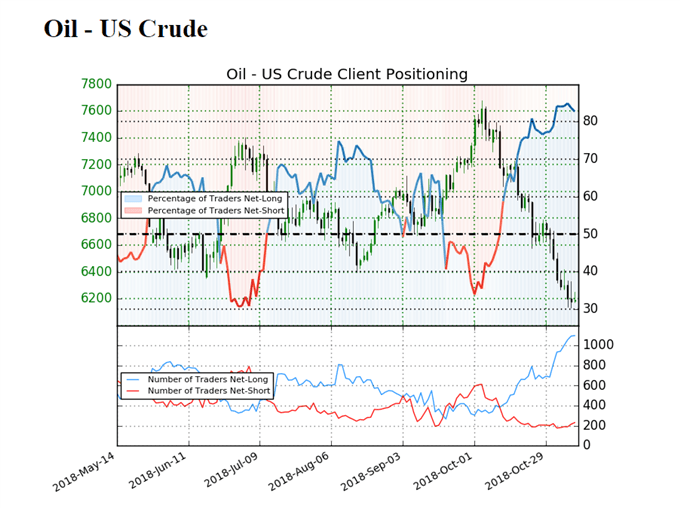 The IG Client Sentiment Report shows 82.6% of traders are still net-long crude, with the ratio of traders long to short at 4.73 to 1.In fact, traders have been net-long since October 11 when oil traded near the $71.00 mark even though price has moved 17.1% lower since then. The number of traders net-long is 0.5% higher than yesterday and a whopping 26.6% higher from last week, while the number of traders net-short is 10.5% higher than yesterday and 6.4% higher from last week.

The persistent accumulation in net-long interest provides a contrarian view to crowd sentiment as traders still attempt to fade the weakness in oil, and the broader outlook warns of a larger correction as crude snaps the upward trend from earlier this year. Moreover, the stickiness in the Relative Strength Index (RSI) warns of further losses as the oscillator continues to track the bearish formation carried over from the previous month and pushes deeper into oversold territory. Sign up and join DailyFX Currency Analyst David Song LIVE for an opportunity to discuss potential trade setups. 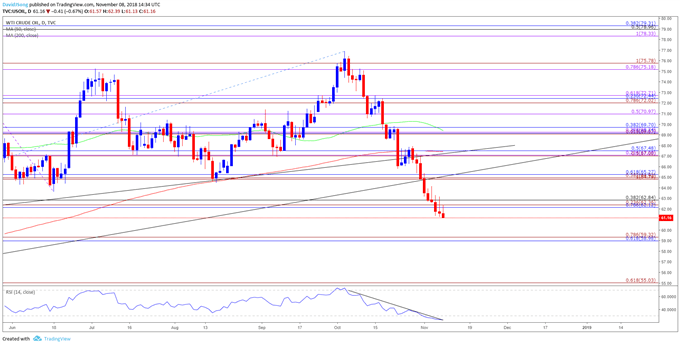