The pullback from the October-high ($1243) unravels, with the recent weakness in gold accompanied by a decline in market participation, and the latest price action raises the risk for a larger advance as bullion snaps the series of lower highs & lows carried over from the previous week. 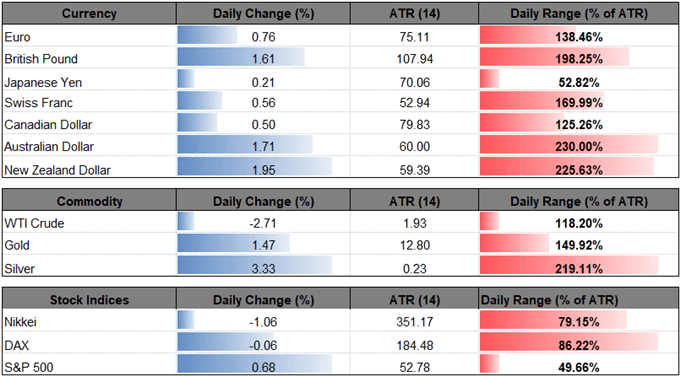 A more constructive outlook has taken shape over the last few weeks as gold breaks out of the downward trend from earlier this year, and the pickup in volatility appears to be isolated to bullion as silver prices stubbornly track the opening range for October.

With that said, gold may continue to move to the beat of its own drum especially as the Federal Reserve is widely expected to retain the current policy at the next interest rate decision on November 8, and a further adjustment in market interest may generate increased volatility in the price of bullion as previous updates from to the CFTC Commitments of Traders (CoT) report showed net-short positions at the highest level since 1999. 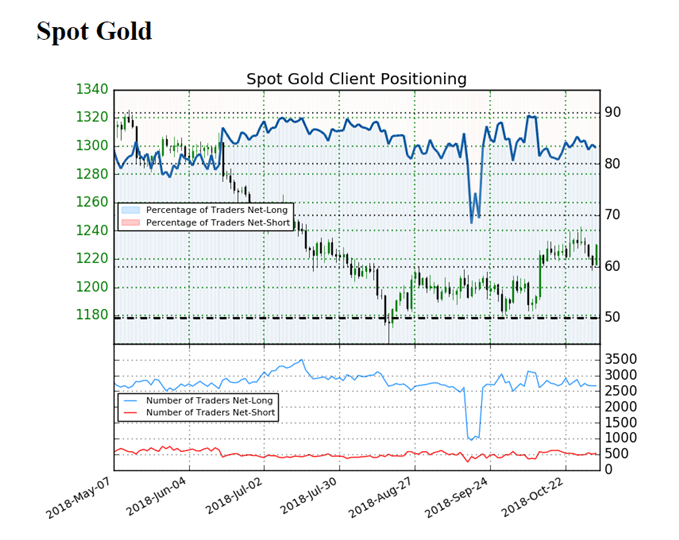 However, the IG Client Sentiment Report still shows retail interest at extremes as 83.2% of traders are net-long gold, with the ratio of traders long to short at 4.94 to 1. The ongoing tilt in retail position undermines the recent strength in gold as it offers a contrarian view to crowd sentiment, but a deeper look at the report shows the number of traders net-long is 1.0% higher than yesterday and 3.7% lower from last week, while the number of traders net-short is 0.9% lower than yesterday and 2.3% lower from last week.

With that said, limited participation may give way to choppy prices ahead of the first full-week of November, but a further decline in net-long interest may generate a potential shift in the IG Client Sentiment index as retail traders appear to be adjusting their position. Sign up and join DailyFX Currency Analyst David Song LIVE for an opportunity to discuss potential trade setups. 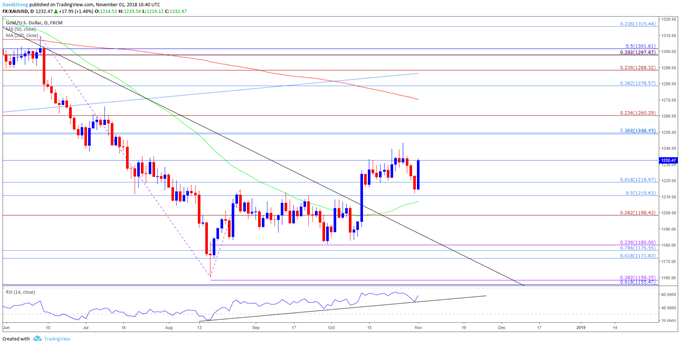