Crude slips to a fresh monthly-low ($65.37) even as Nigeria Petroleum Minister Emmanuel Ibe Kachikwu argues $70/bbl is a ‘comfort level’ for the Organization of the Petroleum Exporting Countries (OPEC), but a series of failed attempts to test the August-low ($64.45) may generate a near-term rebound as the bearish momentum starts to abate. 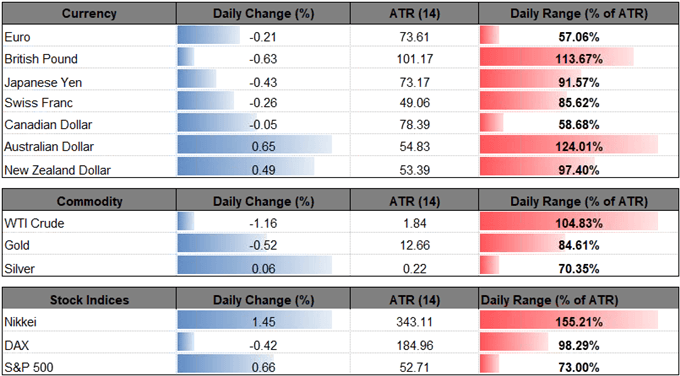 Mixed comments from OPEC and its allies appear to be taming the recent weakness in oil as the fresh rhetoric conflicts with the pledged to pursue a ‘produce as much you can mode,’ but the weakening outlook for global growth may keep crude prices under pressure as the latest Monthly Oil Market Report (MOMR) projects less consumption in 2019.

It seems as though the latest move by OPEC and its allies is in response to the slowdown in emerging market economies along with the ongoing shift in U.S. trade policy, and updates from the Department of Energy (DoE) may also reflect narrowing demand as oil as inventories are expected to increase another 3106K in the week ending October 26. In turn, producers may actively seek to balance the energy market especially as the U.S. sanctions on Iran go into effect in November, and the recent surge in volatility appears to be spurring a change in market behavior as retail interest sits near extremes. 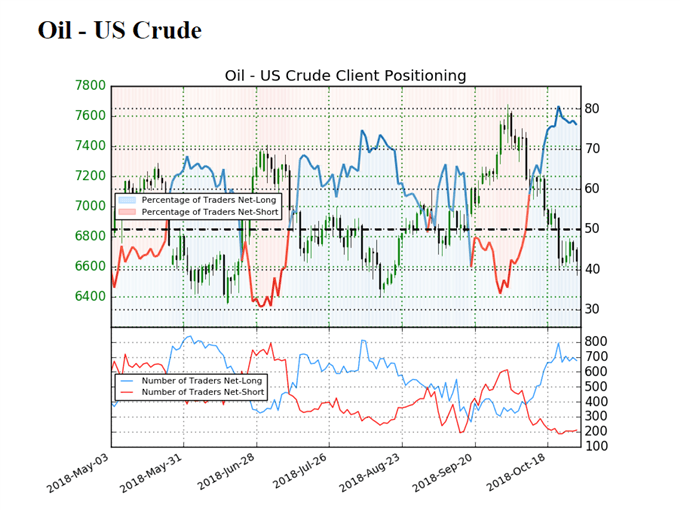 The sharp accumulation in net-long interest provides a contrarian view to crowd sentiment as traders attempt to fade the weakness in oil, with crude prices at risk for further losses as it threatens the upward trend from earlier this year. Sign up and join DailyFX Currency Analyst David Song LIVE for an opportunity to discuss potential trade setups. 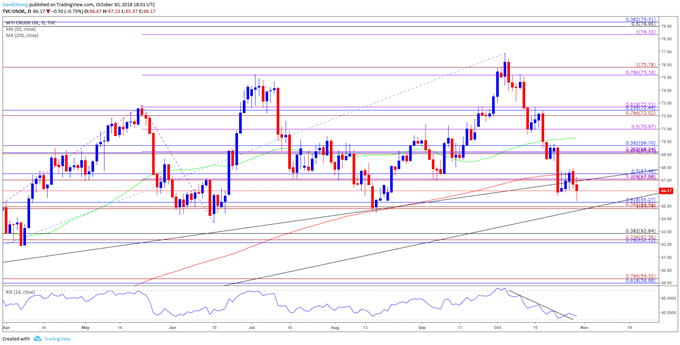