GBP/USD quickly approaches the 2018-low (1.2662) ahead of the Bank of England (BoE) meeting, with the central bank widely expected to keep the benchmark interest rate at 0.75% on ‘Super Thursday,’ and recent price action keeps the downside targets on the radar as the bearish momentum appears to be gathering pace. 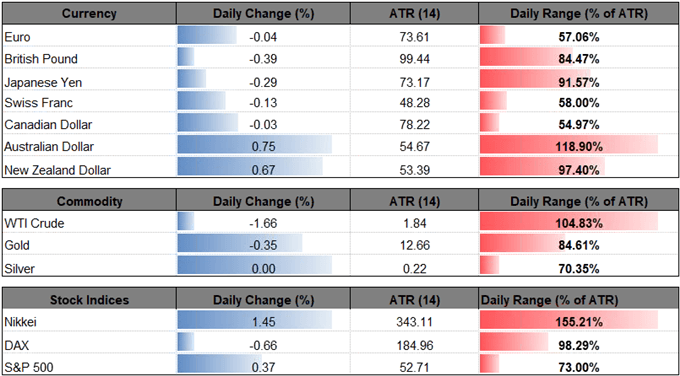 Fresh update to the BoE’s quarter inflation report may do little to shore up the local currency as the Monetary Policy Committee (MPC) ‘continues to recognise that the economic outlook could be influenced significantly by the response of households, businesses and financial markets to developments related to the process of EU withdrawal’, and Governor Mark Carney & Co. may stick to the current approach of implementing two rate-hikes per year as ‘any future increases in Bank Rate are likely to be at a gradual pace and to a limited extent.’ 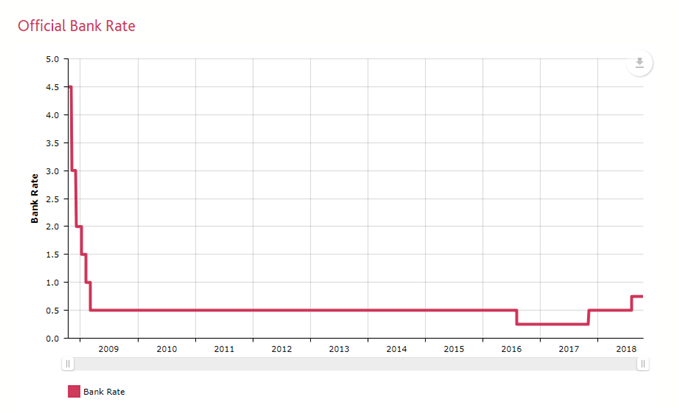 In turn, the MPC may merely attempt to buy more time even as Chancellor of the Exchequer Philip Hammond calls for an ‘end of austerity,’ and the BoE meeting may do little to alter the near-term outlook for GBP/USD should the central bank reiterate that ‘the contribution of external cost pressures, which has accounted for above-target inflation since the beginning of 2017, was projected to ease over the forecast period.’

With that said, market participants may pay increased attention to the Federal Reserve as the central bank is widely anticipated to deliver another rate-hike in 2018, and Chairman Jerome Powell & Co. may utilize the upcoming meeting to prepare U.S. households and businesses for a move in December in an effort to curb the risk for above-target inflation. In turn, GBP/USD remains vulnerable going into the end of 2018, with the downside targets on the radar as both price and the Relative Strength Index (RSI) snap the bullish formations from earlier this year.

Moreover, the RSI may offer a near-term signal as the oscillator approaches oversold territory, with a break below 30 serving as an indication that the bearish momentum is gathering pace. Sign up and join DailyFX Currency Analyst David Song LIVE for an opportunity to discuss potential trade setups! 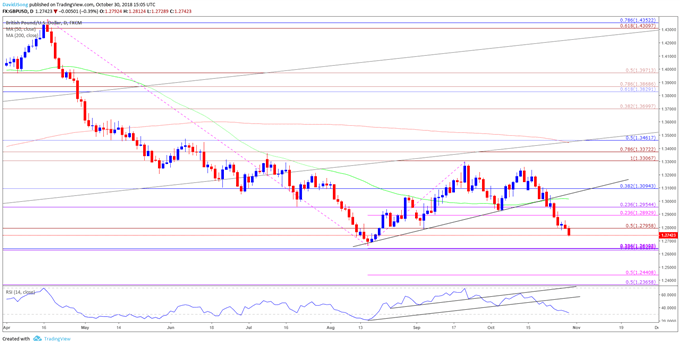