GBP/USD pares the sharp decline from earlier this week as updates to the U.S. Gross Domestic Product (GDP) report reveal a limited threat for above-target inflation, but recent price action casts a bearish outlook ahead of the Bank of England (BoE) meeting as the exchange rate continues to carve a series of lower highs & lows. 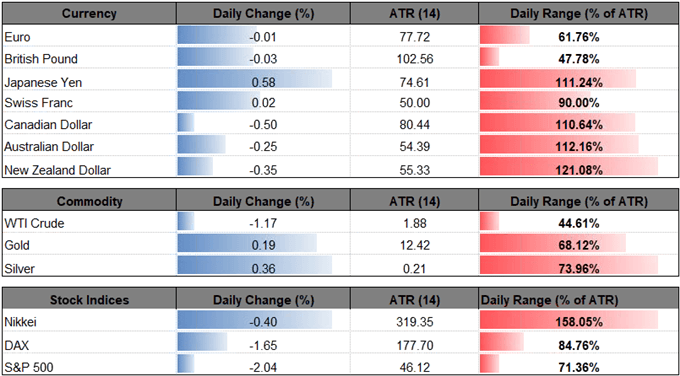 GBP/USD bounces back from a fresh weekly-low (1.2778) as a material slowdown in the core Personal Consumption Expenditure (PCE), the Federal Reserve’s preferred gauge for inflation, overshadows the 3.5% expansion in the growth rate, with the price gauge narrowing to 1.6% from 2.1% per annum in the second-quarter of 2018. 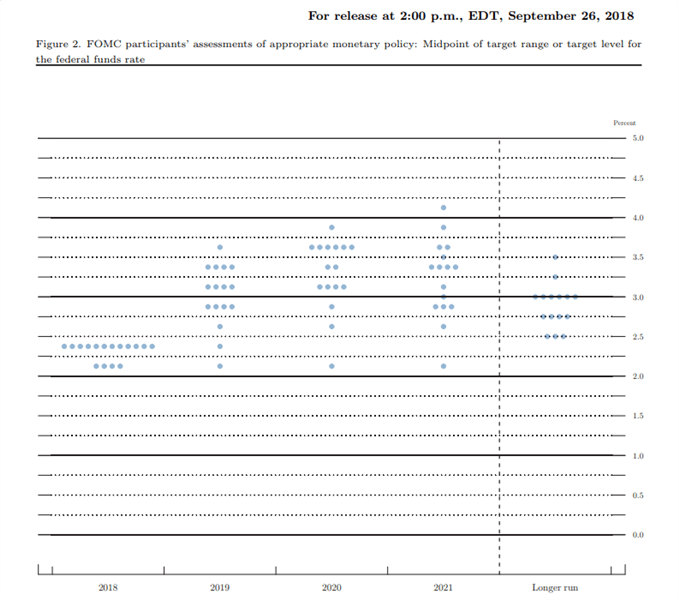 Signs of limited inflation may keep the Federal Open Market Committee (FOMC) on hold at its next meeting in November as the central bank pledges to ‘assess realized and expected economic conditions relative to its maximum employment objective and its symmetric 2 percent inflation objective,’ but the recent data prints may do little to derail Chairman Jerome Powell & Co. from the hiking-cycle as policymakers remain upbeat on the economy. At the same time, the ongoing shift in U.S. trade policy may push the FOMC to bolster its hawkish outlook as higher import prices start to filter into the economy, and the central bank may prepare U.S. households and businesses for an imminent rate-hike as a growing number of Fed officials see a risk for above-neutral interest rates.

With that said, the BoE meeting on November 1 may do little to alter the near-term outlook for GBP/USD as the Monetary Policy Committee (MPC) is expected to keep the benchmark interest rate at 0.75%, and more over the same from Governor Mark Carney & Co. may ultimately produce headwinds for the British Pound as the central bank appears to be in no rush to implement higher borrowing-costs. In turn, the rebound from the yearly-low may continue to unravel following the failed attempt to test the September-high (1.3299), with a further pickup in GBP/USD volatility raising the risk for a more material shift in retail interest as traders appear to be fading the weakness in the exchange rate. 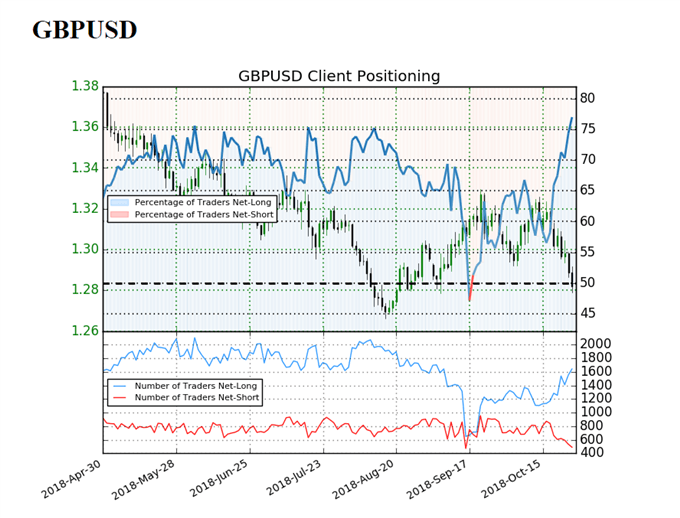 The persistent pickup in net-long position suggests traders are attempting to fade the selloff in GBP/USD, and a further shift in retail sentiment may continue to offer a contrarian view as the exchange rate as both price as the Relative Strength Index (RSI) snap the bullish formations from August. Sign up and join DailyFX Currency Analyst David Song LIVE for an opportunity to discuss potential trade setups.