The recent rebound in crude quickly fizzles, with oil slipping back below the 200-Day Simple Moving Average (SMA), and energy prices may continue to pare the advance from earlier this year as the bearish momentum appears to be gathering pace. 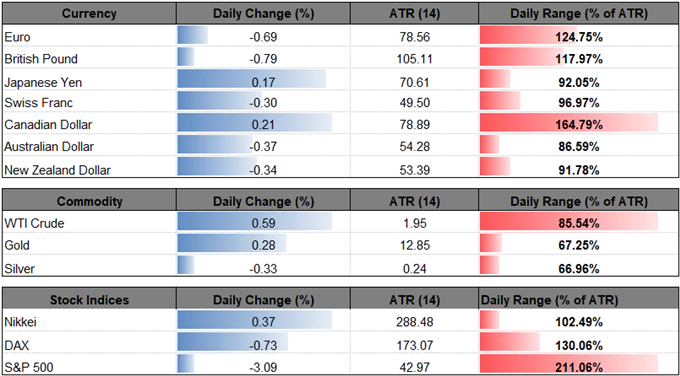 Fresh figures coming out of the U.S. Department of Energy (DoE) appeared to be ignored as oil climbed to a session high of $67.69, but the Organization of the Petroleum Exporting Countries (OPEC) and its allies now appear to be pushing for lower energy prices as the ongoing pickup in crude inventories warn of slowing demand. 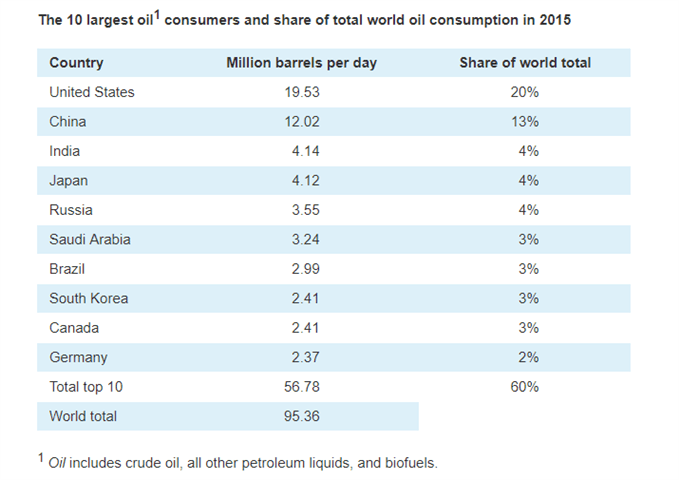 With the latest Monthly Oil Market Report (MOMR) forecasting slower consumption in 2019, the trade war between the U.S. and China, the two largest consumer of oil, may push OPEC and its allies to tame crude prices amid the weakening outlook for global growth. In turn, OPEC may continue to shift gears ahead of the next meeting on December 6 especially as the U.S. sanctions on Iran go into effect in November, and the recent surge in market volatility may fuel a further shift in retail sentiment, with the development warning of a larger decline in energy prices. 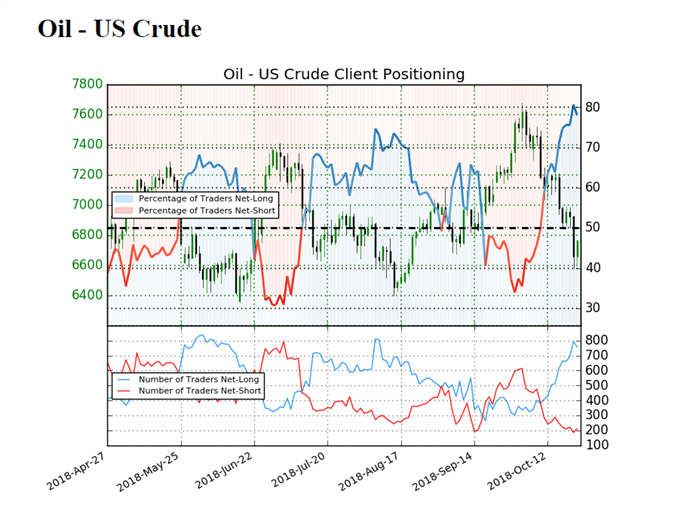 The IG Client Sentiment Report shows an ongoing change in retail interest as 78.1% of traders are now net-long crude, with the ratio of traders long to short at 3.56 to 1. In fact, traders have been net-long since October 11 when oil traded near the $71.00 mark even though price has moved5.8% lower since then.The number of traders net-long is 7.2% higher than yesterday and 39.6% higher from last week, while the number of traders net-short is 13.4% lower than yesterday and 31.9% lower from last week.

The persist buildup in net-long interest suggests traders are still attempting to fade the weakness in oil, while the net-short community takes profit, and a further shift in crowd sentiment may continue to provide a contrarian view especially as oil threaten the upward trend from earlier this year. At the same time, the Relative Strength Index (RSI) highlights a similar dynamic as the oscillator continues to track the downward trend from earlier this month, with a break below 30 raising the risk for a larger decline in crude oil prices as the bearish momentum gathers pace. Sign up and join DailyFX Currency Analyst David Song LIVE for an opportunity to discuss potential trade setups. 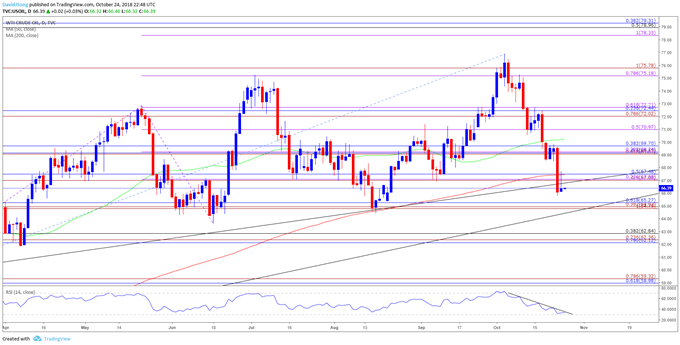