USD/JPY pulls back from the weekly-high (112.89) and fills the gap from earlier this week as risk sentiment falters, and dollar-yen may exhibit a more bearish behavior over the days ahead as it snaps the recent series of higher lows. 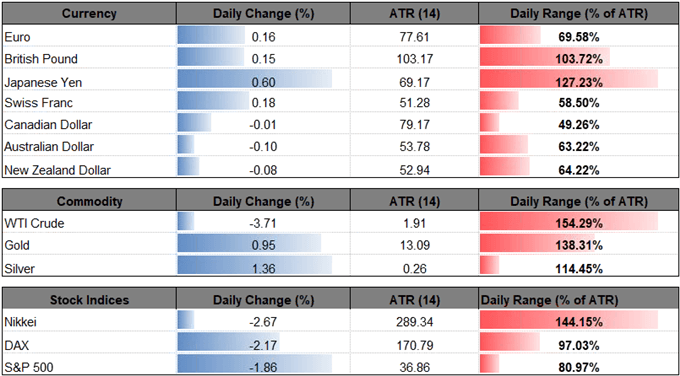 The Japanese Yen outperforms against its major counterparts, with the pickup in volatility accompanied by a selloff in global stock prices, and the rout in risk appetite may keep USD/JPY under pressure even as the Federal Reserve appears to be on track to implement higher borrowing-costs in December.

Fresh comments from Fed officials may keep USD/JPY afloat as Atlanta Fed President Raphael Bostic, Cleveland Fed President Loretta Mester, Governor Lael Brainard and Vice-Chairman Richard Clarida, all voting-members on the FOMC, are scheduled to speak over the coming days, and a batch of hawkish rhetoric may heighten the appeal of the U.S. dollar as a growing number of central bank officials show a greater willingness to extend the hiking-cycle.

However, the current environment keeps USD/JPY susceptible to further losses as there seems to be a broader shift in market behavior, andthe gyrations in risk sentiment may continue to influence dollar-yen ahead of the next Fed rate-hike as Italy struggles to secure a budget-deal with the European Union (EU), while lackluster data prints coming out of China highlight a weakening outlook for global growth. 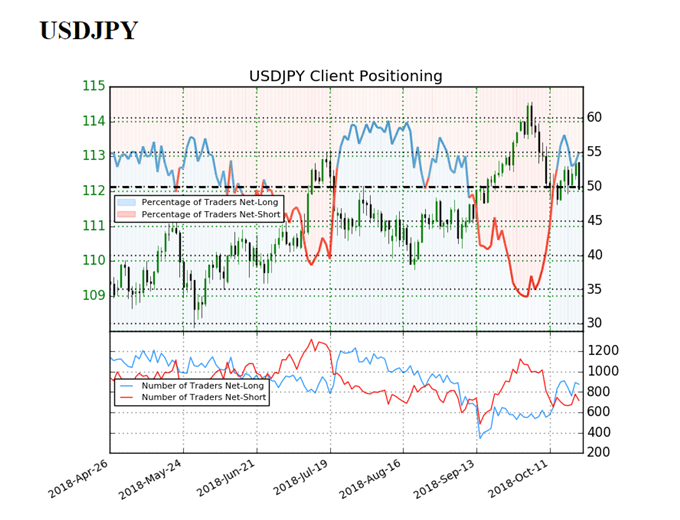 The IG Client Sentiment Report reflects a similar dynamic as 55.0% of traders are net-long USD/JPY, with the ratio of traders long to short at 1.22 to 1.In fact, traders have been net-long since October 15 when USD/JPY traded near 112.15 even though price has moved 0.2% lower since then. The number of traders net-long is 0.6% higher than yesterday and 5.0% higher from last week, while the number of traders net-short is 8.1% lower than yesterday and 5.4% lower from last week.

The shift in client sentiment offers a contrarian view to crowd sentiment as traders appear to be betting on a larger advance off of the monthly-low (111.63), but USD/JPY may make further attempt to threaten the upward trend from earlier this year if the change in retail interest persists. Sign up and join DailyFX Currency Analyst David Song LIVE for an opportunity to discuss potential trade setups. 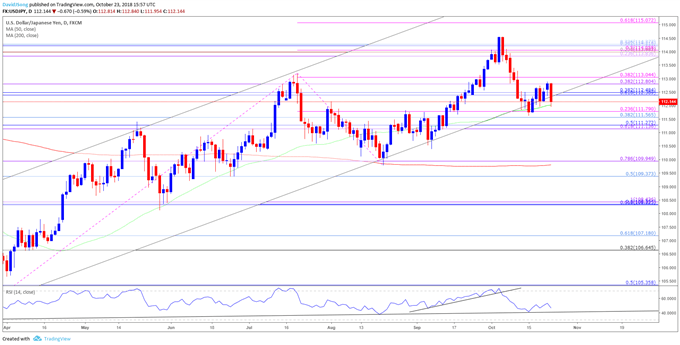 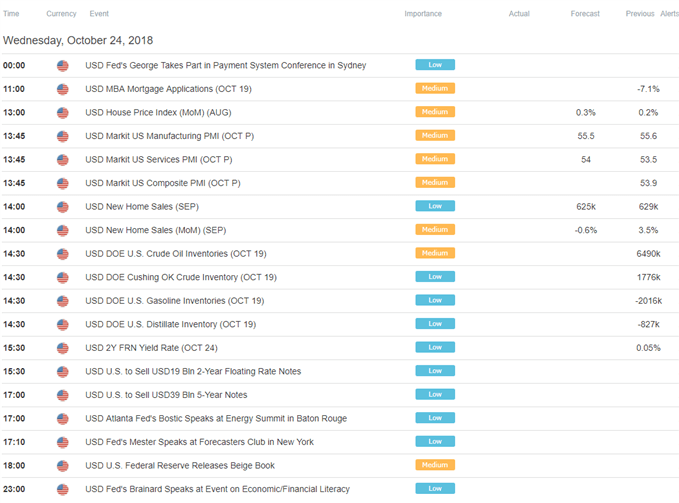