GBP/USD is back under pressure even as U.K. Prime Minster Theresa May argues that the Brexit negotiations are ‘95%’ complete, and recent price action raises the risk for a further decline in the exchange rate as it carves a series of lower highs. 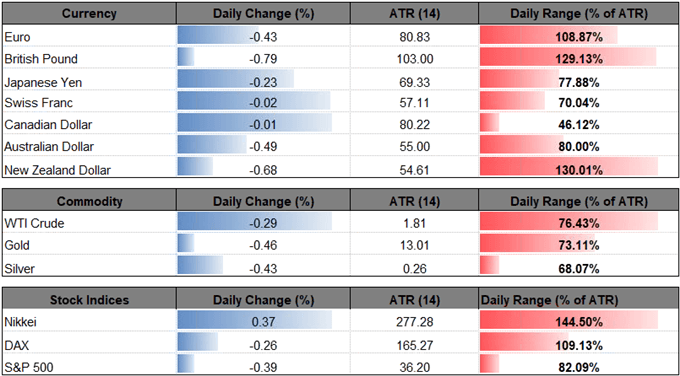 GBP/USD stands at risk for further losses as the European Union (EU) Summit fails to boost the appeal of the British Pound, and the lackluster reaction suggests the uncertainty surrounding Brexit will continue to drag on the exchange rate especially as the Bank of England (BoE) looks poised to keep the benchmark interest rate on hold at its next quarterly meeting on November 1. 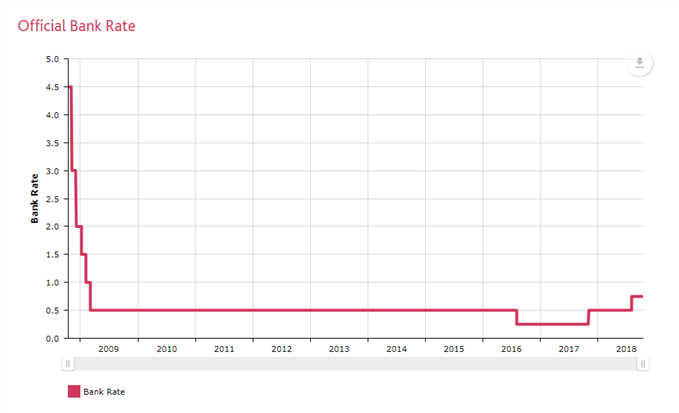 Recent comments from BoE Governor Mark Carney suggest the central bank is in no rush to implement higher borrowing-costs as the Monetary Policy Committee (MPC) is ‘preparing for the worst’ possible Brexit scenario, and the central bank may largely endorse a wait-and-see approach for the remainder of the year as the U.K. is currently scheduled to depart from the EU on March 29.

With that said, the BoE may resume its hiking-cycle in 2019 as the MPC warns that ‘an ongoing tightening of monetary policy over the forecast period would be appropriate to return inflation sustainably to the 2% target at a conventional horizon,’ but the current environment may keep GBP/USD under pressure as the IG Client Sentiment Report continues to reflect a skew in retail interest. 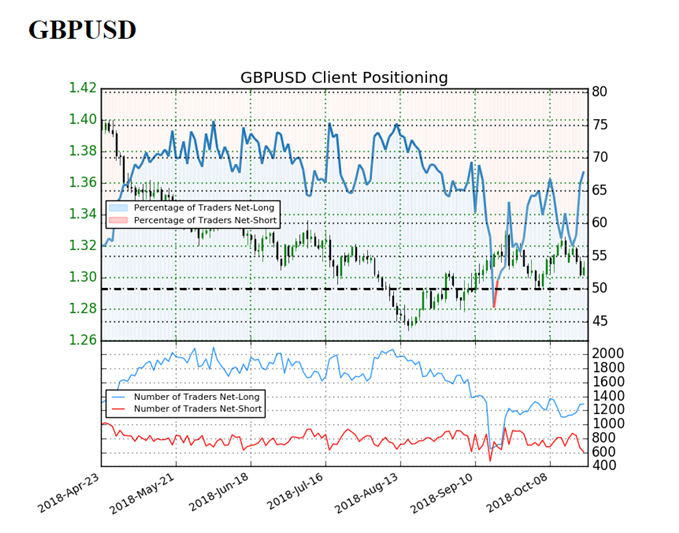 The fresh updates show 67.9% of traders are net-long GBP/USD, with the ratio of traders long to short now at 2.12 to 1.In fact, traders have remained net-long since September 20 when GBP/USD traded near the 1.3150 region even though price has moved 0.7% lower since then. At the same time, the percentage of traders net-long is now its highest since September 7 when pound-dollar traded near the 1.2910 area. The number of traders net-long is 1.9% higher than yesterday and 12.9% higher from last week, while the number of traders net-short is 34.8% lower than yesterday and 29.9% lower from last week.

The recent pickup in net-short position has quickly fizzled as GBP/USD gives back the advance from earlier this month, and the rise in net-long position suggests traders are attempting to fade the weakness in GBP/USD, with a further shift in retail interest offering a contrarian view to crowd sentiment.

In turn, downside targets are back on the radar for GBP/USD following the string of failed attempts to test the September-high (1.3299), with the exchange rate at risk of exhibiting a more bearish behavior as it snaps the upward trend from the 2018-low (1.2662). Keep in mind, the Relative Strength Index (RSI) highlights similar dynamic as the oscillator fails to retain a similar formation, with the developments raising the risk for further losses especially as the bearish momentum appears to be gathering pace. Sign up and join DailyFX Currency Analyst David Song LIVE for an opportunity to discuss potential trade setups! 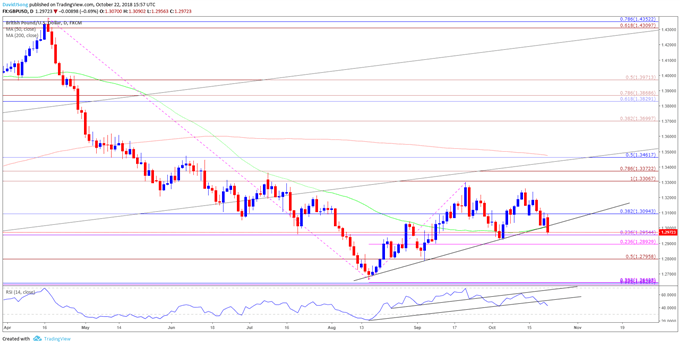