Crude tumbles to a fresh weekly-low as updates from the U.S. Department of Energy (DoE) show another sharp increase in oil inventories, and there appears to be a broader shift in market behavior as both price and the Relative Strength Index (RSI) snap the bullish formations carried over from August. 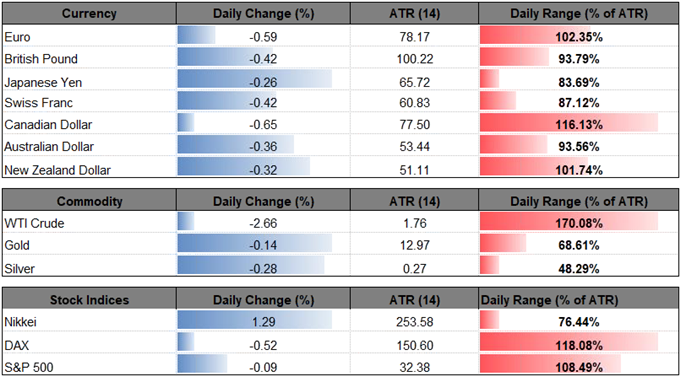 The advance from the September-low ($66.89) continues to unravel as U.S. crude inventories jump 6490K in the week ending October 12, and signs of slowing demand may keep oil prices under pressure especially as the Organization of the Petroleum Exporting Countries (OPEC)reduce their world oil demand growth forecast for 2019.

In response, OPEC and its allies may continue to regulate production over the coming months, and the group may show a greater willingness to extend their effort at the next meeting on December 6 especially as the U.S. sanctions on Iran go into effect in November. The threat for even lower supply may influence the long-term outlook for crude as the major producers remain in no rush to boost output, but the recent pickup in market volatility appears to have spurred a shift in retail interest, with the development warning of a larger pullback in energy prices. 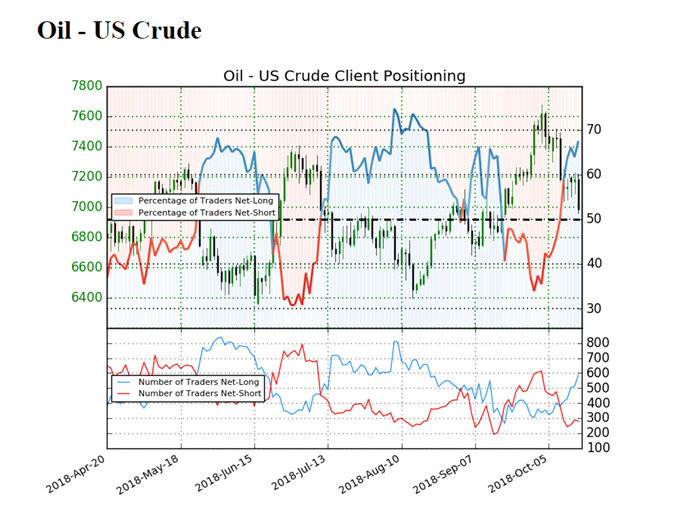 The buildup of net-long interest suggests traders are attempting to fade the weakness in oil, while the net-short community appears to be taking profit, and a further shift in crowd sentiment may continue to offer a contrarian view as both price and the Relative Strength Index (RSI) snap the bullish formations from earlier this year. Sign up and join DailyFX Currency Analyst David Song LIVE for an opportunity to discuss potential trade setups! 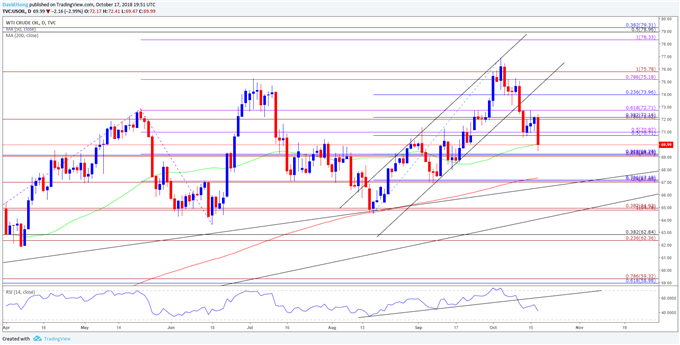