The selloff in USD/JPY appears to have stalled ahead of the weekend as the exchange rate holds a narrow range, and dollar-yen may exhibit a bullish behavior over the coming days as it clings to the upward trend from earlier this year. 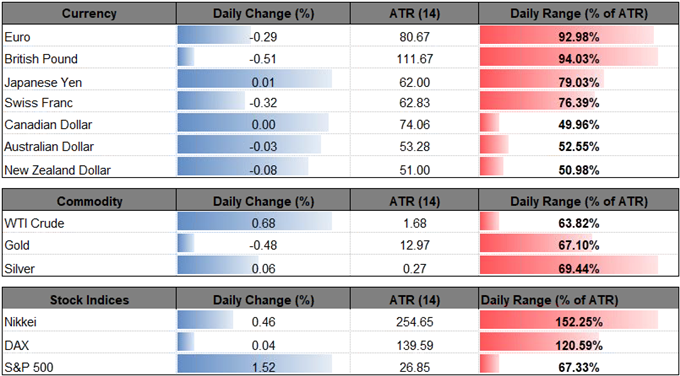 USD/JPY bounces back from the monthly-low (111.84) as the recent rout in risk appetite abates, and the broader themes surrounding foreign exchange markets may support dollar-yen throughout the remainder of the year as the Federal Reserve appears to be well on its way to implement higher borrowing-costs over the coming months.

Recent comments from Chicago Fed President Charles Evans, who rotates into the Federal Open Market Committee (FOMC) in 2019, suggest the central bank will continue to normalize monetary policy next year as ‘it’s time to readjust the policy stance, at least to neutral.’ In response to the ‘very strong economy,’ Mr. Evans warns that the FOMC could be forced to lift the benchmark interest rate ‘maybe 50 basis points above neutral,’ and a growing number of Fed officials may show a greater willingness to extend the hiking-cycle as FOMC largely fulfills its dual mandate for full-employment and price stability. 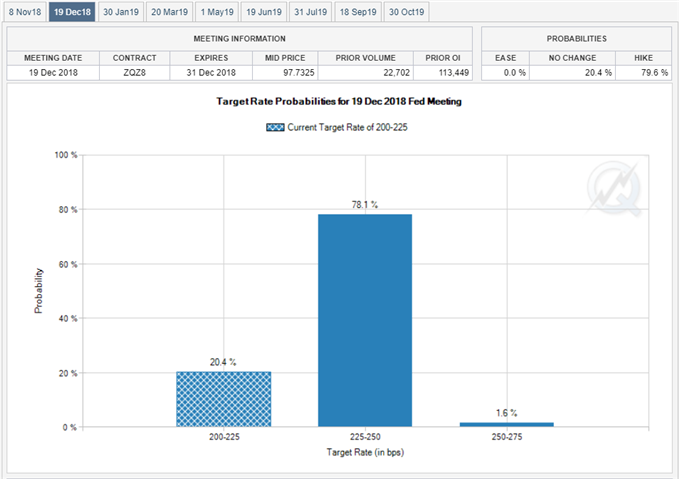 As a result, Chairman Jerome Powell and Co. may prepare U.S. households and businesses for an imminent rate-hike the next meeting in November, and Fed Fund Futures may continue to reflect expectations for a move in December as the central bank endorses a hawkish forward-guidance for monetary policy.

Keep in mind, the recent pickup in volatility spurred a material shift in retail interest, with the IG Client Sentiment Report still highlighting the change in sentiment as 45.2% of traders are net-long USD/JPY, with the ratio of traders short to long at 1.21 to 1.In fact, traders have remained net-short since September 13 when USD/JPY traded near the 111.20 region even though price has moved 0.6% higher since then. 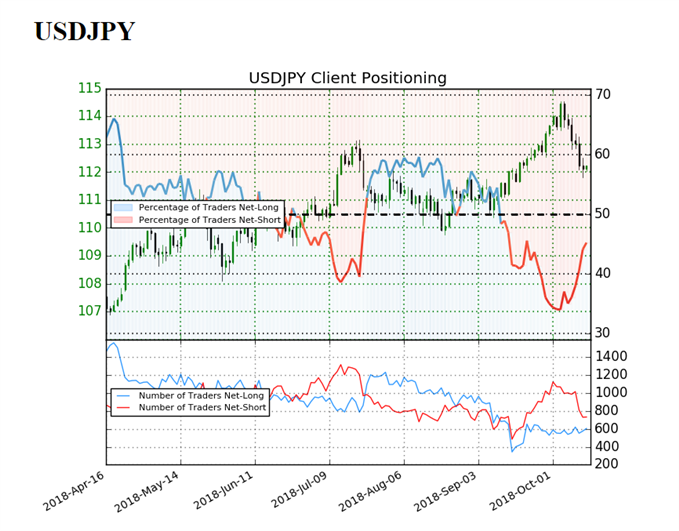 The skew in retail position may continue to offer a contrarian view to crowd sentiment as USD/JPY clings to the upward trend from earlier this year, with recent developments in the Relative Strength Index (RSI) also presenting a constructive outlook for dollar-yen as the oscillator reverses course ahead of oversold territory. Sign up and join DailyFX Currency Analyst David Song LIVE for an opportunity to discuss potential trade setups! 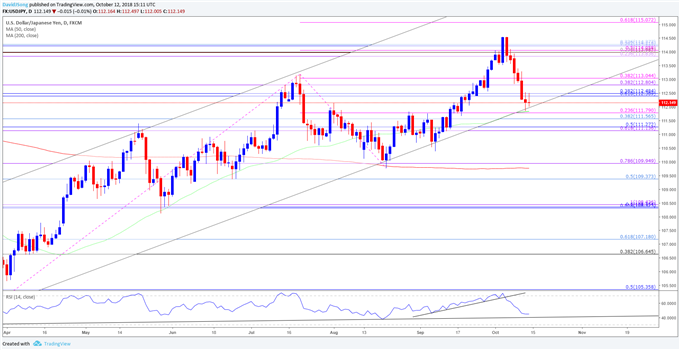