Crude extends the decline from earlier this week as fresh updates from the U.S. Department of Energy (DoE) show a further buildup in oil inventories, and recent developments keep the downside targets on the radar as both price and the Relative Strength Index (RSI) snap the bullish formations from August. 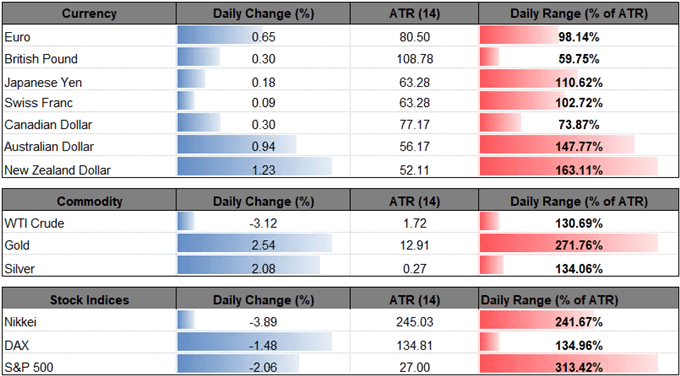 The ongoing pickup in energy inventories is likely to keep oil prices under pressure as the report also shows U.S. field production of crude climbing to 11,200 b/d in the week ending October 5, and the current environment may foster a larger correction in oil especially as the Organization of the Petroleum Exporting Countries (OPEC)see less demand in 2019.

OPEC’s Monthly Oil Market Report (MOMR) now calls for slower consumption in the year ahead, with the organization forecasting world oil demand growth at ‘1.36 mb/d, down by around 50 tb/d from last month’s projections, mainly reflecting adjustments in the economic projections for Turkey, Brazil and Argentina.’

Keep in mind, OPEC and its allies have shown little to no interest in boosting production as the U.S. sanctions on Iran are set to kick in next month, and it seems as though the group will stick to the current quota ahead of the next meeting on December 6 even as the International Monetary Fund (IMF) cuts its world growth forecast for the first time since 2016. 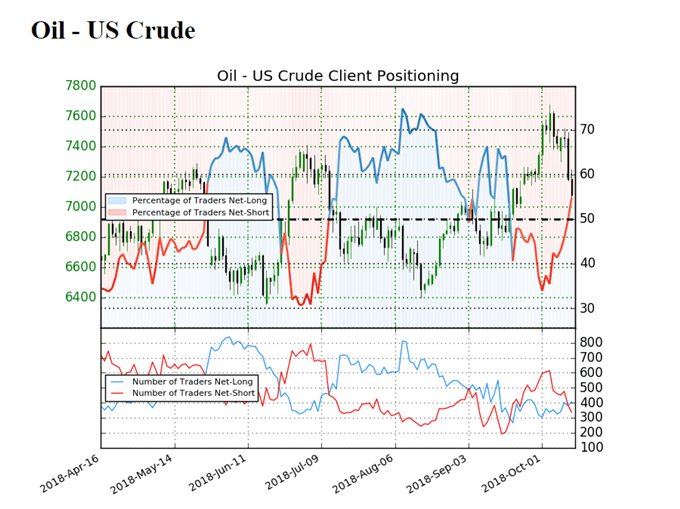 The sharp jump in net-long interest suggests traders are attempting to fade the weakness in oil, and a further shift in crowd sentiment may offer a contrarian view especially as both price and the Relative Strength Index (RSI) snap the bullish formations from earlier this year. Sign up and join DailyFX Currency Analyst David Song LIVE for an opportunity to discuss potential trade setups! 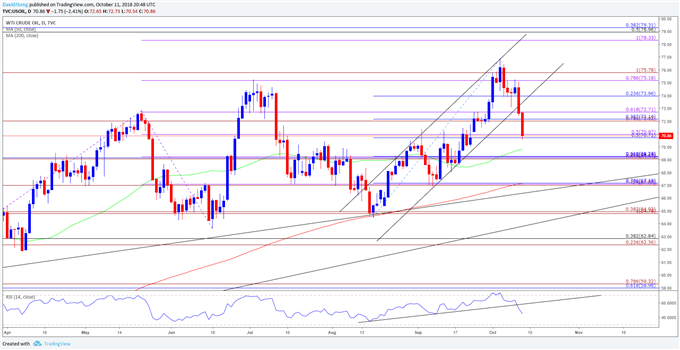