Crude continues to pullback from the 2018-high ($76.88) even as Iranian Oil Minister Bijan Namdar Zanganeh warns that the energy ‘market is in short supply and is rightly nervous about the severe shortage of oil in the coming months,’ and recent price action raises the risk for further losses as oil extends the series of lower highs & lows from the previous week. 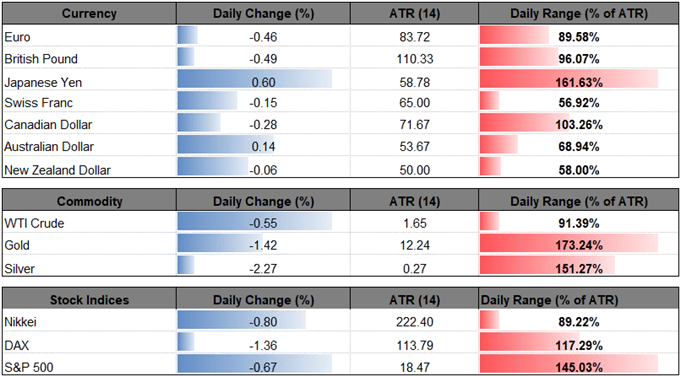 Oil prices appear to be under pressure as the Trump administration is actively mulling waivers on Iranian sanctions that it will be re-imposed next month, and the U.S. may increase its efforts to combat higher energy prices as President Donald Trump argues that ‘reliance on a single foreign supplier can leave a nation vulnerable to extortion and intimidation.’

However, the key themes underlying the energy market may keep oil prices afloat over the near-term as the Organization of the Petroleum Exporting Countries (OPEC) and its allies show little to no interest in boosting production, while recent updates from the U.S. Energy Information Administration (EIA) show U.S. crude output holding steady at 11,100K b/d in the week ending September 28. In turn, developments surrounding OPEC and its allies may continue to influence the broader outlook for oil, and the current environment may fuel the recent advance in crude prices as there appears to be an ongoing change in retail interest. 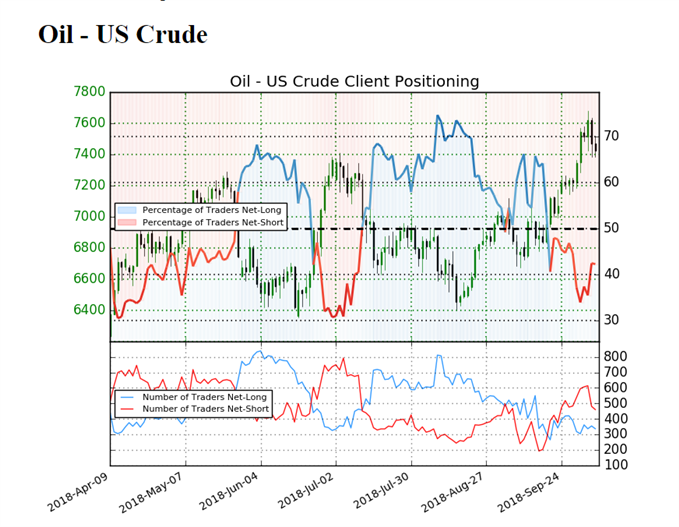 Despite the recent decline in short interest, the persistent skew in retail position offers a contrarian view to crowd sentiment especially as both price and the Relative Strength Index (RSI) cling to the bullish formations carried over from August. Sign up and join DailyFX Currency Analyst David Song LIVE for an opportunity to discuss potential trade setups! 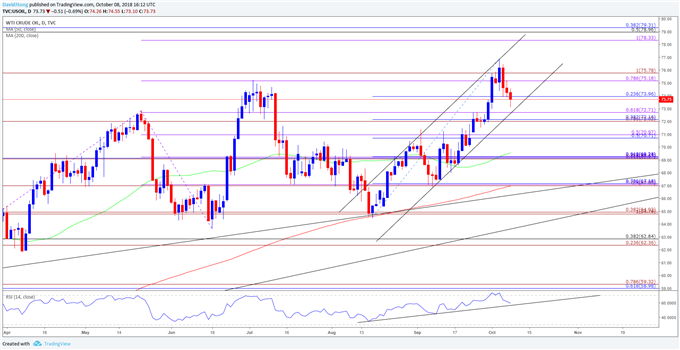