Crude pares the small pullback from earlier this week, with oil sitting near the monthly-high ($75.88), and recent price action keeps the near-term outlook tilted to the topside as the Relative Strength Index (RSI) sits in overbought territory for the first time since the start of the year. 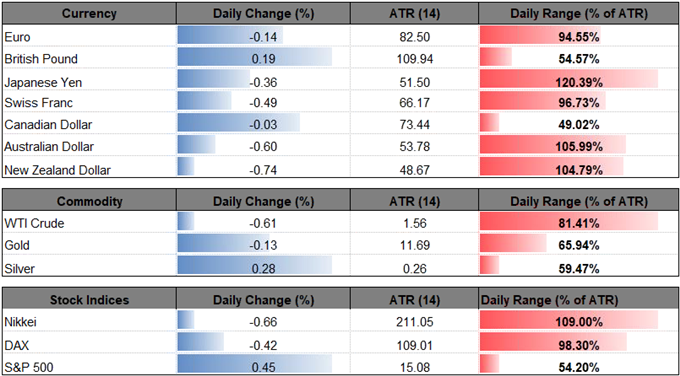 Oil may continue to catch a bid over the near-term as the Organization of the Petroleum Exporting Countries (OPEC) and its allies show little to no interest in boosting production, and the ongoing alliance raises the risk for higher energy prices as Saudi Arabia Energy Minister Khalid Al-Falih argues that some would say that the market is ‘oversupplied.’ 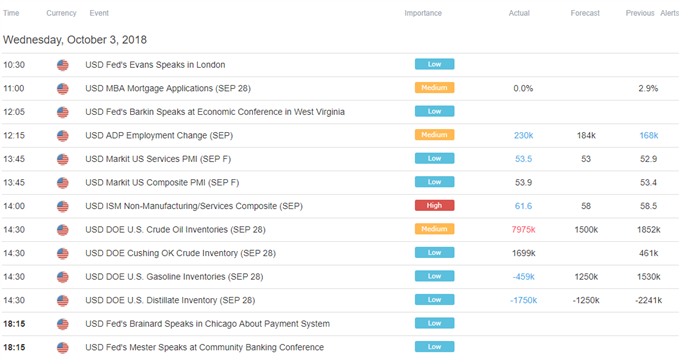 Moreover, the impending U.S. sanctions on Iran are likely keep oil prices afloat as the measures are slated to take effect from November 4, and the weakening outlook for supply may generate a further shift in market behavior even as updates from the Department of Energy (DoE) show U.S. crude inventories increasing a whopping 7975K in the week ending September 28.

With that said, developments surrounding OPEC and its allies may continue to influence the broader outlook for oil, and the current environment may fuel the recent advance in crude prices as there appears to be a material change in retail interest. 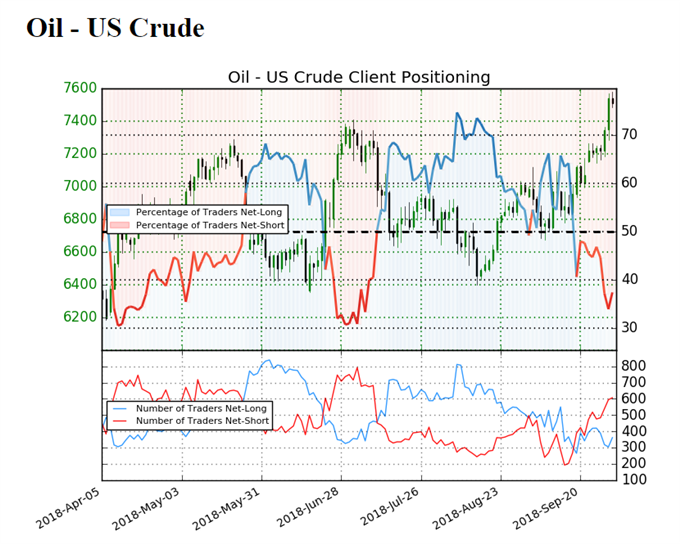 The IG Client Sentiment Report now shows37.4% of traders are net-long crude, with the ratio of traders short to long at 1.67 to 1. In fact, traders have remained net-short since September 21 when oil traded near $70 even though price has moved 7.0% higher since then. The number of traders net-long is 1.7% higher than yesterday and 16.7% lower from last week, while the number of traders net-short is 5.9% higher than yesterday and 15.6% higher from last week.

The jump in short interest provides a contrarian view to crowd sentiment as oil prices clear the July-high ($75.24), with recent price action raising the risk for fresh yearly highs in crude especially as the Relative Strength Index (RSI) suggests the bullish momentum is gathering pace, with the oscillator holding in overbought territory for the first time since January. Sign up and join DailyFX Currency Analyst David Song LIVE for an opportunity to discuss potential trade setups! 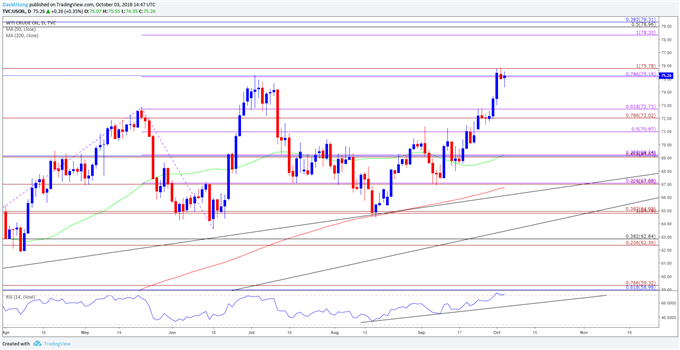