The recent series of higher highs & lows keeps the near-term outlook for USD/JPY tilted to the topside, with the exchange rate at risk of making a run at the November 2017-high (114.74) especially as the bullish momentum appears to be gathering pace. 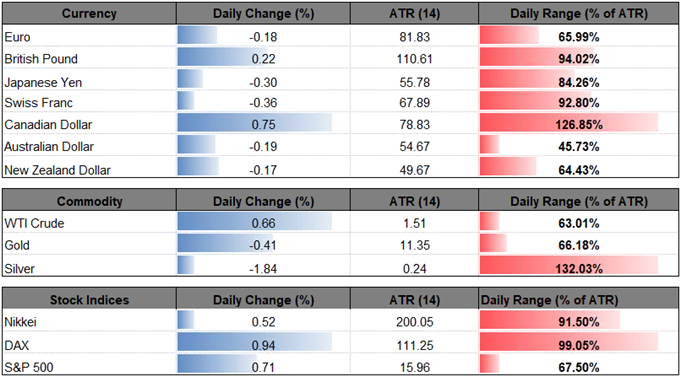 USD/JPY trades to fresh monthly highs following the Federal Open Market Committee (FOMC) September meeting as the central bank pledges to further embark on its hiking-cycle, and expectations for higher borrowing-costs may keep the exchange rate bid throughout the remainder of the year as the Fed endorses a hawkish forward-guidance for monetary policy.

Indeed, lackluster data prints coming out of the U.S. economy may do little to derail the recent advance in USD/JPY amid the limited reaction to the ISM Manufacturing survey, which showed the gauge for business sentiment narrowing to 59.8 from 61.3 in August, and the diverging paths for monetary policy may continue to foster a bullish behavior in the dollar-yen exchange rate as the Bank of Japan (BoJ) remains in no rush to move away from its Quantitative/Qualitative Easing (QQE) Program with Yield-Curve Control. 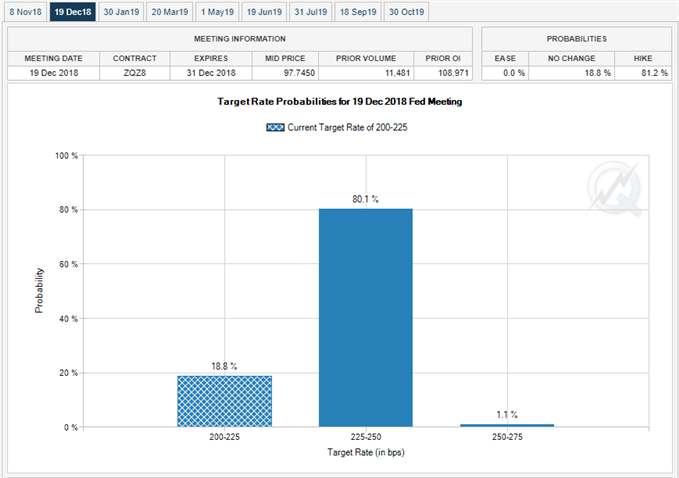 Keep in mind, Fed Fund Futures continue to reflect bets for four rate-hikes in 2018, with the next adjustment largely anticipated for the next quarterly meeting in December, and it seems as though Chairman Jerome Powell & Co. will continue to prepare U.S. households and businesses for a less accommodative stance as ‘the Committee expects that further gradual increases in the target range for the federal funds rate will be consistent with sustained expansion of economic activity, strong labor market conditions, and inflation near the Committee's symmetric 2 percent objective over the medium term.’

With that said, USD/JPY appears to be on track to test the November 2017-high (114.74) as it carves a series of higher highs & lows, while recent developments in the Relative Strength Index (RSI) suggest the bullish momentum is gathering pace as the oscillator breaks above 70 and pushes into overbought territory. 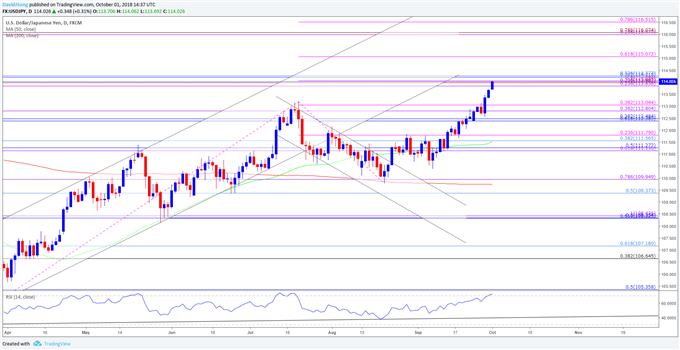