Oil clears the July-high ($75.24) as the Organization of the Petroleum Exporting Countries (OPEC) and its allies show no interest in combating higher energy prices, and crude may continue to exhibit a bullish behavior as it initiates a series of higher highs & lows after breaking out of a narrow range. 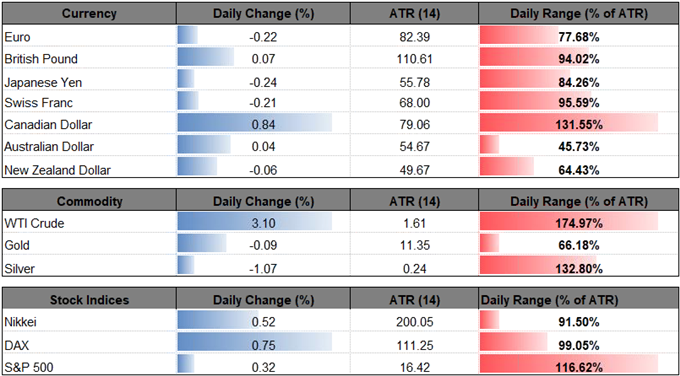 The economic crisis in Venezuela along with the rebalancing efforts by OPEC and its allies are likely to generate higher oil prices as the group sticks to its current level of output ahead of the next meeting on December 6, and crude may gain ground throughout the second-half of 2018 especially as the U.S. sanctions on Iran are slated to take effect from November 4.

With that said, developments surrounding OPEC and its allies may continue to influence the outlook for oil even as President Donald Trump argues that ‘reliance on a single foreign supplier can leave a nation vulnerable to extortion and intimidation,’ and the recent rebound in U.S. crude output may do little to curb higher energy prices as there appears to be a broader shift in market behavior. 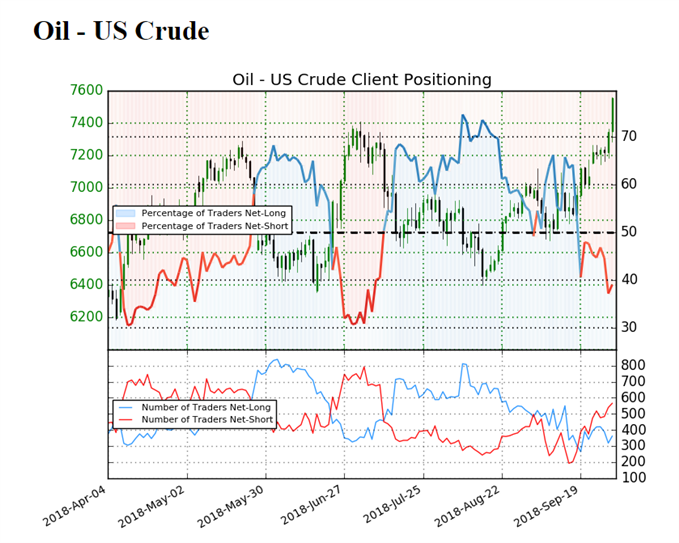 The recent shift in retail position provides a contrarian view to crowd sentiment, which looks poised to persist over the near-term, with recent price action raising the risk for fresh yearly highs in crude especially as the Relative Strength Index (RSI) suggests the bullish momentum is gathering pace.Interested in having a broader discussion on current market themes? Sign up and join DailyFX Currency Analyst David Song LIVE for an opportunity to discuss potential trade setups! 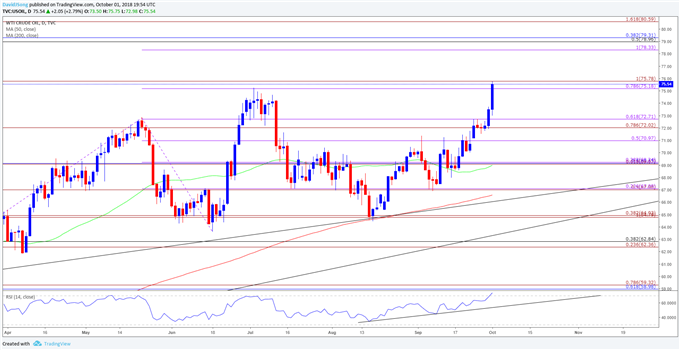