Gold slips to a fresh monthly-low ($1188) as the U.S. dollar remains bid following the U.S. Non-Farm Payrolls (NFP) report, and the precious metal remains vulnerable to further losses ahead of the Federal Reserve’s meeting as it extends the string of lower highs & lows carried over from the previous week. 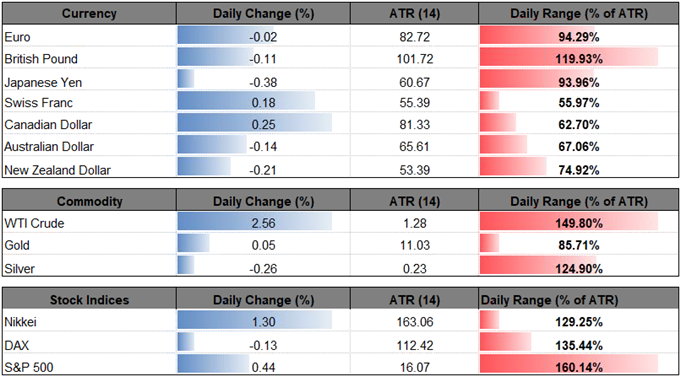 The rebound in global benchmark equity indices suggest the recent wave of risk aversion is behind us, and little signs of a flight away from fiat-currencies is likely to keep gold under pressure on the back of rising U.S. interest rates.

Even though the Federal Open Market Committee is widely anticipated to raise the benchmark interest rate to a fresh threshold of 2.00% to 2.25% on September 26, it seems as though Chairman Jerome Powell & Co. will continue to prepare U.S. households and businesses for higher borrowing-costs as the central bank largely achieves to its dual mandate for full-employment and price stability. 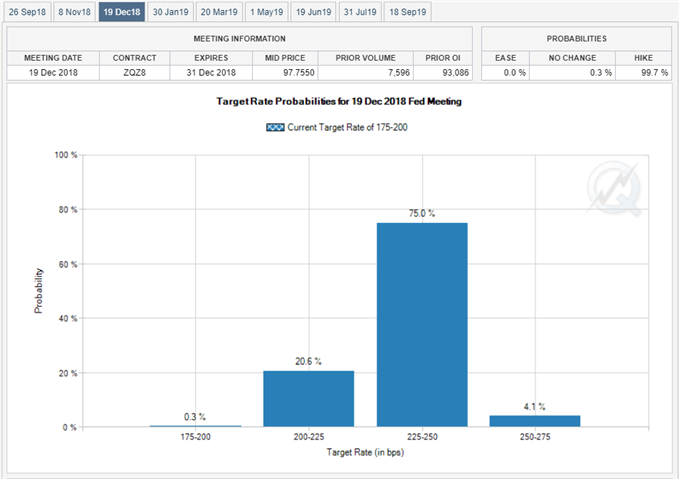 In turn, a hawkish Fed rate-hike is likely to reinforce a long-term bearish outlook for gold, and Fed Fund Futures may continue to show market participants gearing up for another move in December as ‘many participants noted that it would likely be appropriate in the not-too-distant future to revise the Committee's characterization of the stance of monetary policy in its postmeeting statement.’ However, fresh projections from Chairman Powell & Co. are likely to influence the U.S. dollar as well as gold prices amid current forecasts for a longer-run interest rate of 2.75% to 3.00%, and more of the same from Fed officials may produce a mixed reaction as it curbs bets for an extended hiking-cycle. 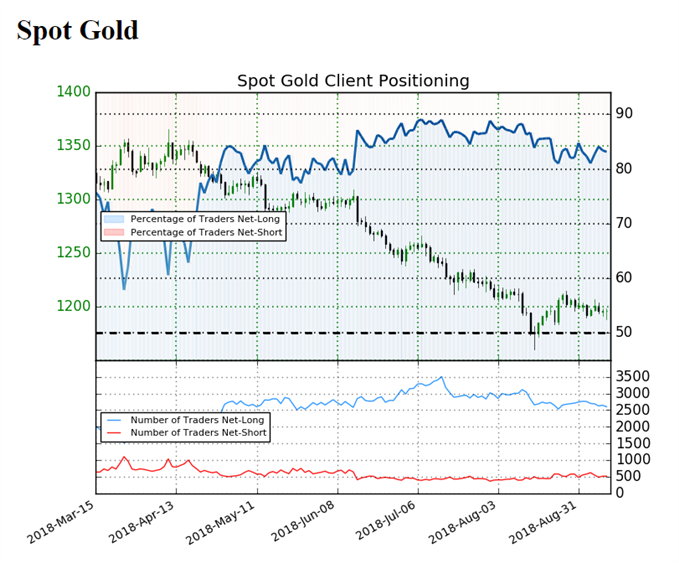 The skew in retail positioning provides a contrarian view to crowd sentiment, with recent price action reinforcing a bearish outlook as gold extends the series of lower highs & lows from the previous week.Sign up and join DailyFX Currency Analyst David Song LIVE for an opportunity to discuss potential trade setups. 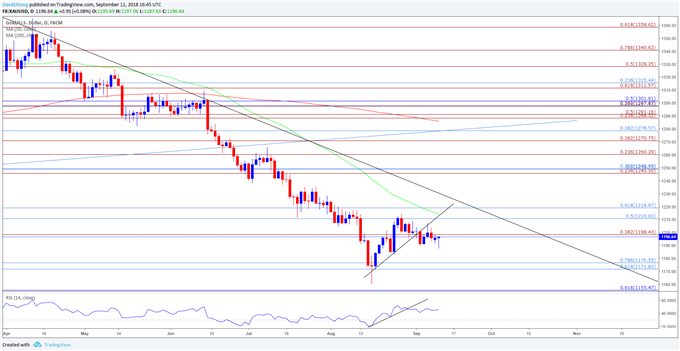