USD/CAD trades on a firmer footing as Canada’s Gross Domestic Product (GDP) report disappoints, and current price action warns of a larger recovery in the exchange rate as it snaps the bearish series carried over from the previous week. 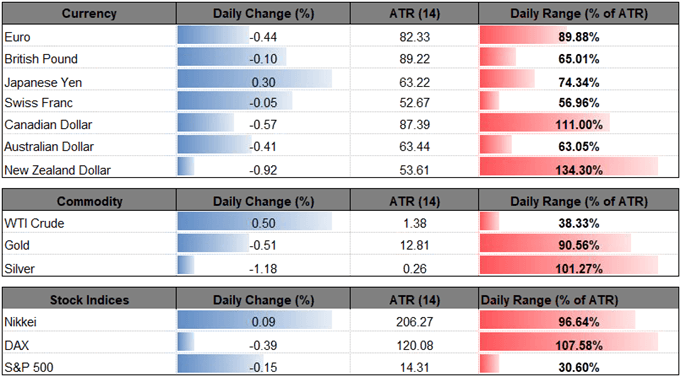 The Canadian dollar struggles to hold its ground as the economy expands 2.9% in the second-quarter of 2018 versus projections for a 3.1% print, and the lackluster data print does little to sway the monetary policy outlook as the Bank of Canada (BoC) pledges to ‘take a gradual approach, guided by incoming data.’

Keep in mind, the BoC appears to be on track to further embark on its hiking-cycle as the ‘Governing Council expects that higher interest rates will be warranted to keep inflation near target,’ but fresh remarks from Governor Stephen Poloz suggest the central bank will stick to its current path of delivering two 25bp rate hikes per year as the pickup in price growth is largely drive by ‘transitory factors.’ In turn, the BoC may merely attempt to buy more time at the next meeting on September 5, and the central bank may ultimately tame bets for an imminent rate-hike as ‘household spending is being dampened by higher interest rates and tighter mortgage lending guidelines.’

Nevertheless, there appears to be a broader shift in USD/CAD behavior as the exchange rate continues to track the downward trend carried from June, with the Relative Strength Index (RSI) highlighting a similar dynamic as the oscillator snaps the bullish formation from earlier this year. However, recent price action warns of a larger rebound as dollar-loonie bounces back from channel support and snaps the series of lower highs & lows carried over from the previous week. Sign up and join DailyFX Currency Analyst David Song LIVE for an opportunity to discuss potential trade setups. 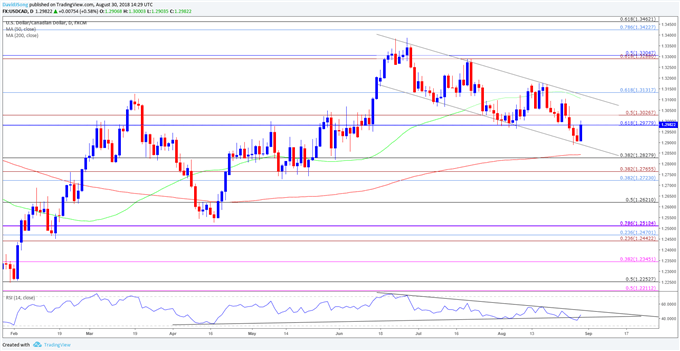