Gold prices appear to be on their way to test the August-high ($1225) even as Federal Reserve pledges to further normalize monetary policy, and the precious metal may stage a larger recovery over the remainder of the month as the bearish momentum unravels. 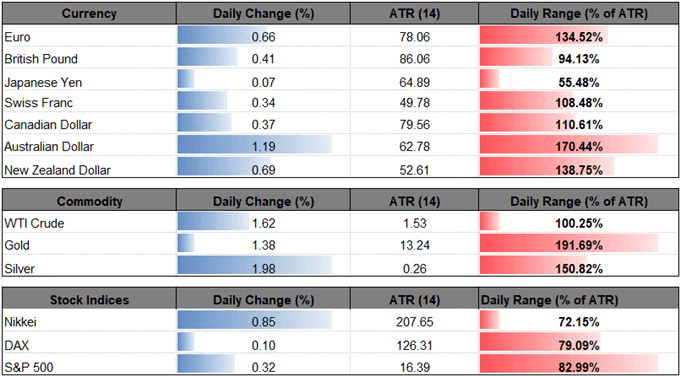 Recent remarks coming out of the Fed have failed to prop up the U.S. dollar, with bullion climbing to fresh weekly highs, and the inverse relationship between gold and the greenback may continue to take shape over the near-term as the central bank sticks to its hiking-cycle.

It seems as though the Federal Open Market Committee (FOMC) has little to no intention of deviating from its current course as the meeting minutes notes that‘it would likely soon be appropriate to take another step in removing policy accommodation,’ and the central bank may continue to prepare U.S. households and businesses for higher borrowing-costs as ‘policymakers viewed the recent data as indicating that the outlook for the economy was evolving about as they had expected.’ 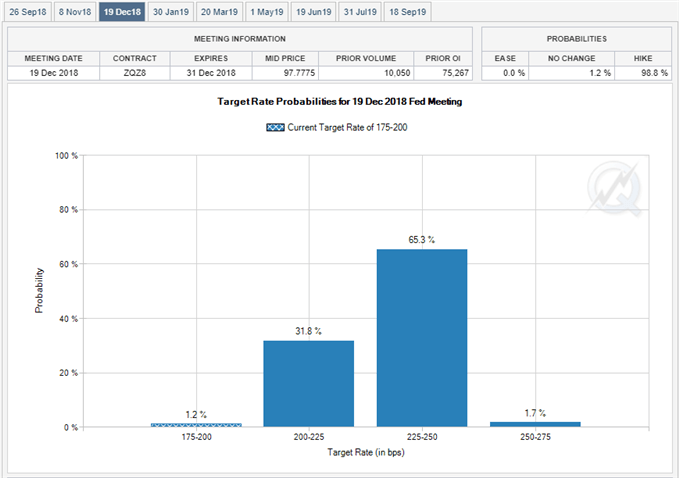 Moreover, Fed Fund Futures continue to reflect expectations for four rate-hikes in 2018, with market participants gearing up for a move in September and December, but comments from Chairman Jerome Powell appear to have rattled bets for an extended hiking-cycle as the central bank head strikes a more balanced tone at the Fed Economic Symposium in Jackson Hole, Wyoming. During his speech, Chairman Powell talked down the risk for above-target inflation as ‘there does not seem to be an elevated risk of overheating,’ with the central bank head spending zero time to boost the credibility of the FOMC even as U.S. President Donald Trump continues to speak on monetary policy. 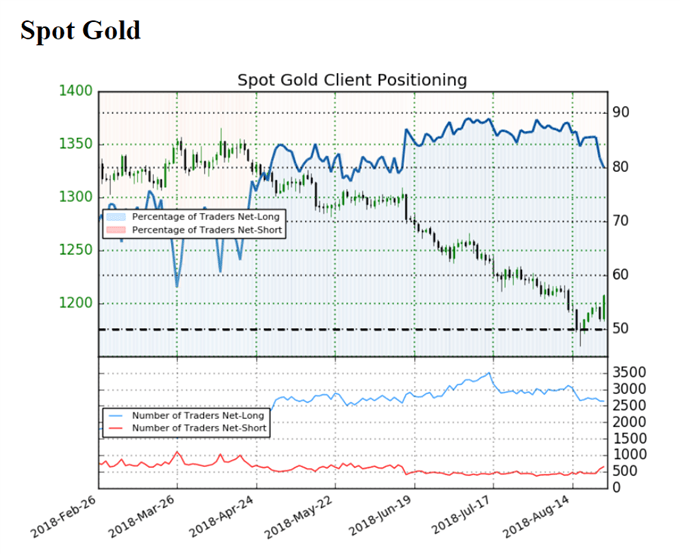 The rise in net-shorts appears to be spurring a shift in the IG Client Sentiment reading for gold, but the ongoing slant in retail positioning offers a contrarian view to crowd sentiment, with the broader outlook for gold still tilted to the downside as it preserves the downward trend from earlier this year. However, recent developments in the Relative Strength Index (RSI) warn of a larger recovery as it snaps the bearish formation from late-March, with topside targets still on the radar as the rebound from the yearly-low ($1160) appears to be gathering pace. 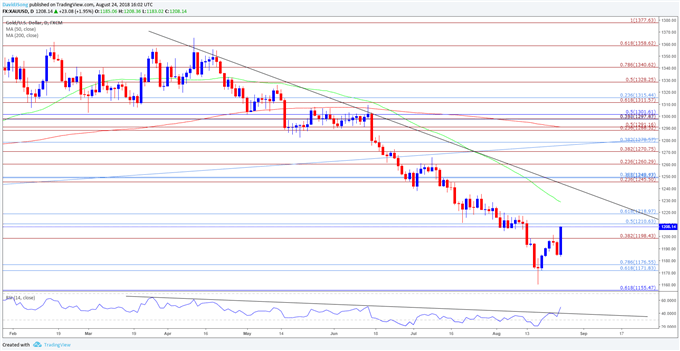