USD/JPY snaps back from a fresh monthly-low (109.78) even as U.S. President Donald Trump is ‘not thrilled’ about higher interest rates, but recent price action keeps the near-term outlook tilted to the downside as the exchange rate continues to carve a series of lower highs & lows. 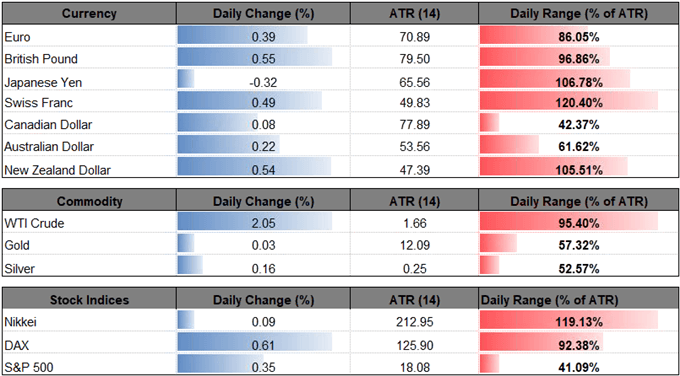 It seems as though the Trump Administration will continue to comment on Fed policy as Chairman Jerome Powell & Co. expect ‘further gradual increases in the target range for the federal funds rate,’ but the diverging paths for monetary policy should limit the downside risk for USD/JPY as the Bank of Japan (BoJ) sticks to its Quantitative/Qualitative Easing (QQE) Program with Yield-Curve Control, while the Federal Open Market Committee’s (FOMC) appears to be on track to implement four rate-hikes in 2018. 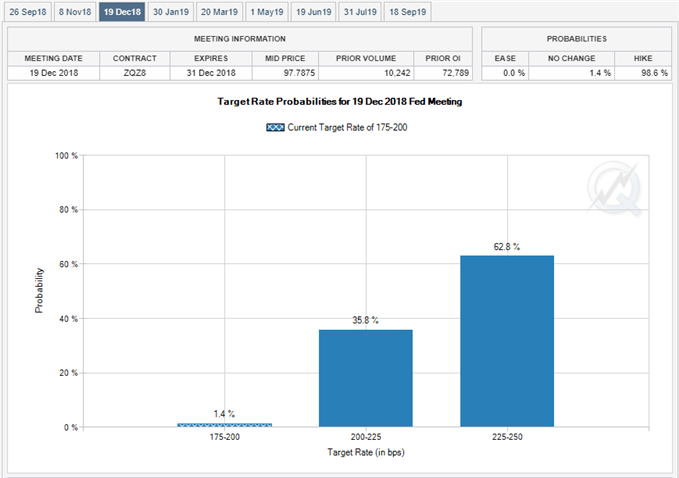 Keep in mind, Fed Fund Futures continue to show market participants gearing up for a move in September and December, with the benchmark interest rate expected to hit the 2.25% to 2.50% threshold by the end of the year. In turn, the FOMC Minutes and the Fed Economic Symposium in Jackson Hole, Wyoming may ultimately help to heighten the appeal of the U.S. dollar as ‘participants generally judged that, with the economy already very strong and inflation expected to run at 2 percent on a sustained basis over the medium term, it would likely be appropriate to continue gradually raising the target range for the federal funds rate to a setting that was at or somewhat above their estimates of its longer-run level by 2019 or 2020.’

With that said, a batch of hawkish Fed rhetoric may foster a larger rebound in USD/JPY, but recent price action keeps the downside targets on the radar as there appears to be a broader shift in dollar-yen behavior. Bearish formations have taken shape as both price and the Relative Strength Index (RSI) snap the upward trends from earlier this year, with the dollar-yen exchange rate at risk for further losses as it extends the bearish sequence carried over from the previous week. 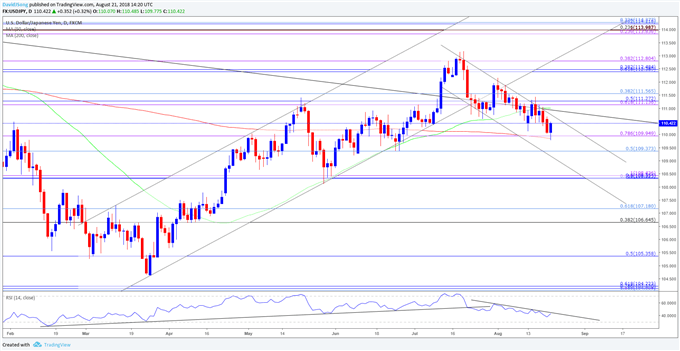 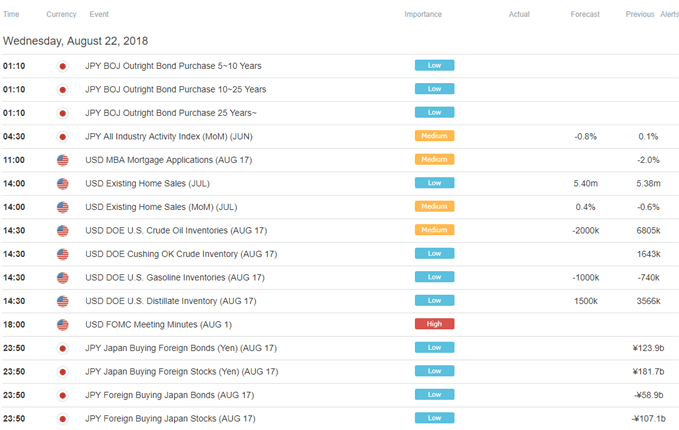