Recent price action in GBP/USD warns of a potential change in market behavior as the exchange rate extends the advance from the 2018-low (1.2662), but the bearish trends in price and the Relative Strength Index (RSI) may continue to take shape as retail sentiment offers a contrarian signal. 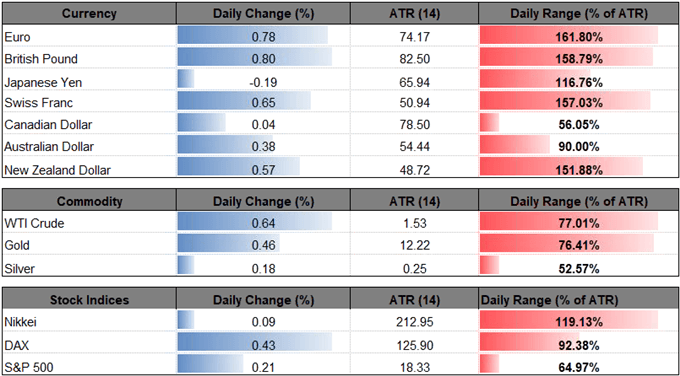 Concerns surrounding the Federal Reserve’s independence appears to be dragging on the U.S. dollar as President Donald Trump continues to speak on monetary policy, and GBP/USD looks poised for a larger recovery as the exchange rate carves a series of higher highs & lows, while the RSI finally bounces back from oversold territory.

With Chairman Jerome Powell & Co. slated to speak at the Fed Economic Symposium in Jackson Hole, Wyoming, market participants are likely to pay increased attention to the fresh batch of central bank rhetoric especially as Atlanta Fed President Raphael Bostic, a 2018-voting member on the FOMC, warns that ‘the independence of the Fed is extremely important.’ It seems as though the FOMC has no intentions of deviating from its hiking-cycle as the central bank largely achieves its dual mandate for full-employment and price stability, and a batch of hawkish comments may ultimately curb the recent advance in GBP/USD as Fed Fund Futures continue to reflect expectations for four rate-hikes in 2018. 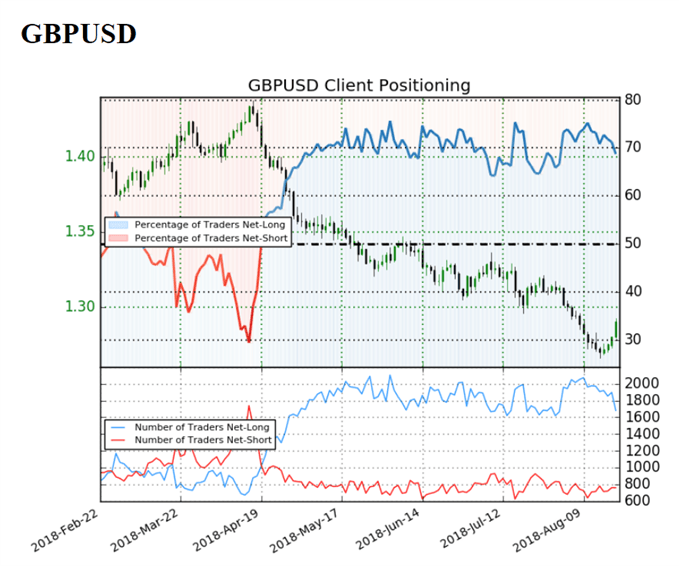 At the same time, the IG Client Sentiment Report still shows retail sentiment near extremes, with 68.7% of traders are net-long GBP/USD as the ratio of traders long to short sits at 2.2 to 1. Keep in mind, traders have remained net-long since April 20 when GBP/USD traded near the 1.4050 regioneven though price has moved 8.1%lower since then.The number of traders net-long is 12.4% lower than yesterday and 14.6% lower from last week, while the number of traders net-short is 3.0% lower than yesterday and 5.5% higher from last week.

The persistent skew in retail positioning provides a contrarian view to crowd sentiment, with the broader outlook for GBP/USD still tilted to the downside as both price and the RSI preserve the bearish trends from earlier this year. However, recent price action warns of a larger recovery as the bearish momentum appears to be abating, while pound-dollar carves a series of higher highs & lows. Sign up and join DailyFX Currency Analyst David Song LIVE for an opportunity to discuss potential trade setups! 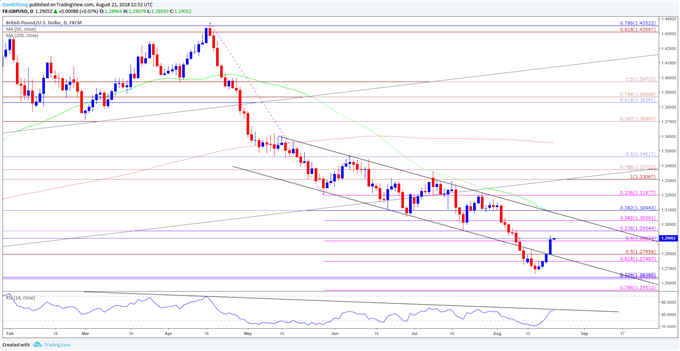