GBP/USD struggles to preserve the rebound from earlier this week as U.K. officials prepare for a no-deal Brexit, and the current environment keeps the downside targets on the radar as the Relative Strength Index (RSI) stubbornly holds in oversold territory. 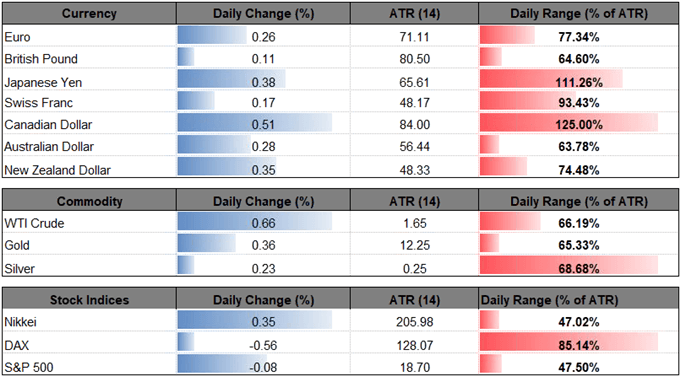 GBP/USD appears to be back under pressure as Mayor of London Sadiq Khan warns that ‘we are now left with no choice but to plan for a no- deal scenario,’ with Mr. Khan now set to tap the London resilience forum, the group of 170 organizations which include emergency services, local authorities and the National Health Services (NHS), as Prime Minister Theresa May struggles to strike a deal with the European Union (EU).

The uncertainty surrounding Brexit may impact the monetary policy outlook as the Bank of England (BoE) warns that ‘the economic outlook could be influenced significantly by the response of households, businesses and financial markets to developments related to the process of EU withdrawal,’ and the central bank may ultimately carry the current policy into 2019 as ‘any future increases in Bank Rate are likely to be at a gradual pace and to a limited extent.’

With that said, the Monetary Policy Committee (MPC) may merely attempt to buy more time at the next meeting on September 13 after delivering a rate-hike earlier this month, and Governor Mark Carney & Co. may tame bets for another rate-hike in 2018 as ‘uncertainty around the United Kingdom’s future trading arrangements continued to weigh on business investment.’ 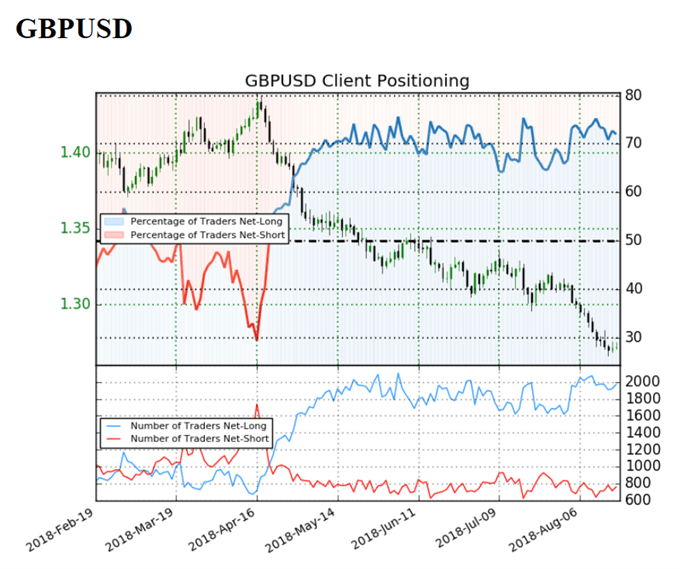 Moreover, the IG Client Sentiment Report still shows retail sentiment near extremes as 72.0% of traders remain net-long GBP/USD, with the ratio of traders long to short at 2.57 to 1. Keep in mind, traders have remained net-long since April 20 when GBP/USD traded near the 1.4050 regioneven though price has moved 9.6% lower since then. The number of traders net-long is 3.9% higher than yesterday and 5.9% lower from last week, while the number of traders net-short is 3.9% higher than yesterday and 5.2% higher from last week.

The ongoing skew in retail positioning offers a contrarian view to crowd sentiment, and recent developments in the Relative Strength Index (RSI) keeps the downside targets on the radar for GBP/USD as the oscillator sits in oversold territory. Keep in mind, the last instance occurred back in May, with the oscillator holding below 30 for nearly a month, which was largely accompanied by a decline in GBP/USD. Sign up and join DailyFX Currency Analyst David Song LIVE for an opportunity to discuss potential trade setups! 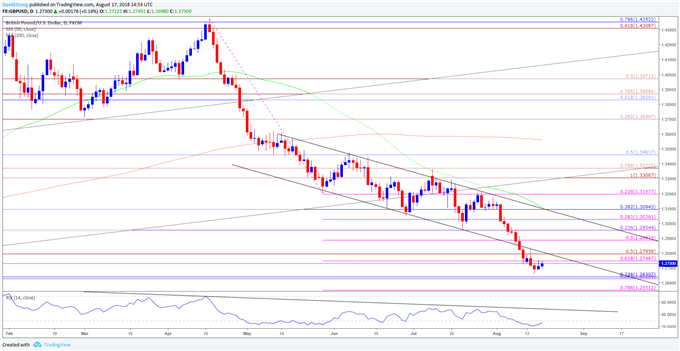 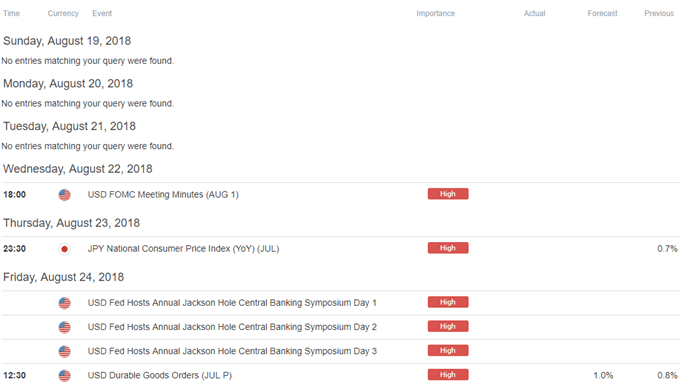