GBP/USD trades on a firmer footing amid an unexpected rebound in U.S. Retail Sales, but the current environment keeps the downside targets on the radar as the Relative Strength Index (RSI) continues to sit in oversold territory. 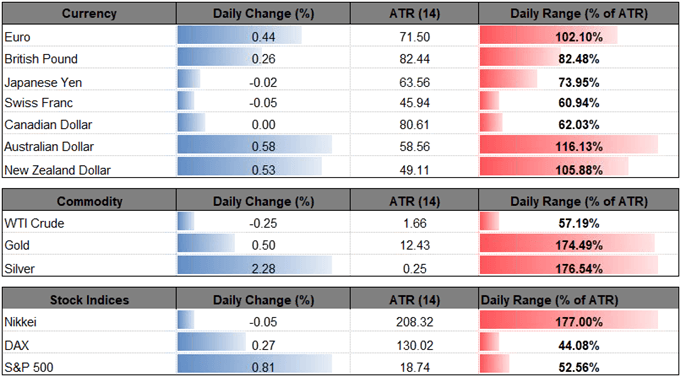 GBP/USD pares the decline from earlier this week as U.K. household spending expands 0.9% in July, and signs of stronger consumption may keep the Bank of England (BoE) on track to further normalize monetary policy as ‘recent data appear to confirm that the dip in output in the first quarter was temporary, with momentum recovering in the second quarter.’

In turn, the BoE may continue to strike a hawkish tone at the next meeting on September 13 as ‘an ongoing tightening of monetary policy over the forecast period would be appropriate to return inflation sustainably to the 2% target at a conventional horizon,’ but Governor Mark Carney & Co. appear to be in no rush to deliver another rate-hike in 2018 as ‘the economic outlook could be influenced significantly by the response of households, businesses and financial markets to developments related to the process of EU withdrawal.’

With that said, the ongoing negotiations surrounding the Brexit process may continue to sway the exchange rate as the BoE delivers a dovish rate-hike earlier this month, and the British Pound remains at risk of facing headwinds over the remainder of the year as the Monetary Policy Committee (MPC) warns that ‘any future increases in Bank Rate are likely to be at a gradual pace and to a limited extent.’ 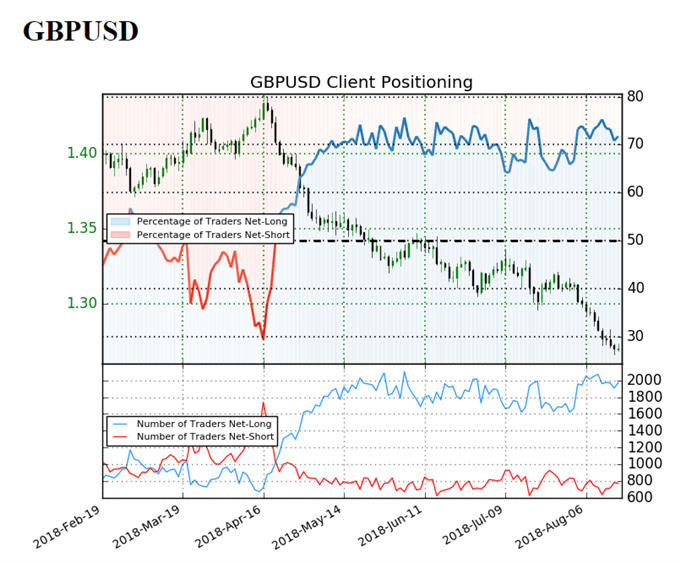 The extreme reading in retail positioning continues to offer a contrarian view to crowd sentiment, and recent developments in the Relative Strength Index (RSI) keeps the downside targets on the radar for GBP/USD as the oscillator continues to sit in oversold territory. Keep in mind, the last instance occurred back in May, with the oscillator holding below 30 for nearly a month, which was largely accompanied by a decline in GBP/USD. Sign up and join DailyFX Currency Analyst David Song LIVE for an opportunity to discuss potential trade setups! 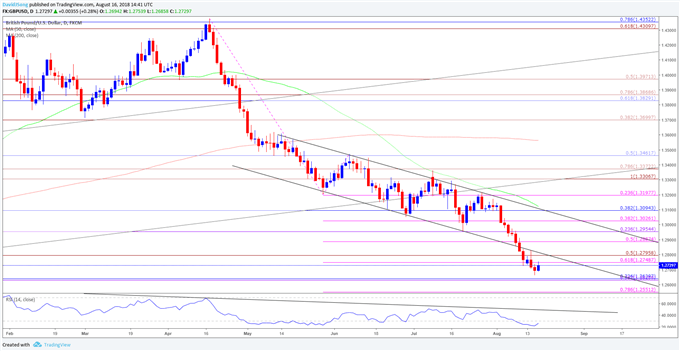