USD/CAD pares the advance from earlier this month even as U.S. President Donald Trump tweets that Canada’s ‘Tariffs and Trade Barriers are far too high,’ and recent price action warns of further losses as the exchange rate snaps the series of higher highs & lows from the previous week. 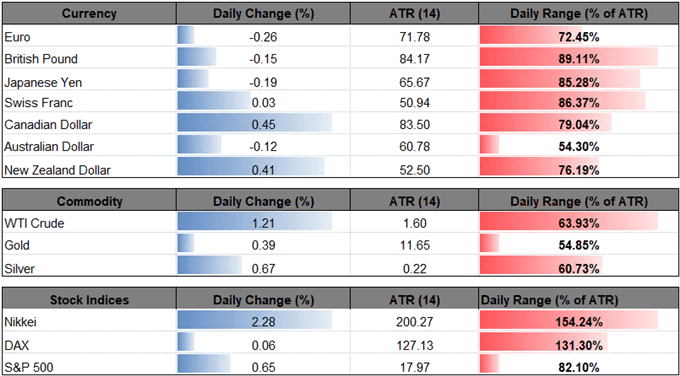 The ongoing adjustment in U.S. trade policy may impact the broader outlook for USD/CAD as the President Trump warns that the administration ‘will tax cars if we can’t make a deal,’ and mixed data prints coming out of Canada may curb the recent pullback in the exchange rate as it dampens bets for another Bank of Canada (BoC) rate-hike in 2018.

Despite the 54.1K expansion in Canada Employment, the gauge for household earnings unexpectedly narrowed to 3.0% from 3.5% in June, and fresh updates to the Consumer Price Index (CPI) may ultimately produce headwinds for the Canadian dollar as the headline reading for inflation is projected to hold steady at 2.5% per annum in July.

Signs of limited price pressure may encourage the BoC to keep the benchmark interest rate on hold at the next meeting on September 5 as ‘the Bank estimates that underlying wage growth is running at about 2.3 per cent, slower than would be expected in a labour market with no slack,’ and Governor Stephen Poloz & Co. may stick to the sidelines throughout the remainder of the year as ‘the possibility of more trade protectionism is the most important threat to global prospects.’

As a result, narrowing bets for an imminent BoC rate-hike may keep USD/CAD afloat over the coming months especially as the Federal Reserve looks to deliver four rate-hikes in 2018, but the recent shift in dollar-loonie behavior may continue to materialize over the coming days as the Relative Strength Index (RSI) appears to be on its way to threaten the bullish formation from earlier this month. Interested in having a broader discussion on current market themes? Sign up and join DailyFX Currency Analyst David Song LIVE for an opportunity to discuss potential trade setups! 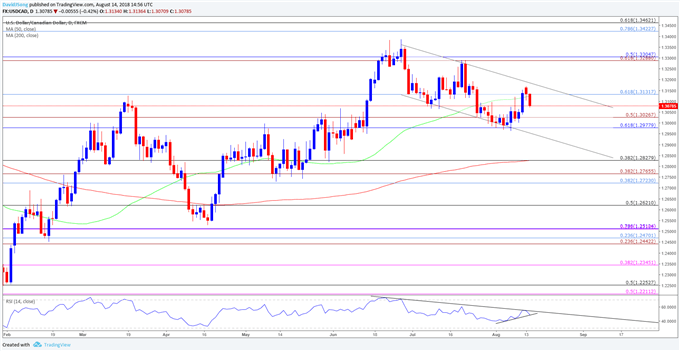 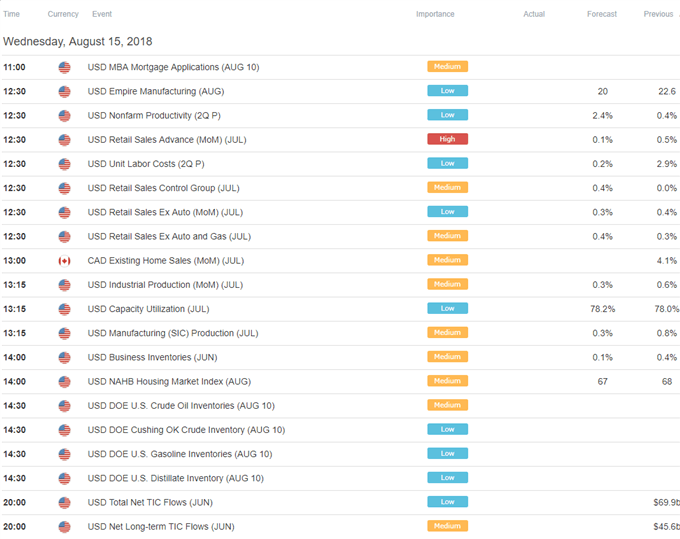