Gold prices are trading in a narrow range following the failed attempt to test the July 2017-low ($1207), but the broader outlook remains tilted to the downside as the precious metal continues to track the bearish trend from earlier this year. 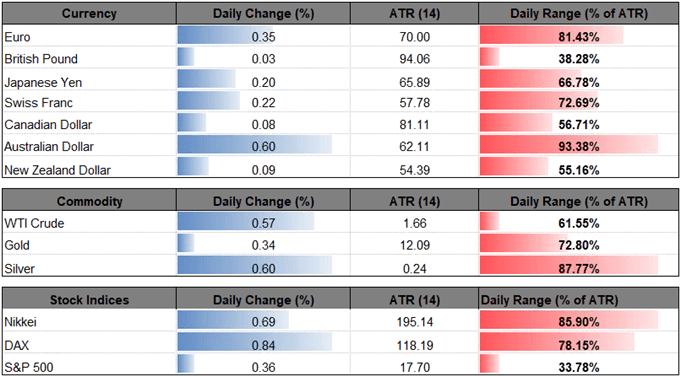 The recent rebound in bullion has been accompanied by U.S. dollar weakness, with the greenback losing ground against all of its major counterparts, and the growing threat of a global trade war may continue to sap the appeal of the reserve currency as President Donald Trump tweets that ‘anyone doing business with Iran will NOT be doing business with the United States.’

The repercussions from the shift in U.S. trade policy may become a growing discussion at the Federal Reserve as ‘most participants noted that uncertainty and risks associated with trade policy had intensified and were concerned that such uncertainty and risks eventually could have negative effects on business sentiment and investment spending,’ but recent comments from Chairman Jerome Powell & Co. suggest the central bank will stay on its current course to implement higher borrowing-costs as the central bank largely achieves its dual mandate for full-employment and price stability. 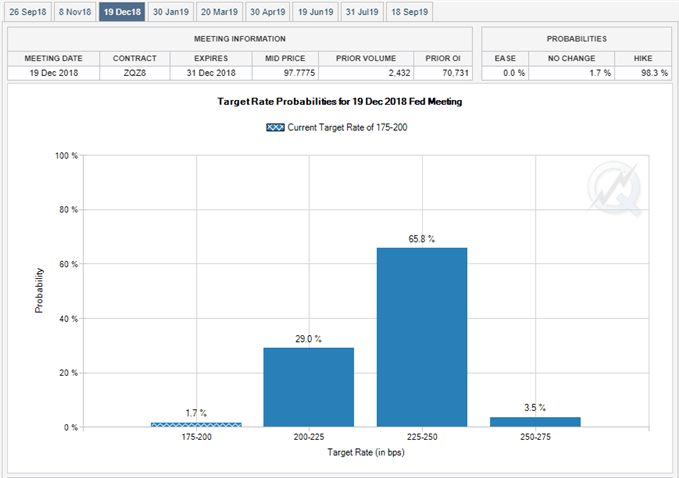 With that said, Fed Fund Futures may continue to reflect expectations for four rate-hikes in 2018 as market participants gear up for a move in September and December, and the Federal Open Market Committee’s (FOMC hiking-cycle may continue to sap the appeal of gold as ‘the Committee expects that further gradual increases in the target range for the federal funds rate will be consistent with sustained expansion of economic activity, strong labor market conditions, and inflation near the Committee's symmetric 2 percent objective over the medium term.’ 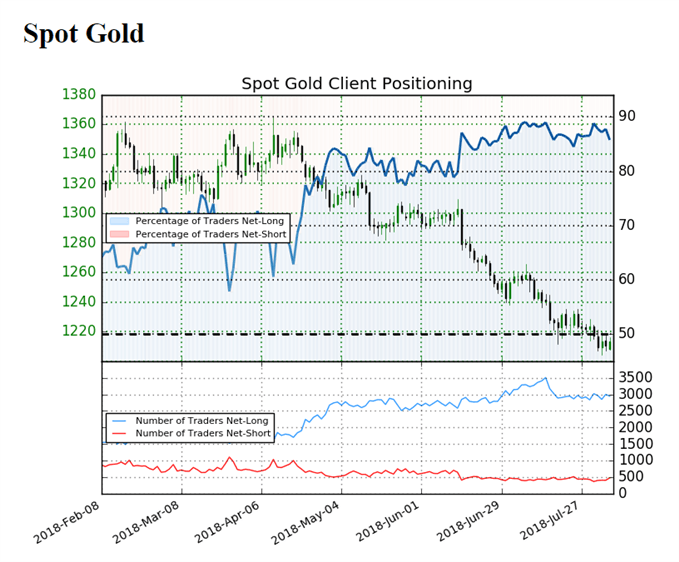 The persistent slant in retail positioning presents a contrarian view to crowd sentiment, with the broader outlook for gold still tilted to the downside as both price and the Relative Strength Index (RSI) continue to track the bearish formations carried over from earlier this year. 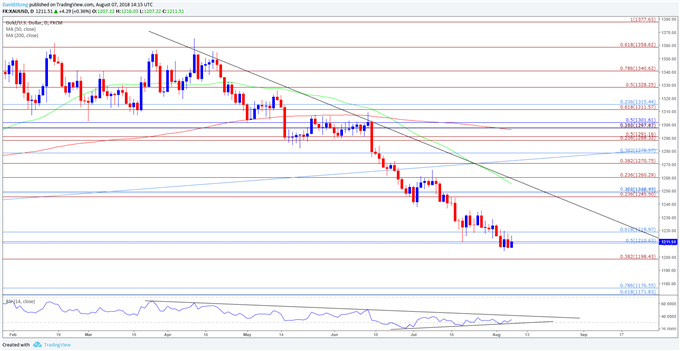