The recent decline in gold appears to be stalling ahead of the July 2017-low ($1207) as the People’s Bank of China (PBoC) takes additional steps to support the economy, but the recent series of lower highs & lows keeps the downside targets on the radar especially as the bearish momentum appears to be gathering pace. 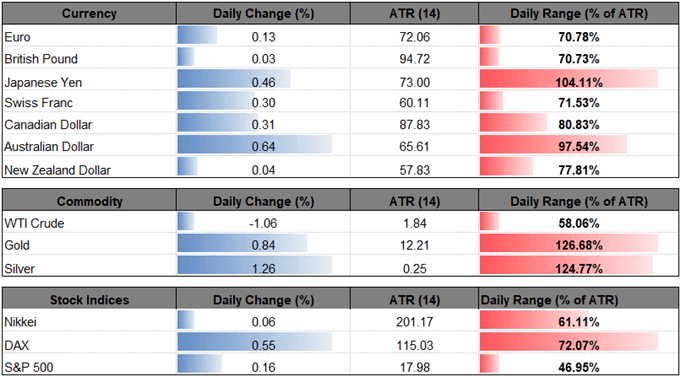 Bullion bounces back from a fresh 2018-low ($1204) as China’s central bank adjusts a reserve requirement for financial institutions, with the PBoC specifically targeting trading in FX forwards by removing the 20% ratio, and it seems as though the region will take additional steps to cushion the real economy amid the growing threat of a trade war with the United States.

Keep in mind, current market themes may continue to drag on gold as recent comments from the Federal Reserve suggest the central bank will continue to normalize monetary policy over the coming months, and the hawkish forward-guidance for monetary policy may continue to heighten the appeal of the U.S. dollar as Chairman Jerome Powell & Co. appear to be on track to implement four rate-hikes in 2018. 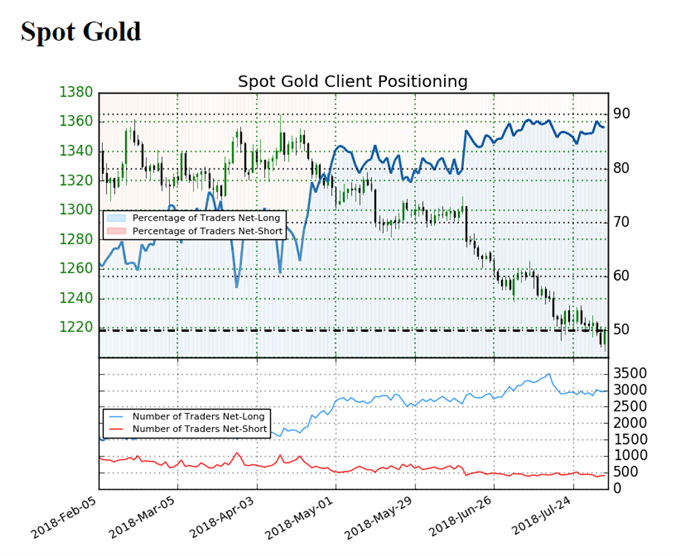 The ongoing skew in retail positioning continues to offer a contrarian view to crowd sentiment, with the recent string of lower highs & lows in keeping the downside targets on the radar as both price and the Relative Strength Index (RSI) retain the bearish formations carried over from earlier this year. 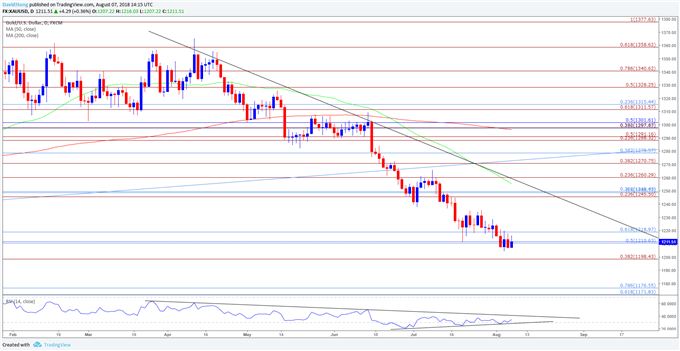 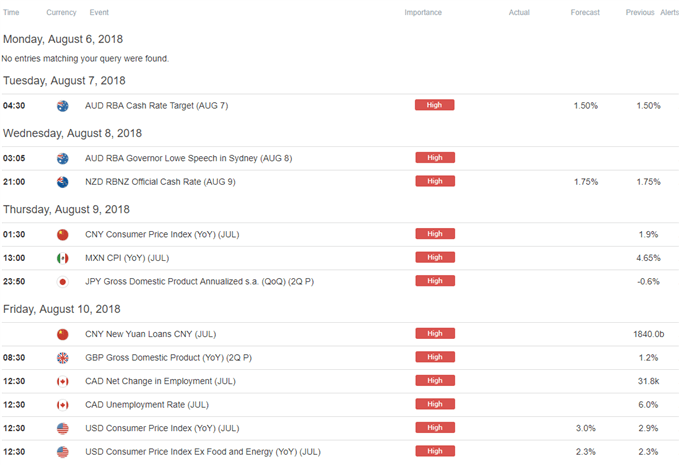