The July-high (113.18) remains on the radar following the Bank of Japan (BoJ) meeting as Governor Haruhiko Kuroda & Co. lower the inflation forecast, and the dovish forward-guidance for monetary policy may keep USD/JPY afloat as the central bank remains in no rush to abandon the Quantitative/Qualitative Easing (QQE) Program with Yield-Curve Control.

The Federal Reserve on the other hand appears to be on track to implement higher borrowing-costs even though the central bank keeps the benchmark interest rate on hold in August, and Chairman Jerome Powell & Co. may continue to prepare U.S. households and businesses for a less-accommodative stance as ‘the Committee expects that further gradual increases in the target range for the federal funds rate will be consistent with sustained expansion of economic activity, strong labor market conditions, and inflation near the Committee's symmetric 2 percent objective over the medium term.’ 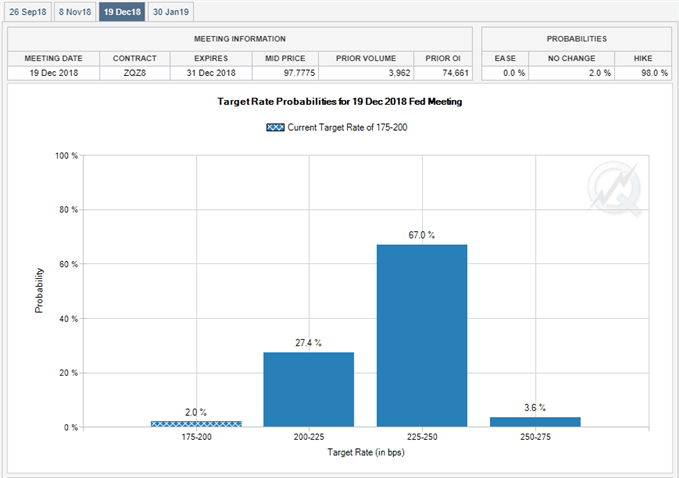 In turn, market participants appear to be gearings up for four rate-hikes in 2018 as Fed Fund Futures continue to reflect expectations for a move in September and December, and the FOMC’s hiking-cycle may keep the U.S. dollar bid over the coming months especially as the central bank largely achieves its dual mandate for full-employment and price stability.

With that said, recent price action fosters a constructive outlook for USD/JPY as it carves a series of higher highs & lows after breaking out of a narrow range, and the exchange rate may make a more meaningful attempt to test the July-high (113.18) going into the U.S. Non-Farm Payrolls (NFP) report as the economy is anticipated to add 192K jobs in July. 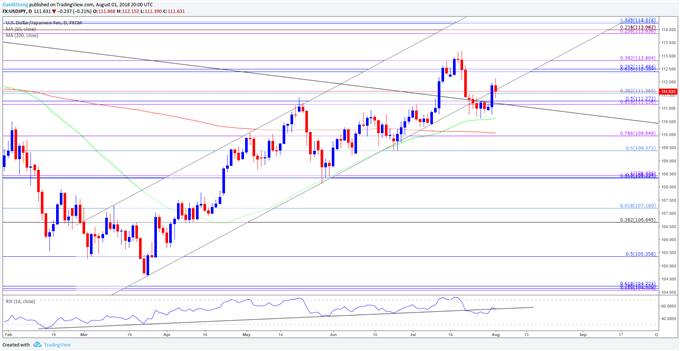 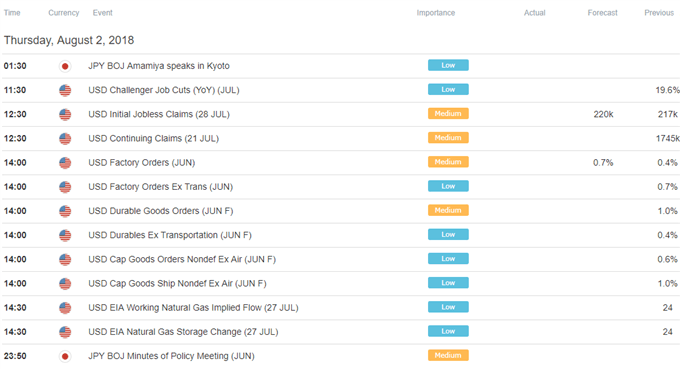