USD/JPY appears to be on track to test the July-high (113.18) as the Bank of Japan (BoJ) remains in no rush to conclude its easing-cycle, and dollar-yen may stage a larger advance going into the Federal Reserve interest rate decision as the exchange rate breaks out a narrow range. 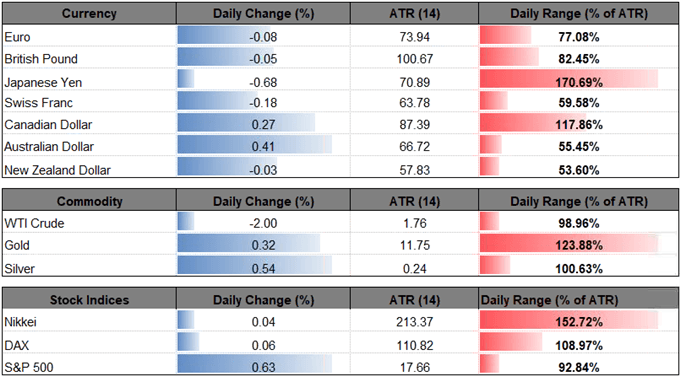 Recent comments from the BoJ suggest the central bank will continue to carry out its Quantitative/Qualitative Easing (QQE) Program with Yield-Curve Control as Governor Haruhiko Kuroda & Co. lower the inflation forecast, with USD/JPY at risk of exhibiting a more bullish behavior amid the diverging paths for monetary policy. 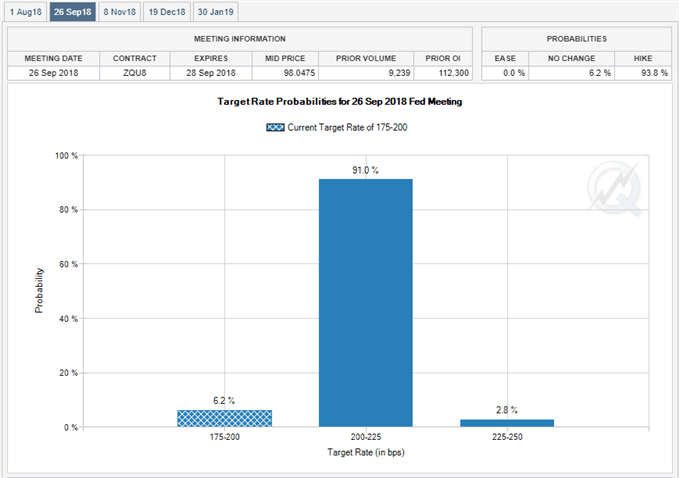 Even though the Federal Open Market Committee (FOMC) is widely expected to keep the benchmark interest rate on hold in August, Chairman Jerome Powell & Co. may utilize the meeting to prepare U.S. households and businesses for higher borrowing-costs as ‘participants generally judged that, with the economy already very strong and inflation expected to run at 2 percent on a sustained basis over the medium term, it would likely be appropriate to continue gradually raising the target range for the federal funds rate to a setting that was at or somewhat above their estimates of its longer-run level by 2019 or 2020.’

As a result, a batch of hawkish Fed rhetoric may fuel the recent advance in USD/JPY as the central bank alters the forward-guidance for monetary policy, but more of the same from Chairman Powell & Co. may rattle the recent strength in the exchange rate as curbs bets for four Fed rate-hikes in 2018.

Keep in mind, recent price action foster a more constructive outlook for USD/JPY as it breaks out of a narrow range, but the broader outlook remains clouded with mixed signals as both price and the Relative Strength Index (RSI) fail to retain the upward trends from earlier this year. 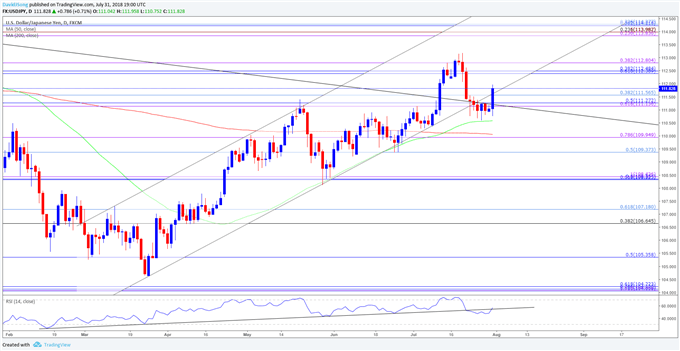