USD/CAD gaps lower ahead of the Federal Reserve interest rate decision on August 1, with recent price action raising the risk for a further decline in the exchange rate as the bearish momentum appears to be gathering pace. 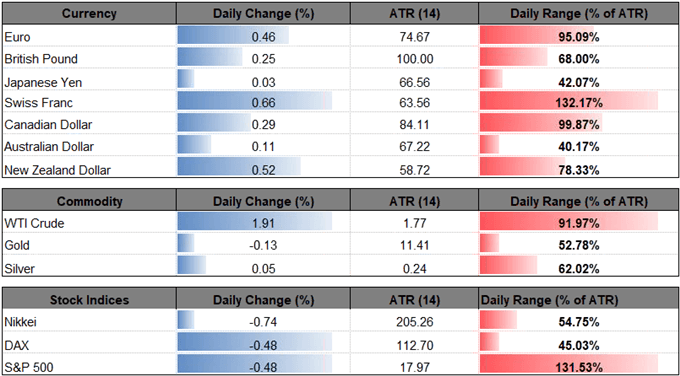 USD/CAD slips to a fresh monthly-low (1.2995) even as the Bank of Canada (BoC) delivers a dovish rate-hike in July, and the Federal Open Market Committee (FOMC) meeting may fuel the recent shift in dollar-loonie behavior as the central bank is widely expected to keep the benchmark interest rate on hold. 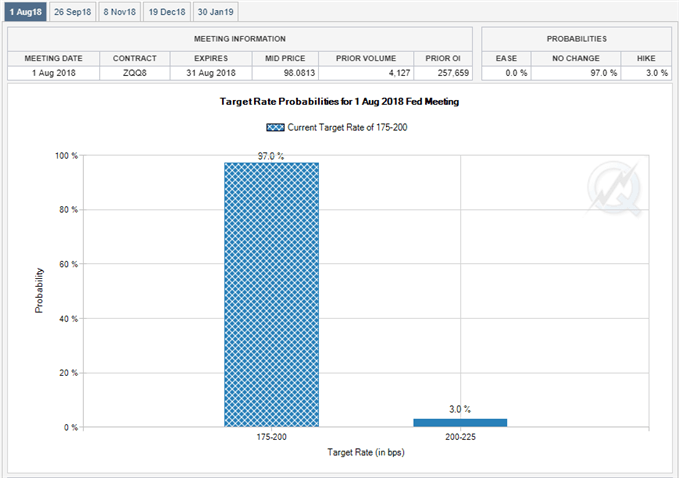 The U.S. Gross Domestic Product (GDP) report may encourage Chairman Jerome Powell & Co. to buy more time as the updates instill a mixed outlook for the economy, and the FOMC may soften its hawkish tone as ‘members agreed that the timing and size of future adjustments to the target range for the federal funds rate would depend upon their assessment of realized and expected economic conditions relative to the Committee's maximum employment objective and symmetric 2 percent inflation objective.’

With that said, the FOMC may merely stick to the current script, with more of the same from Fed officials likely to fuel the recent depreciation in USD/CAD. However, Chairman Powell & Co. may continue to prepare U.S. households and businesses for higher borrowing-costs as the central bank largely achieves its dual mandate for full-employment and price stability, and a further adjustment in the forward-guidance for monetary policy may trigger a bullish reaction in the greenback as the Fed appears to be on track to implement four rate-hikes in 2018.

Nevertheless, failure to retain the upward trend from earlier this year brings the downside targets on the radar for USD/CAD, with recent developments in the Relative Strength Index (RSI) highlighting the risk for a further decline in the exchange rate as the momentum indicator extends the bearish formation carried over from the previous month. 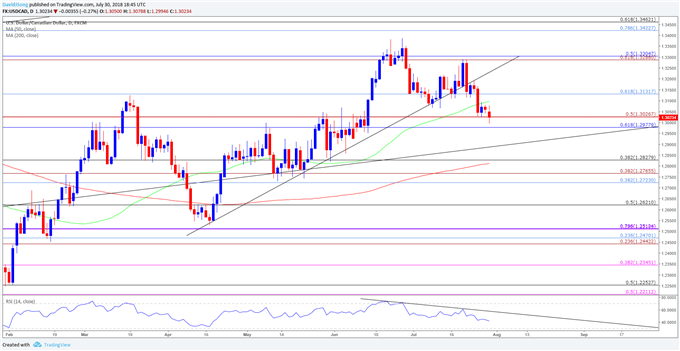