Oil prices continue to pare the decline from earlier this month as recent comments from Russia’s Energy Minister,Alexander Novak, suggest the Organization of the Petroleum Exporting Countries (OPEC) and its allies will retain its efforts to rebalance the energy market, and crude may continue to exhibit a bullish behavior over the coming days as it breaks out of the range-bound price action from the previous week. 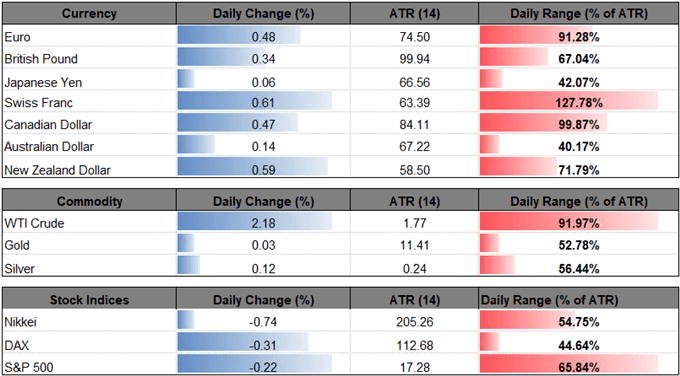 The advance from the monthly-low ($67.08) appears to be gathering pace as Mr. Novak pledges to ‘follow the decisions made in June’ at OPEC’s 174th meeting, and it looks as though the group will continue to operate below full-capacity as ‘the decision we have for now is for 1 million barrels until the end of the year, with the condition that in September we will look at production-consumption balance.’

The comments suggest OPEC and its allies will regulate crude production beyond 2018 despite the renewed sanctions on Iran, and signs of easing output in the United States may fuel the recent advance in oil prices as recent updates from the U.S. Energy Information Administration (EIA) showed field production holding steady at 11,000K b/d in the week ending July 20.

With that said, supply-side adjustments may keep oil prices afloat, and the broader outlook for crude still constructive as both price and the Relative Strength Index (RSI) track the upward trends from earlier this year. 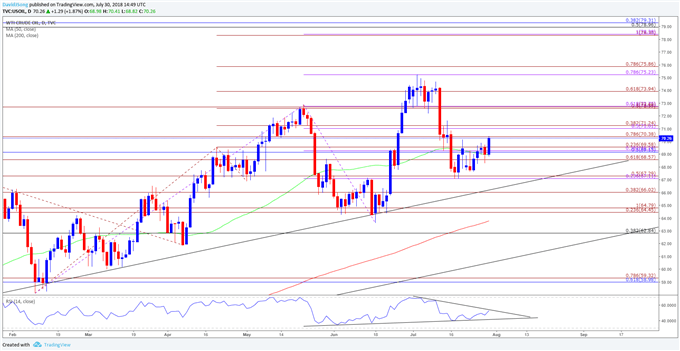 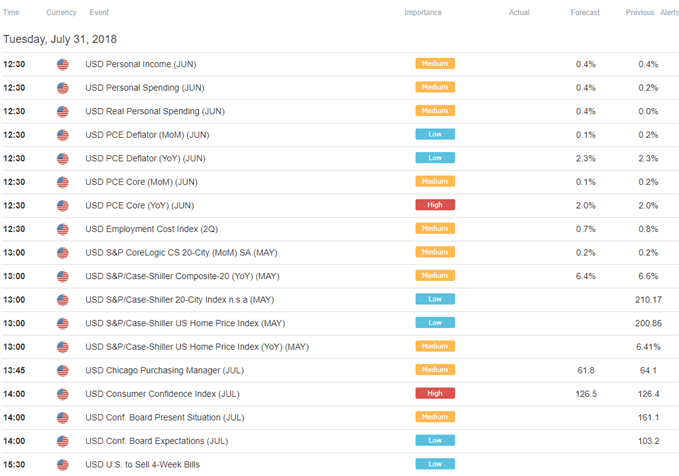