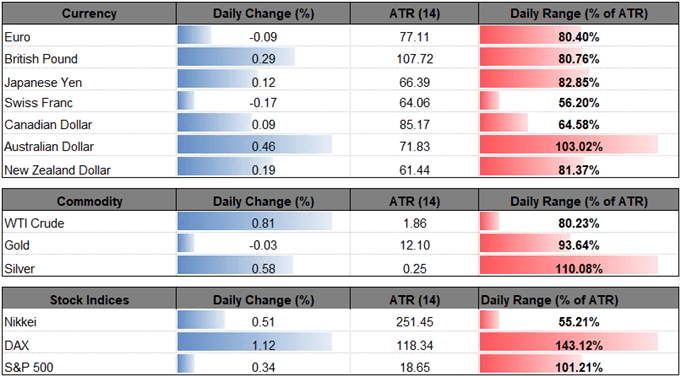 NZD/USD holds a narrow range after failing to test the monthly-high (0.6859), and fresh data prints coming out of New Zealand may do little to boost the appeal of the local currency as updates to the Balance of Payments (BoP) are anticipated to show the Trade Balance surplus narrowing to NZ$200M from NZ$294M in May.

The fresh figures may do little to alter the outlook for monetary policy as the Reserve Bank of New Zealand (RBNZ) warns that ‘the recent weaker GDP outturn implies marginally more spare capacity in the economy than we anticipated,’ and Governor Adrian Orr & Co. looks poised to keep the official cash rate (OCR) on hold at next meeting on August 9 as ‘consumer price inflation remains below the 2 percent mid-point of our target, necessitating continued supportive monetary policy for some time to come.’

With the government under Prime Minster Jacinda Ardern embarking on new legislation to incorporate a dual mandate for the RBNZ, the upcoming structural changes may keep Governor Orr & Co. on the sidelines throughout 2018, and the central bank may even carry the wait-and-see approach into the year ahead as the committee is ‘well positioned to manage change in either direction – up or down – as necessary.’

With that said, the deviating paths for monetary policy may continue to foster a bearish outlook for NZD/USD as the Federal Open Market Committee (FOMC) appears to be on track to implement higher borrowing-costs, with recent developments highlighting the risk for a further decline in the exchange rate as both price and the Relative Strength Index (RSI) appear to be responding to trendline resistance. Sign up and join DailyFX Currency Analyst David Song LIVE for an opportunity to discuss potential trade setups! 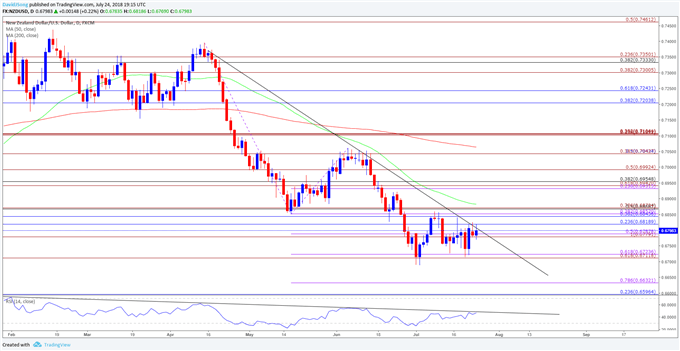