Oil holds a narrow range even as U.S. President Donald Trump fires warning shots against Iran, and the near-term correction in crude appears to have stalled as energy prices come off of the monthly-low ($67.08). 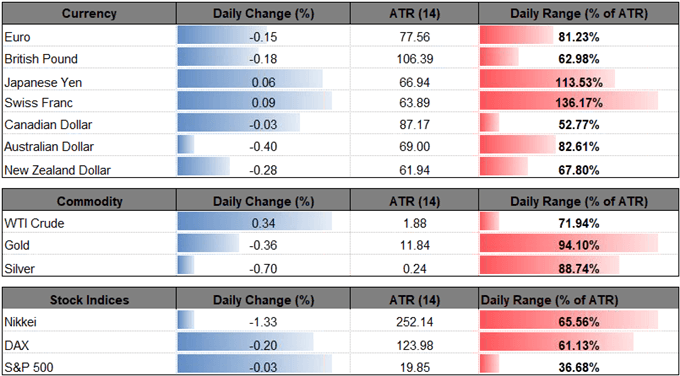 President Trump tweeted Iran ‘will suffer consequences’ if the oil producer threatens the United States again, but the limited reaction suggests crude may continue to face choppy price action over the days ahead as especially Organization of the Petroleum Exporting Countries (OPEC) and its allies remain committed to rebalancing the energy market.

Moreover, recent remarks from Iran Minister of Petroleum,Bijan Namdar Zanganeh, suggest the group will continue to carry out its production-cutting measures as the official argues that ‘dishonoring the OPEC deal by some countries would cause the organization to suffer greatly from the point of view of dignity,’ and the ongoing adjustment in global supply may continue to foster a long-term bullish outlook for crude as oil prices extend the upward trend from earlier this year.

Keep in mind, updates from the U.S. Energy Information Administration (EIA) showed field production picking up for the first time in nearly a month, with outputs increasing to 11,000K b/d from 10,900K b/d in the week ending July 6, and OPEC and its allies may keep the door open to make additional adjustments to its production schedule in an effort to keep oil prices afloat.

In turn, the broader outlook for crude remains constructive as both price and the Relative Strength Index (RSI) track the upward trends from earlier this year, and crude may work its way back towards the top of the July range amid the string of failed attempt to break/close below the $67.10 (23.6% expansion) to $67.30 (50% expansion) region. 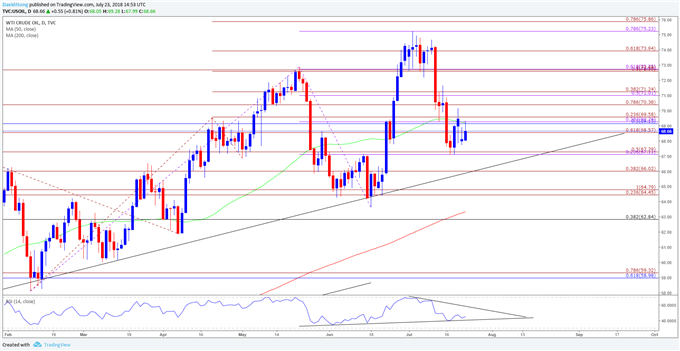