USD/JPY quickly gives back the advance from earlier this month as U.S. President Donald Trump warns that a strong dollar is ‘taking away’ the competitive advantage of the U.S. economy, and recent price action points to a larger pullback as the Relative Strength Index (RSI) flashes a textbook sell-signal. 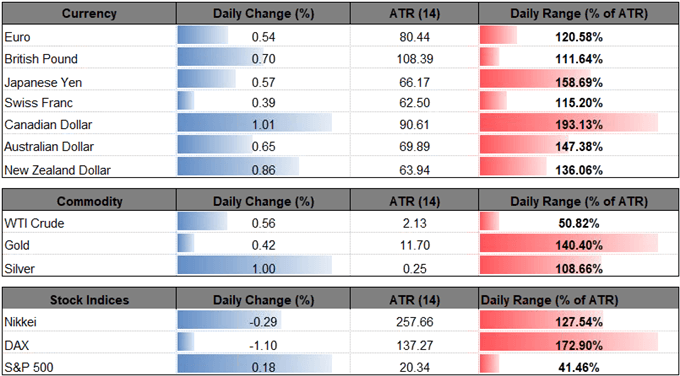 The near-term advance in USD/JPY flops ahead of the December-high (113.75) amid the recent remarks from the U.S. President, and growing criticisms surrounding the Federal Reserve’s policy may continue to produce headwinds for the dollar as it rattles the outlook for monetary policy. 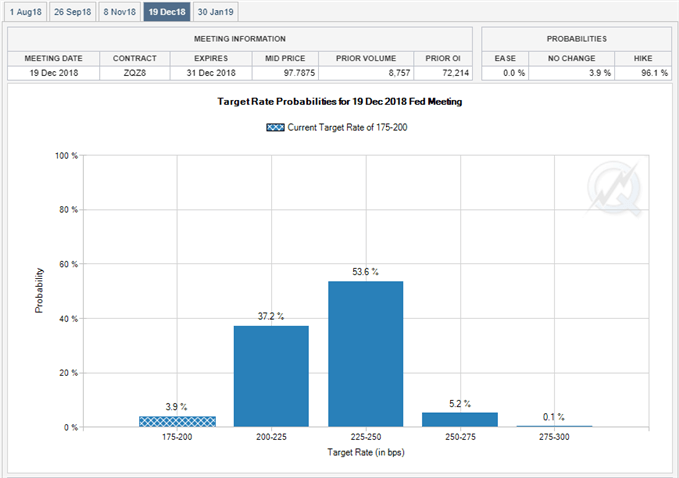 Fed Fund Futures highlight dwindling expecting for four rate-hikes in 2018, with market participant now pricing a less than 60% probability for a move in December, but it seems as though the Federal Open Market Committee (FOMC) will stay on course to implement higher borrowing-costs over the coming months as Chairman Jerome Powell strikes a hawkish tone while delivering the semi-annual Humphrey-Hawkins testimony in front of Congress.

Even though the FOMC is widely expected to retain the current policy at the next interest rate decision on August 1, the committee may continue to prepare U.S. households and businesses for higher borrowing-costs in an effort to defend its independence, and a batch of hawkish comments should help to boost the appeal of the U.S. dollar as the committee warns that ‘it would likely be appropriate to continue gradually raising the target range for the federal funds rate to a setting that was at or somewhat above their estimates of its longer-run level by 2019 or 2020.’

In turn, the FOMC’s hiking-cycle should continue to foster a long-term bullish outlook for USD/JPY especially as the Bank of Japan (BoJ) remains in no rush to conclude its Quantitative/Qualitative Easing (QQE) Program with Yield-Curve Control, but the reaction to the slew of tweets from President Trump raises the risk for a larger pullback as the exchange rate initiates a fresh series of lower highs & lows, while the RSI finally falls back from overbought territory and approaches trendline support. 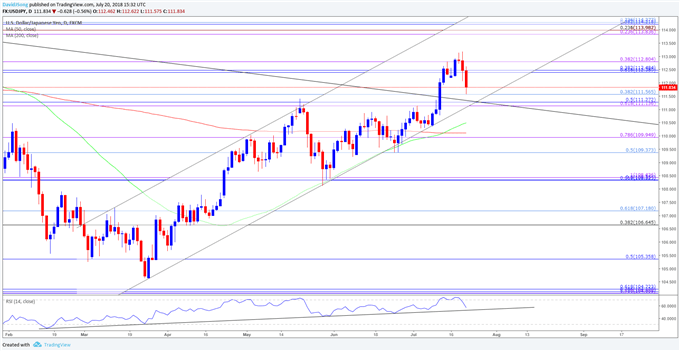 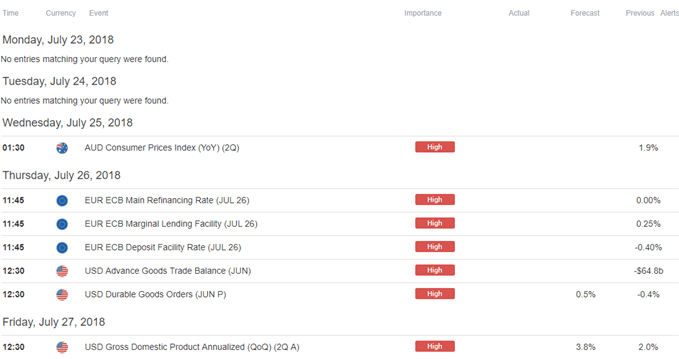