NZD/USD outperforms its major counterparts even as Federal Reserve Chairman Jerome Powell strikes a hawkish tone in front of U.S. lawmakers, but the broader outlook for the exchange rate remains tilted to the downside as both price and the Relative Strength Index (RSI) preserve the bearish trends from earlier this year. 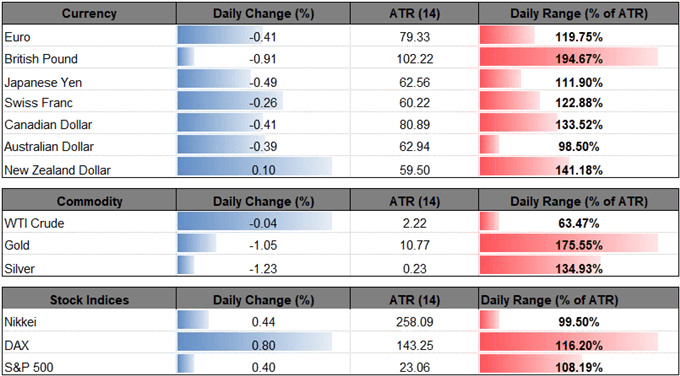 The updates to New Zealand’s Consumer Price Index (CPI) has propped up NZD/USD as the report revealed the core rate of inflation climbing 1.7% per annum in the first-quarter of the year to mark the fastest pace of growth since 2011. 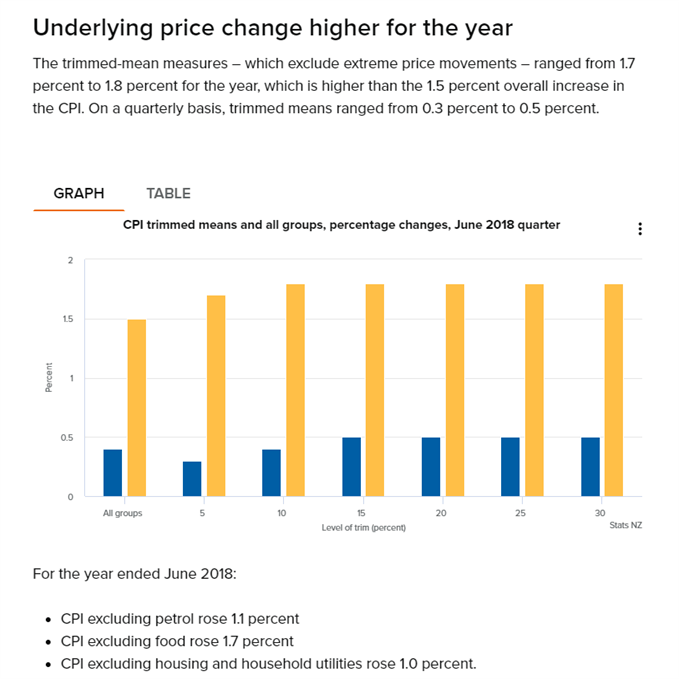 However, the data may do little to sway the monetary policy outlook as the Reserve Bank of New Zealand (RBNZ) insists ‘consumer price inflation remains below the 2 percent mid-point of our target,’ and Governor Adrian Orr and Co. may attempt to buy more time at the next meeting on August 9 as the central bank pledges to keep the official cash rate (OCR) at ‘an expansionary level for a considerable period.’

The deviating paths for monetary policy is likely to keep NZD/USD under pressure as the Federal Open Market Committee (FOMC) appears to be on track to implement higher borrowing-costs, and it seems as though Chairman Powell & Co. will deliver four rate-hikes in 2018 as the committee ‘believes that--for now--the best way forward is to keep gradually raising the federal funds rate.’

In turn, the FOMC may continue to prepare U.S. households and businesses for higher interest rates even though the central bank is widely expected to keep the benchmark interest rate on hold in August, and officials may reiterate that it ‘would likely be appropriate to continue gradually raising the target range for the federal funds rate to a setting that was at or somewhat above their estimates of its longer-run level by 2019 or 2020’ as the central bank largely achieves its dual mandate for full-employment and price stability.

With that said, the broader outlook for NZD/USD remains tilted to the downside as both price and the Relative Strength Index (RSI) retain the downward trend from earlier this year, and the lack of momentum to test the monthly-high (0.6859) may keep the pair capped over the remainder of the week especially as the exchange rate appears to be responding to trendline resistance. Sign up and join DailyFX Currency Analyst David Song LIVE for an opportunity to discuss potential trade setups! 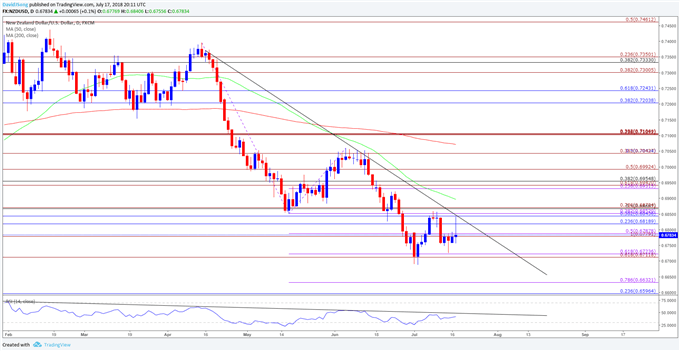