USD/JPY climbs to a fresh monthly-high (112.80) ahead of the semi-annual Humphrey-Hawkins testimony, with the dollar-yen exchange now at risk of making a run at the 2018-high (113.39) as it extends the series of higher highs & lows from earlier this week. 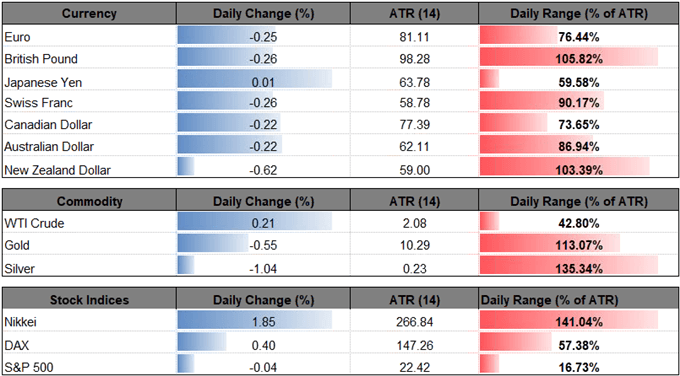 Despite the growing threat of a trade war, recent comments from Chairman Powell suggest the Federal Open Market Committee (FOMC) will stay on course to further normalize monetary policy as the U.S. economy is in a ‘good place.’

In turn, Chairman Powell may continue to strike a upbeat tone in front of U.S. lawmakers as the central bank head pledges to ‘work in a strictly nonpolitical way, based on detailed analysis,’ and a batch of hawkish comments is likely to boost the appeal of the greenback as the Fed appears to be on track to implement four rate-hikes in 2018. 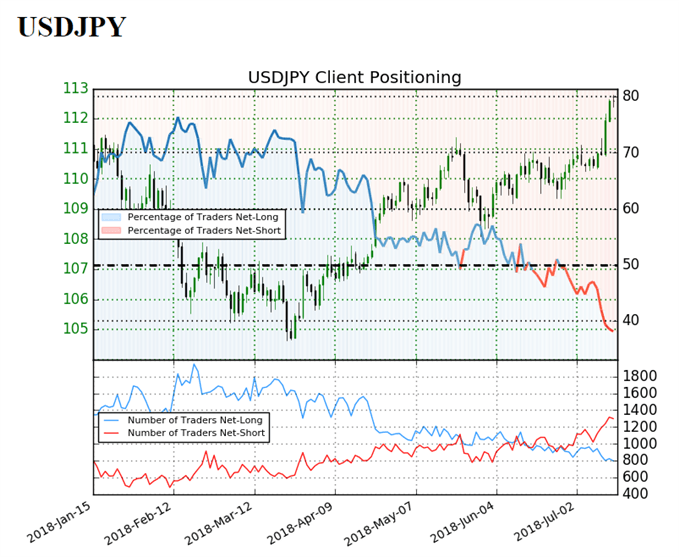 Keep in mind, the IG Client Sentiment report shows the retail crowd has remained net-short since June 28 when USD/JPY traded near the 110.50area even though price has moved 1.9% higher since then.

It looks as though the swing in retail positioning will continue as the number of traders net-long is 5.2% lower than yesterday and 20.3% lower from last week, while the number of traders net-short is 5.0% higher than yesterday and 17.0% higher from the previous week. The recent shift in sentiment offers a contrarian view as retail traders appear to be going against the current trend and continue to boost their net-short exposure, with USD/JPY at risk of extending the recent rally as it continues to carve a series of higher highs & lows.

At the same time, recent developments in the Relative Strength Index (RSI) suggest the bullish momentum is gathering pace as the oscillator pushes deeper into overbought territory, and the dollar-yen exchange rate is likely to stay bid as long as the indicator holds above 70. 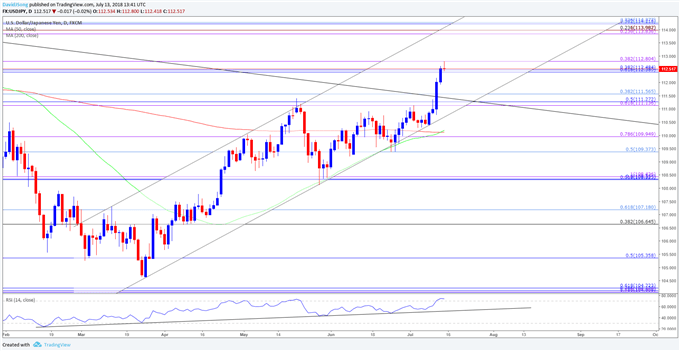 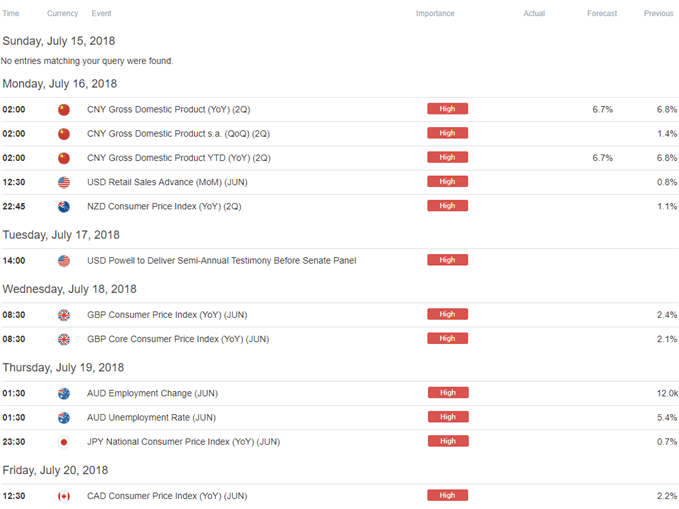