USD/JPY Remains Overbought Even as U.S. Data Fails to Impress

The recent rally in USD/JPY appears to be losing momentum as fresh data prints coming out of the U.S. economy do little to boost bets for four Fed rate-hikes in 2018, but recent price action keeps the topside targets on the radar as the Relative Strength Index (RSI) climbs into overbought territory. 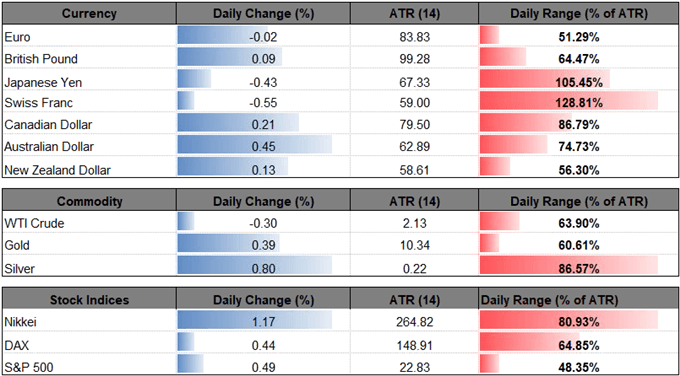 USD/JPY Remains Overbought Even as U.S. Data Fail to Impress

The updates to the U.S. Consumer Price Index (CPI) showed the headline print climbing to 2.9% from 2.8% in May, with the core rate also advancing to 2.3% from 2.2% during the same period. However, separate figures from the Bureau of Labor Statistics (BLS) showed Real Average Hourly Earnings holding flat for the second consecutive month in June, while Real Average Weekly Earnings increased 0.2% after expanding 0.3% the month prior.

Heightening price pressures paired with signs of subdued wage growth may encourage the Federal Open Market Committee (FOMC) to strike a more balanced tone at the next meeting on August 1, and Chairman Jerome Powell & Co. may strike a more balanced tone as ‘the recent large increases in consumer energy prices had pushed up total PCE price inflation relative to the core measure, and this divergence was expected to continue in the near term, resulting in a temporary increase in overall inflation above the Committee's 2 percent longer-run objective.’ 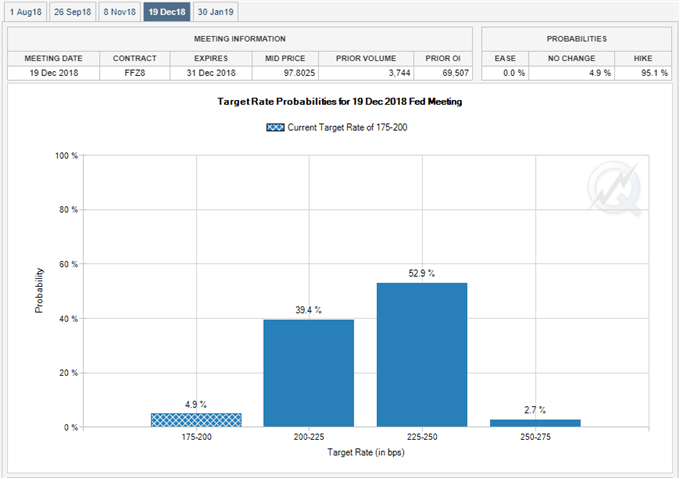 With that said, Fed Fund Futures reflects limited bets for a December rate-hike, and lackluster data prints coming out of the U.S. economy may continue to sway the monetary policy outlook as the FOMC reiterates that ‘the timing and size of future adjustments to the target range for the federal funds rate would depend upon their assessment of realized and expected economic conditions relative to the Committee's maximum employment objective and symmetric 2 percent inflation objective.’

Keep in mind, the broader outlook for USD/JPY remains constructive as both price and the Relative Strength Index (RSI) preserve the bullish formations from earlier this year, and recent developments in the momentum indicator warns of a further advance in the dollar-yen exchange rate as the oscillator pushes into overbought territory. 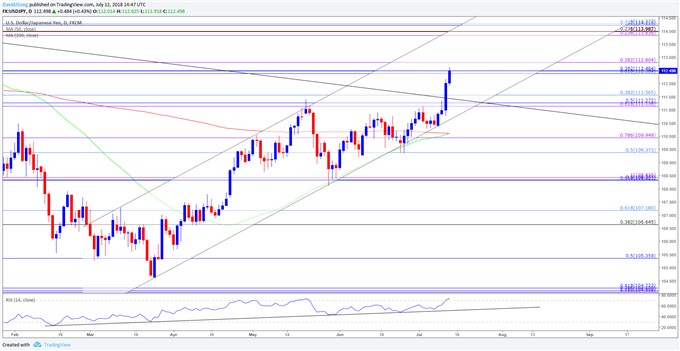 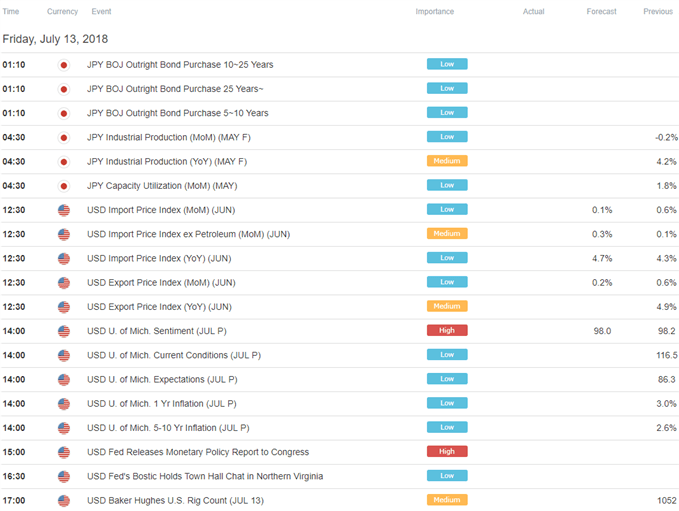