USD/CAD Rebound Stalls Ahead of Bank of Canada (BoC) Meeting

The recent rebound in USD/CAD appears to stalling ahead of the Bank of Canada (BoC) meeting as data prints coming out of the Canadian economy boost bets for an imminent rate-hike. 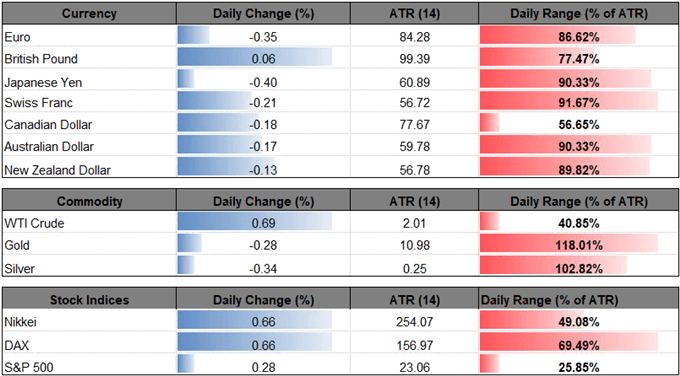 USD/CAD Rebound Stalls Ahead of Bank of Canada (BoC) Meeting

Canada Housing Starts climbed to 248.1K in June despite forecasts for a 210.0K print, while Building Permits increased 4.7% in May versus projections for a flat reading. Signs of rising activity may encourage the BoC to further normalize monetary policy in the second-half of 2018 as ‘inflation in Canada has been close to the 2 per cent target and will likely be a bit higher in the near term than forecast,’ and the central bank may implement a 25bp this month as ‘developments since April further reinforce Governing Council’s view that higher interest rates will be warranted to keep inflation near target.’ 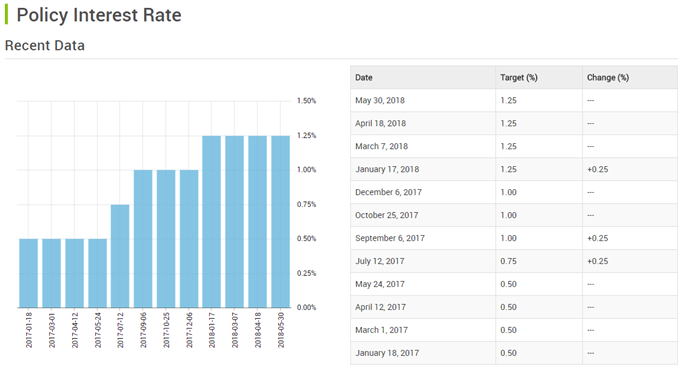 Keep in mind, the BoC may follow a similar approach to earlier this year as Governor Stephen Poloz & Co. reiterate that the ‘Governing Council will take a gradual approach to policy adjustments,’ and a dovish rate-hike may ultimately produce a bearish reaction in the Canadian dollar as the central bank appears to be in no rush to implement higher borrowing-costs.

With that said, the Federal Open Market Committee’s (FOMC) hiking-cycle may continue to influence the broader outlook for USD/CAD as Chairman Jerome Powell & Co. appear to be on course to implement four rate-hikes in 2018, but recent price action raises the risk for a larger pullback as the bullish momentum appears to be abating. Even though the exchange rate seems to be responding to trendline support, the Relative Strength Index (RSI) highlights a different dynamic as the oscillator fails to preserve the bullish formation from earlier this year. 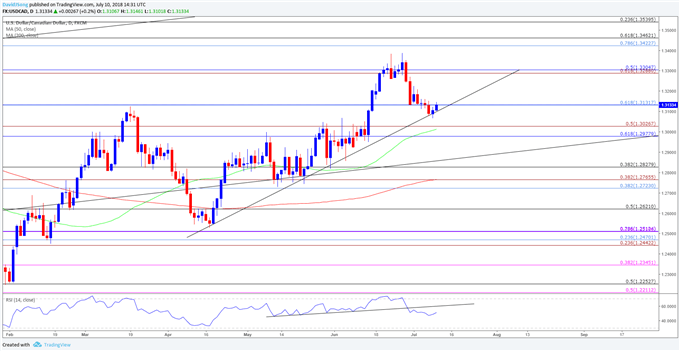 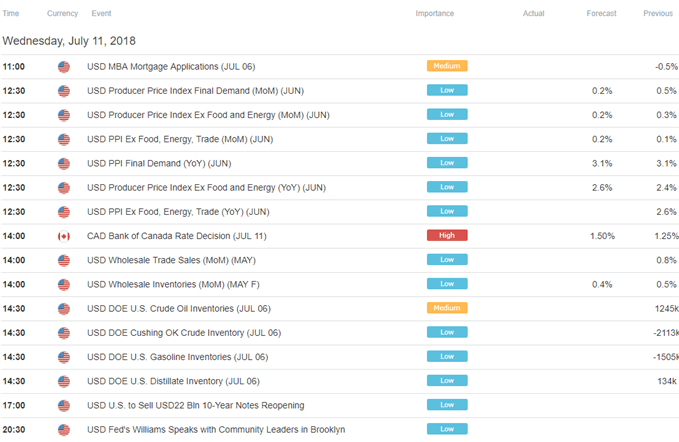